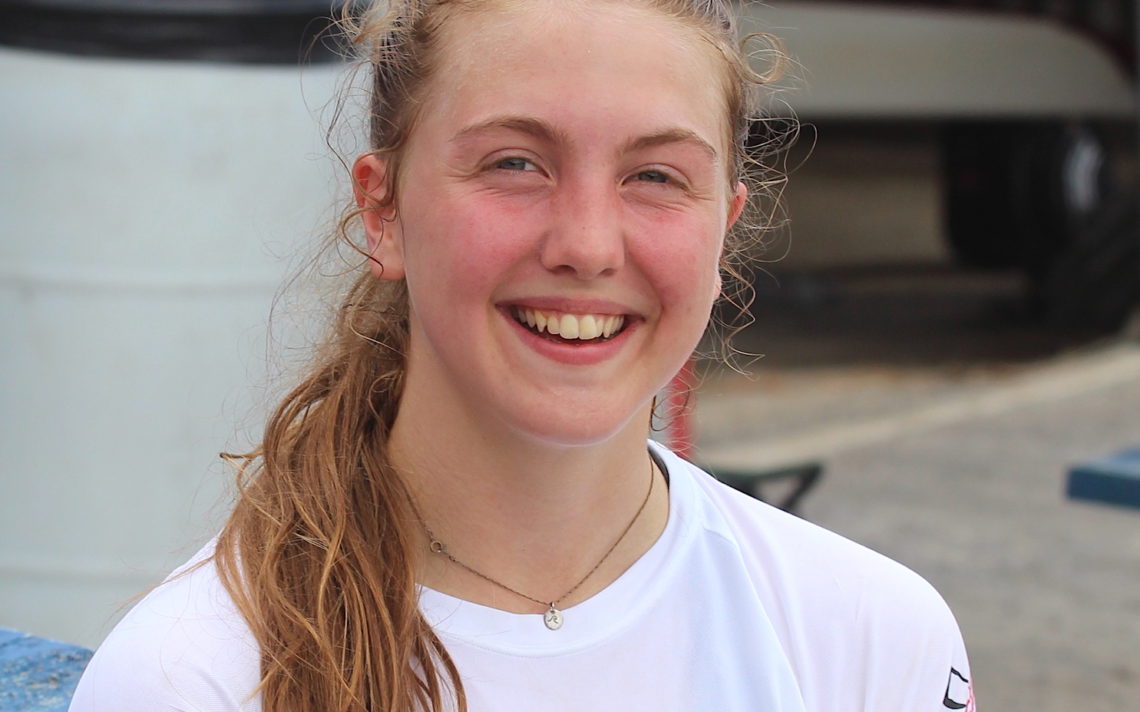 Hailey Mercuri is making a meteoric rise through the ranks of rowing.

The Grade 11 student at Grimsby and District Secondary School won a Schoolboy gold medal in the junior girls double when she was in Grade 9 and last summer was a member of a Ridley Graduate Boat Club junior girls double that captured gold at the Royal Canadian Henley Regatta. On Friday, the 17-year-old won her heat in the senior girls 63-kilogram single at the Canadian Secondary Schools Rowing Association championships in St. Catharines.

“She is a younger senior sculler and she has come on like gangbusters,” Grimsby coach Michele Fisher said. “She has the ability to train very hard and she’s very competitive. She is an easy athlete to coach.”

Mercuri feels she has made great strides in the last few years.

“I have definitely changed physically,” she said. “Apparently my arms have gotten a lot bigger and technically I am better as well, My coach, Michele Fisher, knows what she is talking about and she has really helped me make improvements.”

She is a self-motivated athlete.

“I train a lot on my own,” Mercuri said. “I do a lot of running and I used to do karate in the past. I do body weights and whatever I can do as long as there is still time for practice.”

A well-spent off-season has been a big benefit for Mercuri.

“We did a full winter training plan, including strength weights and core which she loves doing,” Fisher said. “She is one of the strongest athletes I’ve coached in her core and it really shows up in her rowing and her posture when she rows. She is able to handle the loads that she puts on her body.”

Mercuri is feeling confident heading into the weekend at the CSSRA championships.

“I did it (single) last year and I wasn’t as good, but I have definitely improved from then,”she said. “I’ve done my tapering and I feel ready to do my races.”

She loves the single as much as the double.

She won’t have much time to relax once the CSSRA championships are over. On Monday, she will be at the South Niagara Rowing Club taking part in the junior national team trials.

“I’ve been working towards this for a long time and I know I have done pretty well at the previous trials,” she said. “Considering my size and the people I was against, I got a pretty good time.”

Everyone around her has encouraged her throughout the process.

“I have definitely been improving and it is good to see,” she said.

On Mother’s Day weekend, she was fourth among Ontario athletes in time trials which landed her an invite to the training camp. Fisher likes her chances at making the junior national team or the roster for the CanAmMex Regatta.

“Being that she is just finishing Grade 11, she has all next year to break into that again,” Fisher said.

Mercuri is ready for the challenge.

“I am a new person going in and I don’t have as much experience, but I think I have a chance,” she said.

She would love to make the team.

“Since it’s a higher level, you get to train with good people who have been really working hard and have the same goals as you,” she said. “They are all devoted to the sport.”

She is hoping her devotion will pay off in the long run.

“I am thinking that I want to try and get on the Canadian team one day and maybe go to the university in the U.S.,” she said. “But I know there’s a lot of Canadian schools and I have been looking at them as well.”