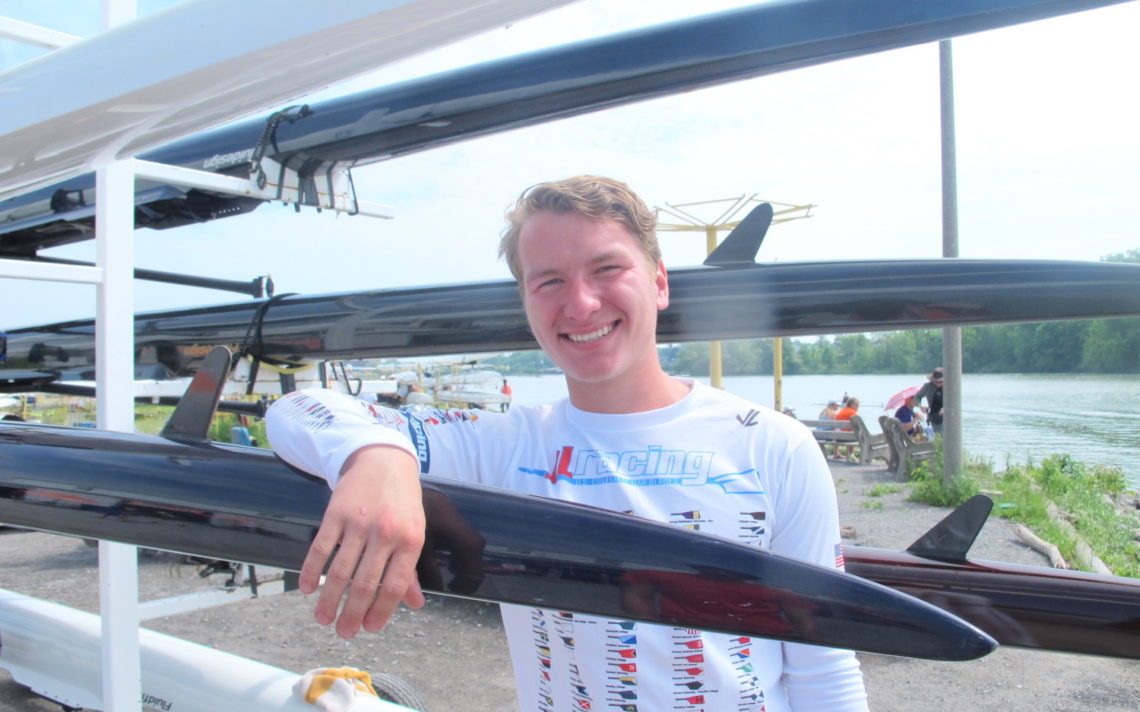 Living and rowing with cystic fibrosis

Gunther Schwartz appears to be pretty much like any other of the 1,900 athletes at this year’s Canadian Secondary Schools Rowing Association Championship.

The 18-year-old Florida resident loves rowing, has played a variety of other sports, and was quite proud to display his red and white Canadian cowboy hat.

But Schwartz isn’t like the rest of the athletes in that he deals with a disease which requires daily therapy and dozens of medications.

Schwartz was diagnosed with cystic fibrosis, a genetic disorder that affects mostly the lungs, when he was three years of age.

But from the time he was diagnosed, Schwartz, with the help of his family, has pledged to live with the disease and not let it define who is.

Impressive words to live by, and for Schwartz, they are more than just words. They are his mantra.

He rises daily at 5 a.m. to do an hour of treatment, then drives another hour from his home in Fort Pierce to the North Palm Beach Rowing Club where he trains with former St. Catharines resident Brian Elliott.

Schwartz said rowing gave him the challenge he was looking for from a sport.

“I played basketball, soccer and football and it was fun, but it never had that edge that I was just craving for,” he said. “When I rowed at school, it clicked and I knew it was what I wanted to do.

“I fell in love with the sport.”

And Elliott fell in love with Schwartz and his determination.

“I talk to him like he’s my own kid,” said Elliott, a graduate of Sir Winston Churchill, who has 10 CSSRA medals to his credit. “He’s one of the nicest kids I’ve ever coached in my life.

“I’ve never seen a kid that can push himself like that. It makes me cry.”

Schwartz is making his CSSRA debut this weekend in a pair with his long-time friend Cole Orsini.

“Half the things Gunther says to me are inspirational speeches,” Orsini laughed.

“Obviously, rowing with Gunther and knowing everything about what he’s going through, makes me want to go 110 per cent because if I just pull 100 per cent, it’s not going to match his 110 per cent.” 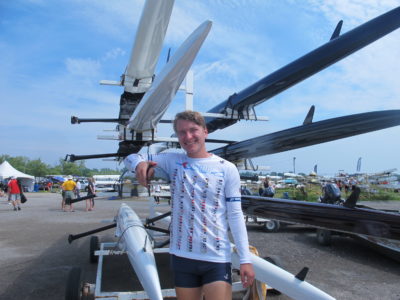 Schwartz said when he is on the water, it’s more of a mental game to get through the race or workout.

“Row every stoke perfectly, that’s it,” he said when asked for his mindset on the water. “Get your oar in the water, inhale, exhale, get it out clean.

“At around 1,200 metres the fight kicks in. That’s what I call it in my head and that’s when I remind myself to breathe and it will go away.”

Schwartz is used to fighting.

The disease often makes it difficult for him to breathe and he is constantly battling sinus infections and headaches.

“I can feel a storm coming,” he said. “It’s excruciating pain when a storm comes. Little things that some people take for granted like breathing can be a challenge for me. Sometimes I can wake up and it’s there and the next day it’s not.”

He needs to take medication before meals to help him digest his food and in the morning grabs a handful of pills to help wjth the pain and headaches.

It is a lot for an 18-year-old to live with, but Schwartz feels the best way to deal with the disease is to tackle it head on.

“I feel it hasn’t defined me but it’s given me the character traits that define me,” he said. “It’s taught me a good work ethic, it’s taught me numerous things like self-discipline.”

Of course, he has bad days like everyone, but those brief setbacks don’t deter him.

“There are days when I wake up and I just don’t want to do my treatments,” he said. “It’s like anybody else. We’re all human but I just dig deep.

Schwartz plans to continue rowing and even coach as he heads off to college to study business administration.