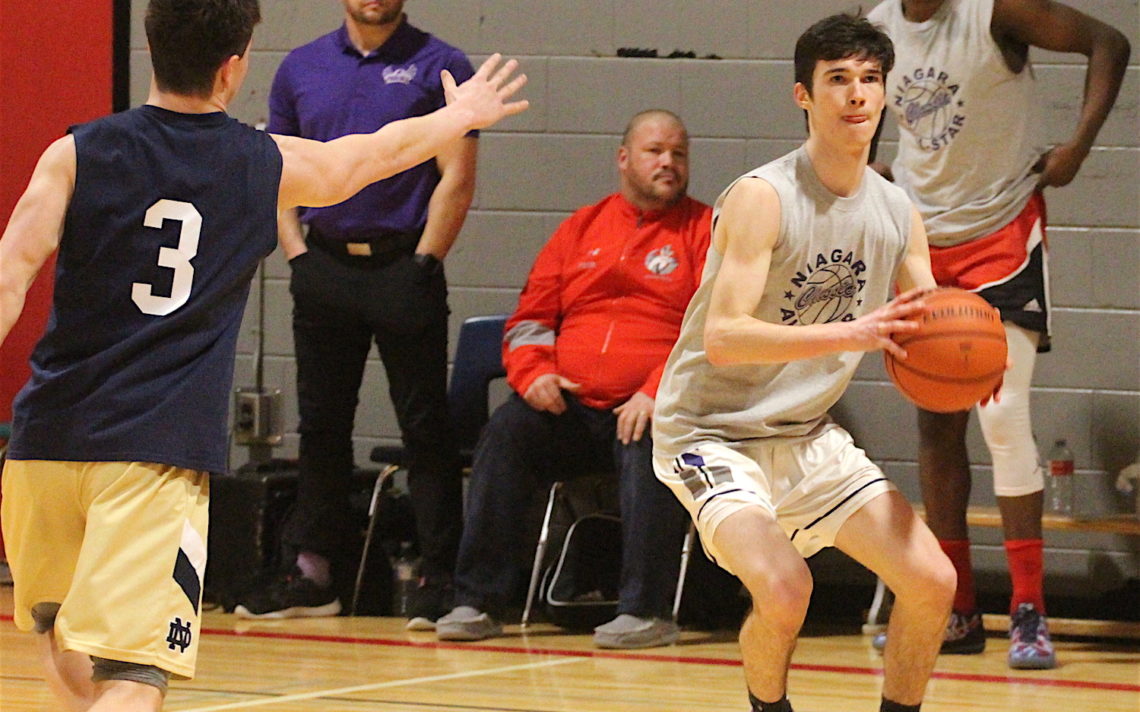 St. Francis’ Jack Riddell (right) was a member of the Niagara Tigers 16 and under boys basketball team that went 1-2 at an Adidas Silver Gauntlet Circuit tournament in Indianapolis. BPSN file photo.

The Niagara Tigers 16 and under boys basketball team became the first Niagara-based team to participate on the Adidas Silver Gauntlet Circuit when they traveled to Indianapolis last weekend.

Pitted against some highly competitive teams from across North America, the Tigers demonstrated that if Niagara’s best players at each grade are put on same team, the region can be competitive with some larger centres.

In the opening game, the Tigers lost a hard-fought battle to the Philly Hurricanes 72-66. The team adjusted well to both the speed and physicality of play and had an opportunity to win until the final minute.

In its next game against a strong Indiana Elite team which had won its opening game, Niagara played extremely well and some outstanding overall three-point shooting led the team to an 82-65 upset victory. Due to a point differential scenario, the team advanced to the Gold bracket playoff and it was awarded first place in the four-team pool.

In the playoff round, the Tigers faced Brothers Keeper, a Toronto-based club with several prep school players. In a seesaw battle that saw several lead changes, Niagara lost 70-63.

It was a tremendous learning experience for the team and opened the players’ eyes to what is needed to succeed against high level athletes and teams. The potential for exposure will only grow as the team succeeds as numerous coaches were in attendance, but tended to congregate to watch the more established programs or the later playoff games. It will be a goal of the program to make a name for itself so that the individuals on the team have an opportunity to be seen by various coaches and schools.

The Tigers will travel to Chicago in late May for the second step on the circuit hoping to qualify for the championship event held in South Carolina in July. By winning their pool at this event, they have a legitimate shot with two or three solid victories. That would be an amazing accomplishment in just the first year of the program

The team also had the opportunity to visit the EYBL Nike games featuring the best high school players in the world. The boys were inspired by the sight of all of the big time U.S. coaches in attendance in addition to numerous past and present NBA stars, including Patrick Ewing and Scottie Pippen.

Following are the top results from members of the Niagara Falls Lightning Gymnastics Club who competed at the Emerald Classic in London Ontario April 20-22:

The Bulldogs were lead by two goals from Evan Rewoury and Gavin MacGregor and singles were netted by Ben Katzman, Kyle Beckman, Carter Geoffroy and Nathan Sneath. Fort Erie goals were scored by Josh Burton and Joe Hudson. 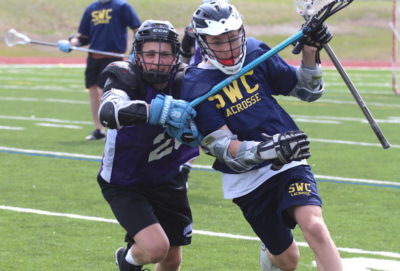 Churchill will take on the winner of Governor Simcoe vs Grimsby next Wednesday while Greater Fort Erie plays E.L. Crossley in Zone 4 play.

In a 13-2 romp over E.L. Crossley, the Bulldogs received goals from Katzman (5), Beckman (4), MacGregor (3) and Smith (1). Playing well were Reid Edmunds, Liam Armstrong and Nathan Sneath. 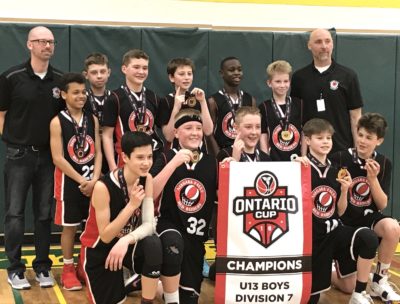 The Niagara Falls Red Raiders under-13 boys basketball team won Division 7 of the Basketball Ontario championships with a 70-56 victory over Mississauga in the gold-medal game.

On the way to the finals, the Red Raiders defeated the Etobicoke Thunder 62-55, CBA Varsity 43-33 and the North Toronto Huskies 61-44.

Ward rallied from five shots back on the final nine holes to record the victory.

The next stop on the tour is May 20-21 at Whirlpool before the series closes out July 1-2 at the Battlefield course at Legends on the Niagara.

“Helping the game to grow has been part of the Niagara Parks golf mandate since we opened the Whirlpool Golf Course in 1951,” stated Niagara Parks Chair Janice Thomson in a press release. “Today, Niagara Parks operates three championship golf courses, a 9-hole short course, a par-3 course and one of the best practice facilities in Canada, where we offer regular promotions to encourage young boys and girls to play the game. From reduced green fees to weekly clinics and special rates for practice and lessons, we believe that growing the game of golf starts at the grassroots level.”