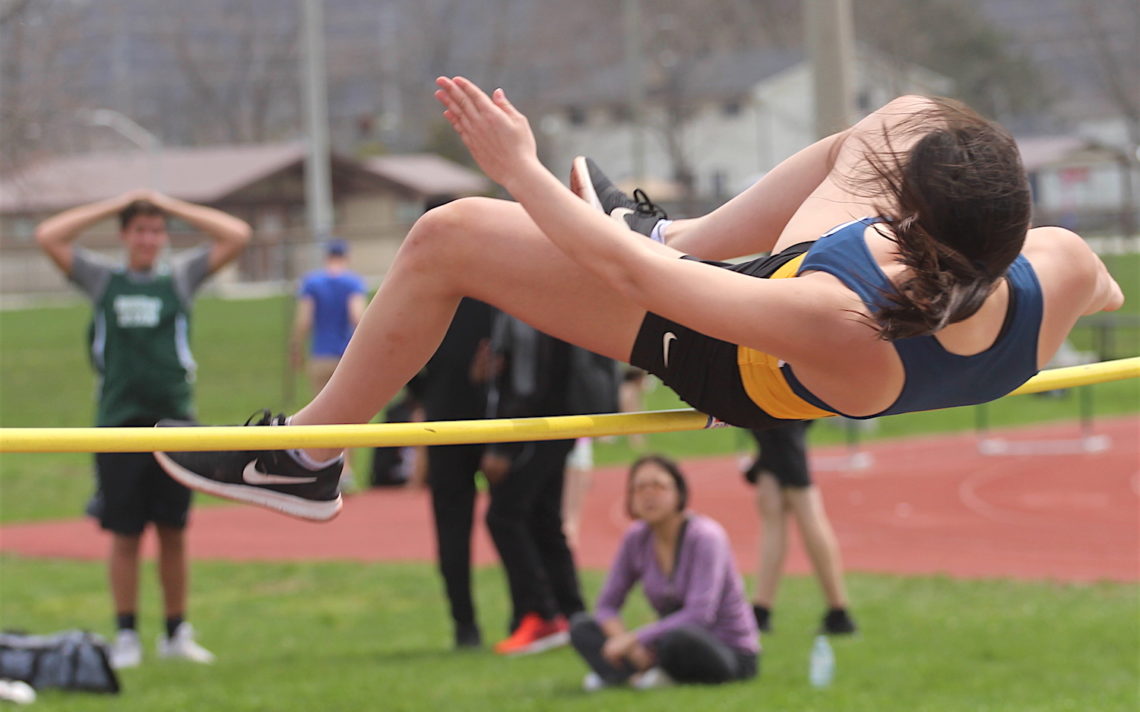 Noah Dommasch appears to be a natural.

The 15-year-old, Grade 10 student at Sir Winston Churchill can do it all on the track and would appear to be primed for a breakout season.

Dommash won the high jump, helped the Bulldogs to a first in the team relay, and was part of a team which finished second in the speed relay Wednesday at the Bulldog-Cougar Classic track and field meet at the Niagara Olympic Club.

Dommash began competing last season, but this year has fully committed to the sport and is already looking ahead to the Ontario championships.

He feels it is key to think big.

“You don’t know what your best is. You want to make sure you have high expectations every meet and then always do better.”

Dommash, who trains with Steve Fyfe out of the Thorold Elite Track Club, treated Wednesday’s warmup meet as a way to work on his form rather than worry too much about  the results.

“I have a pretty high Canadian ranking so I do expect to win when I come here but I really don’t go for wins. I go for heights and distances and times,” he said.

Dommash grew up in a household where fitness was stressed — his father was an accomplished triathlete.

“Fitness has always been a big part of my life and track and field is a sport based on fitness,” he said. “It helps a lot. Staying in shape is such a big part of sports. 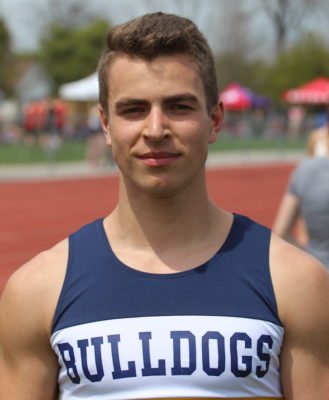 “My family is very active. I just love staying in shape and running and seeing the improvements I can make every day.

“He’s a strong athlete,” Mergl said. “You never know (how far an athlete will progress) but I think he’s committed. He’s talked to me about pursing something down in the States. He’s go the natural athleticism and he’s committed.”

Mergl said Dommasch travels to York University to work out.

“He’s going to get more advanced training than we can give him to get where he wants to go. He’s really figured it out,” he said.

Mergl can see Dommasch as a decathlete down the road.

“Someone told him he’s probably best suited for decathalon because he’s good at everything. He’s a great jumper, he’s fast, he can run distance if he has to, he can throw, and he’s pretty coordinated.” 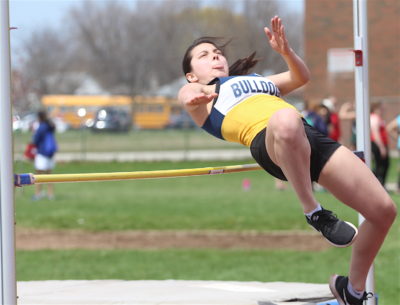 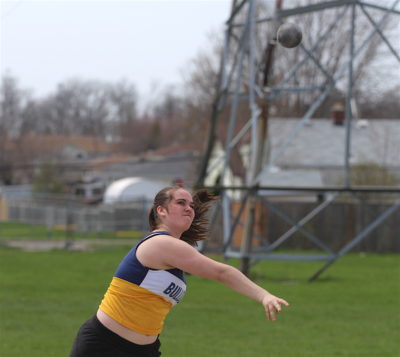