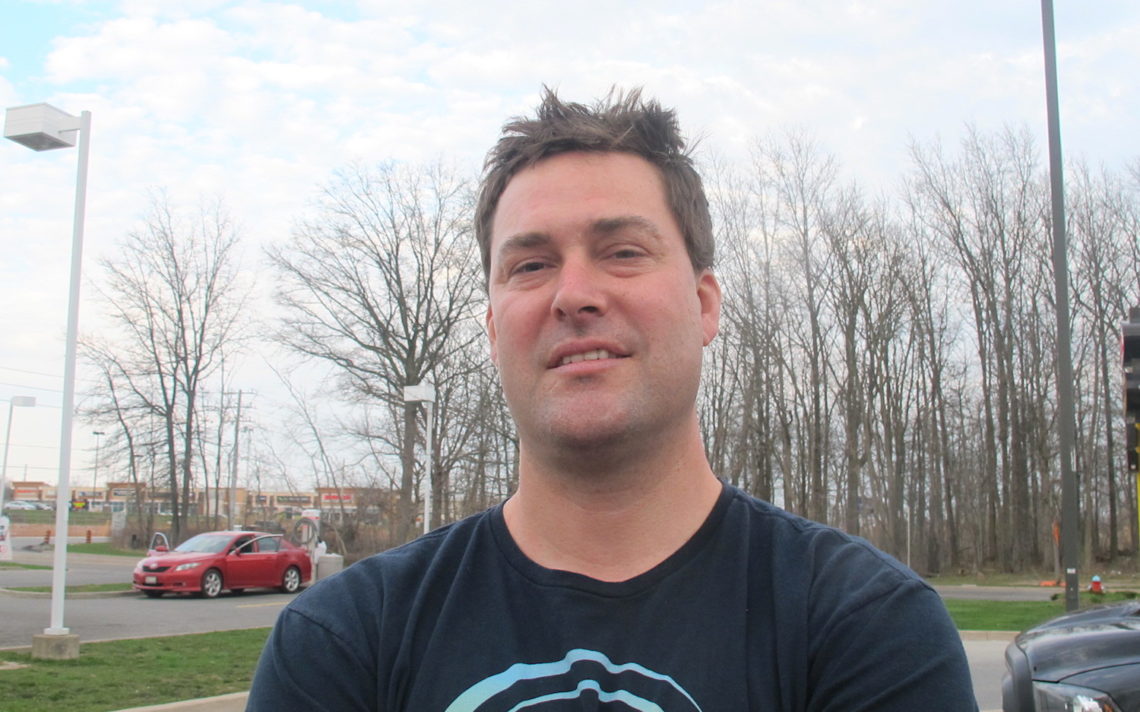 Moreau ready to take the reins

Ethan Moreau can’t wait to get stated with the newest chapter in his hockey career.

Moreau’s 17-year-old son, Trey, played with the Meteors last season which gave Moreau a chance to get to know long-time Meteors owner Tony Passero as well as some of the players.

“I really like being on the ice with these guys. It’s a great facility with a great rink,” Moreau said. “I had a couple of conversations with Tony. Tony is good and they’re going to let me do my thing.

Moreau, who takes over for Todd Clayton, was an assistant coach for a season with the Niagara Purple Eagles. He also worked as a pro scout for the Montreal Canadians after he retired following the 2011/2012 season.

“I was training kids on my own and I knew I wanted to coach,” he said. “I want to coach but I don’t want to chase down pro jobs and have to go to the East Coast League.

“I liked coaching and my son is on the team so I get a chance to be with him for another year at least and maybe two.”

The Meteors are known for their willingness to develop players often at the cost of success — the team finished in eighth place last season with just 10 wins — but Moreau feels he can develop a winning atmosphere amid the development.

“I see three or four kids that can get scholarships or play Canadian university or play pro so it’s exciting,” said Moreau, a 42-year-old Huntsville native who now resides in Niagara Falls. “I know at camp we have a bunch of 15-year-olds coming. That’s what I’m all about. I’m all about development.

“There’s a fine line. Even at the highest level, you have to walk that line between developing young guys in the minors and winning. It’s tricky.”

Moreau feels the Meteors will be competitive.

“My priority is obviously we’re going to improve and I think we’ll do that organically just from the players we have,” he said. “My responsibility is to make them better and get them to where they want to be, wherever that is. Success can be measured in a lot of different ways. Just making it to junior B is a success.”

Moreau enjoyed scouting the Golden Horseshoe when he was in Niagara and feels the league gets shortchanged.

“It’s the best junior B league in the world. Being in the NCAA, I used to tell guys all the time they weren’t spending enough time in this area.

“There’s a resurgence. They don’t get what we have here but I do.”

Moreau, who played more than 900 games in a 17-year career with Chicago, Edmonton, Columbus and Los Angeles, finds himself taking parts from some of his favourite coaches and folding those ideas into his own.

“That’s exactly what I find myself doing,” he said. “I’ve coached in the NCAA and I’ve been on the ice with pros all the way down to six-year-olds. 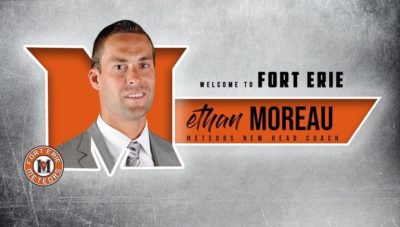 “A lot of my coaching comes from Craig MacTavish and Kevin Lowe and I had Daryl Sutter in Chicago and I played with Brent (Sutter).”

He also called former Thunder coach Chris Johnstone the best coach he ever had.

“I still remember the way he handled me in my draft year,” he said. “I was lucky when I was really young (to have those guys) before I figured it out.”

Moreau doesn’t come across as an old-time, my-way-or-the-highway kind of coach.

“I don’t think they need to be coddled. People are people. Men are men and hockey players are hockey players. You still need to treat people with respect. I think in the past there have been coaches who play mind games and put people down but I was never going to be like that anyway,” he said.

“I expect a lot out of myself and I expected a lot out of my teammates when I was playing. I can be tough to be around sometimes, but I care about people and that’s why I was a leader when I played. I care about their well being and get the most out of them.”

Moreau’s best season’s in the NHL were in Edmonton where he was captain beginning in 2007.

“It’s takes a lot to be a captain on a bad team,” he said, with a smile. “I was part of the leadership group when we went to the finals (versus Carolina in 2006). I took a lot of pride in it. It’s dealing with people and knowing their different personalities. You have to be good with people, you have to know how to treat people. Leadership really is compassion and passion. You have to care and it has to be genuine. That’s how you get people to follow.”