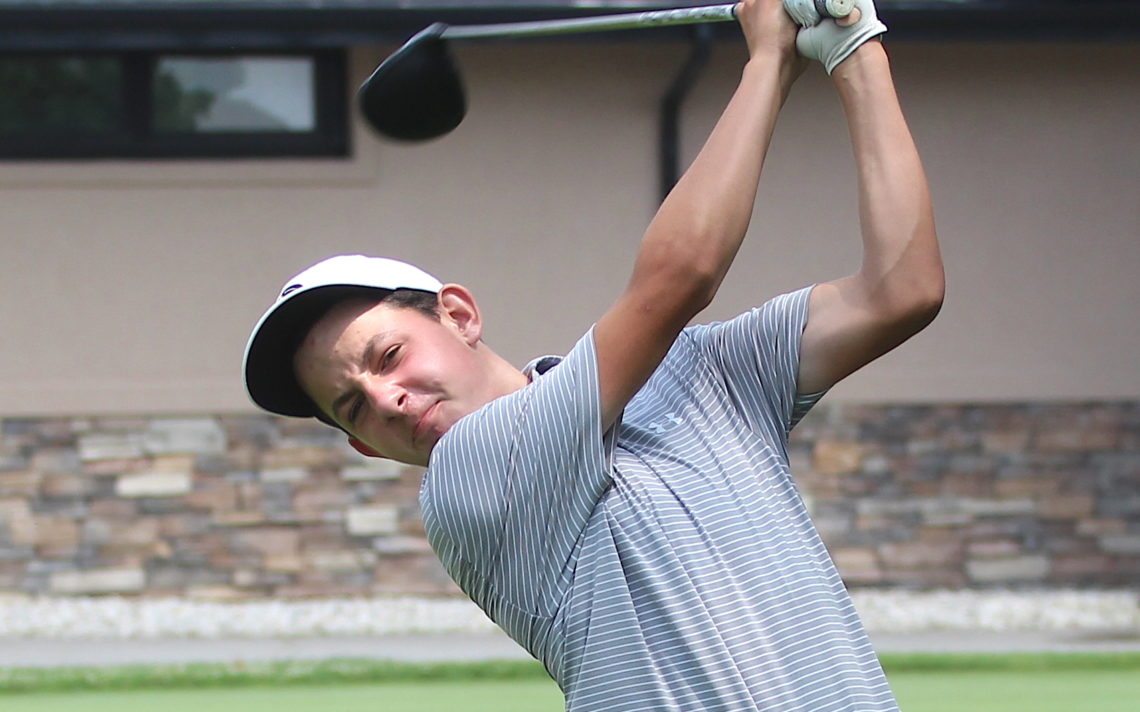 Matthew Martel is hoping to regain his form this week competing in the men’s golf competition at the Niagara 2021 Canada Summer Games.

“I had been playing really good at the start of the July, but these last couple of weeks have been a bit of a struggle, not necessarily with ball striking but just struggling to score a little bit more,” the 18-year-old Fonthill resident said. “But still, I don’t feel like it’s very far off from being where it was at the start of the summer.”

His mini-slump is a combination of a number of factors.

“I’m just not quite as crisp or as confident in my game, particularly right now with my irons and wedges, but like I said, I know it’s not far off from being where I needed to be. It’s just little tweaks here or there, and just kind of, as dumb as it sounds, just believing more so that when I step up to the ball, I’m going to hit a good shot.”

The Lookout Point member has had an eventful summer, including placing seventh at Ontario junior boys championship with rounds of 71, 69, 69 and 80. He was third going into the final round of that event.

“I played really well the first three days and was fully confident heading into the fourth day,” the Notre Dame graduate said. “I was doing a little — I don’t want to say scoreboard watching — but I was trying to make a push to get back into third after bogeying a couple holes. I let a couple bad shots get the better of me to be. It wasn’t so much necessarily just not having it as losing it following a bad decision here and a missed opportunity there.”

The week before the Canada Games, the former Team Ontario member missed the cut at the Canadian junior championship in Kamloops, B.C.

“It was less than stellar, let’s say that,” Martel said. “I certainly did not have my best unfortunately and it was not the best times to struggle with the irons. But tomorrow is a new day, next week is a new week, and like I said, I think it’s coming along. It’s not really far off from being as good or even better than I had played at the start of the season.”

Martel is happy the Canada Games are close to home.

“It’s very convenient and if I need anything, my parents can just drive and drop something off. And it’s at a course that I know. I’m looking to getting my game in order so I can really feel excited about it and feel like I have a shot at winning it.”

The event will be held at Legends on the Niagara’s Battlefield course and home course knowledge will be a slight advantage for Martel.

“It is a pretty straightforward course — not that it’s easy in any way — but I wouldn’t call it overly tricky for people that haven’t seen it,” he said. “It’s right in front of you and it’s pretty upfront with the shots that it demands. I think there will be a level of comfort and putting down a couple good practice rounds there would do wonders for the tournament.”

He is looking forward to staying in the Athletes’ Village at Brock but is not sure what to expect from the week.

“It’s just kind of the whole experience and I kind of want to try being along for the ride.”

When the summer is over, Martel is heading to McMaster to play golf and study integrated biomedical engineering and health science. He is fully confident he will be able to handle the demands of being a student/athlete in a challenging program.

“It’s just going to be a different level of workload and I’m obviously going to have to put golf on the backburner a little bit, a little lot. It’s definitely going to be a challenge but it’s doable.”

The golf competition started Wednesday at 9 a.m. and concludes with the final round Saturday at 9:40 a.m.