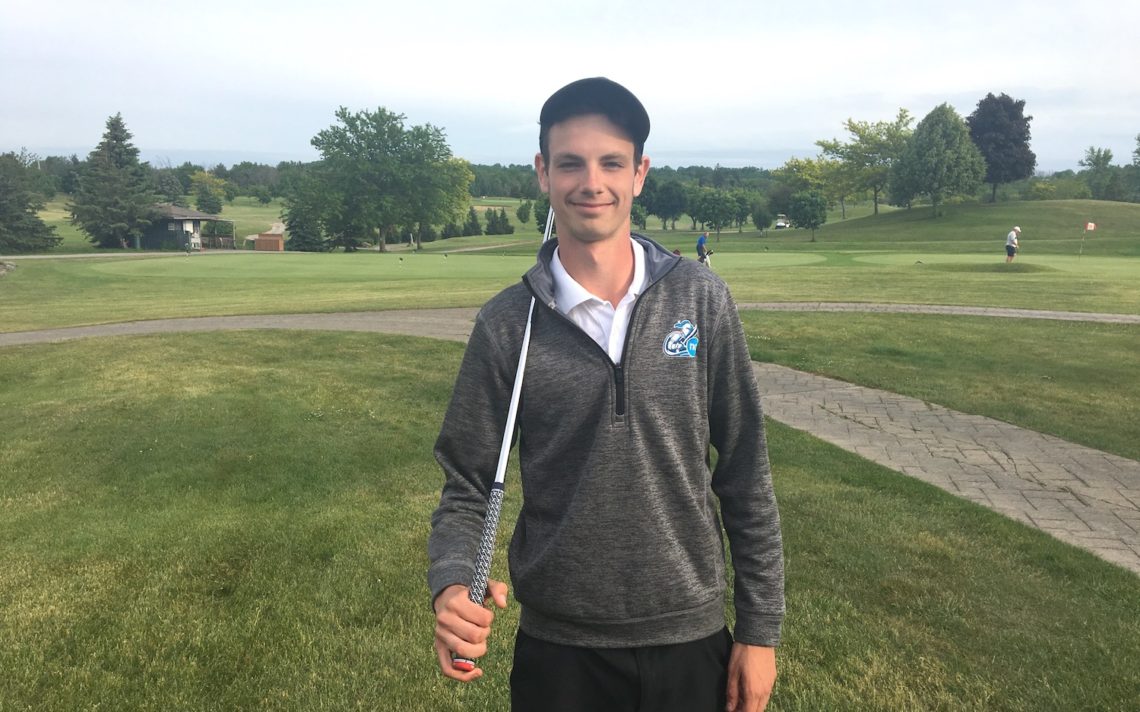 Logan ready for a run

The 21-year-old Niagara College student won the first event on last year’s Niagara Men’s Golf Tour and followed that up Sunday with a victory on the first stop of the 2018 tour at Rockway Vineyards.

Lammerant, who is a member at Cardinal Lakes, fired a 72 to edge out Jeffry Janz and Kham Vong of Rockway and Ryan Dyck of Lookout Point, who all tied for second at 73.

“I won the first event last year but other than that I didn’t do very well,” Lammerant said. “I think I finished seventh on the total list.

“I hope things go better for me this year but we’ll see what happens.”

Lammerant shot a 34 on the front nine and a 38 on the back nine.

“It was pretty up and down,” he said of his round. “I was playing really well on the first nine and then I finished with a double bogey and a bogey so it was kind of a rough finish.”

Lammerant was cognizant not to let one or two bad holes define his round.

“When I finished (the front nine) I came up to the par 5 and told myself to forget about what happened and make a birdie,” he said. “I didn’t end up with a birdie but that kept me in that positive mindset going forward.”

“The greens were in very good shape. They were a touch slower than I’m used to, but it was still good.”

Lammerant, who hails from Seaforth (near Goderich), joined the tour last season after moving to the area a couple of years ago for school.

“I’m not from the area so meeting these guys is a good way for me to find people to play with outside of the tour.”

“I’m a pretty consistent player most of the time,” he said. “I used to struggled with putting but I’ve turned that around this year. I changed my grip and hopefully that continues to work.”