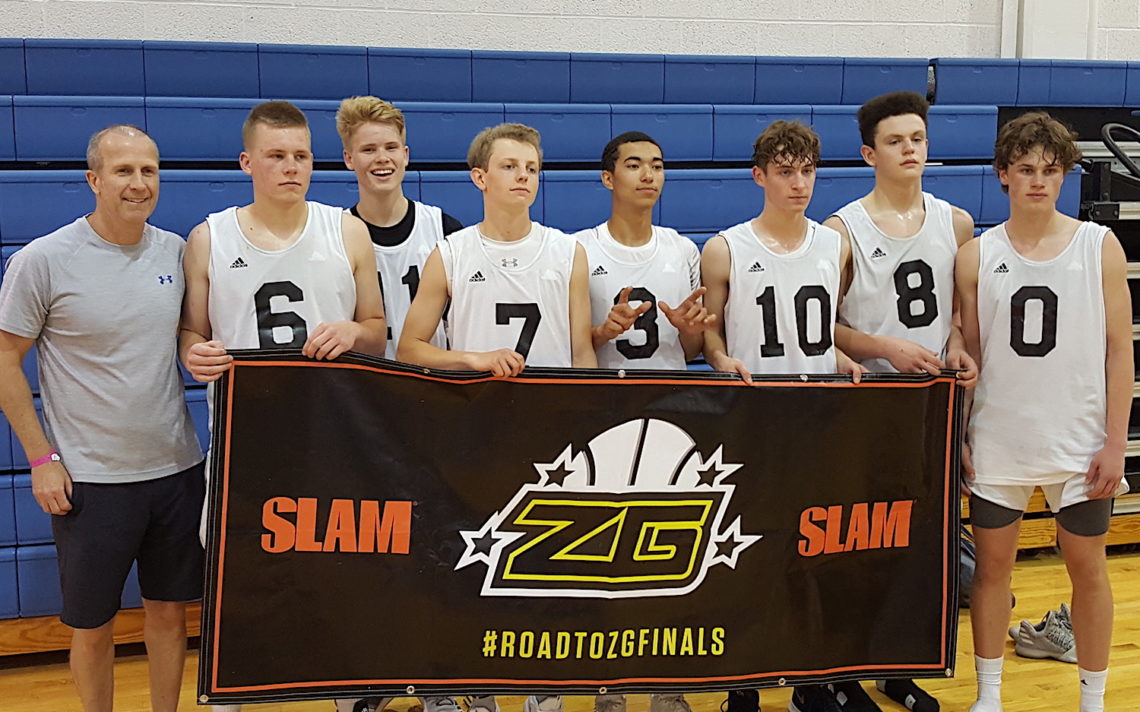 The Niagara Tigers Grade 10 team made organization history at the King of the Land AAU basketball tournament in Cleveland, Ohio.

Missing one injured player and two unable to attend because of previous commitments, the seven remaining players captured the first-ever championship for the newly created Niagara Tigers travel basketball club.

“The boys were pushed in every contest, but due to their commitment to team defence and unselfish play on offence, they simply outlasted and outperformed every team they faced on their way,” Tigers coach Pat Sullivan said.

The Tigers’ concept of consolidating Niagara’s best club and high school boys basketball players in the region for a late spring/summer season took a huge step forward at the tournament with seven teams from Grades 5 through 10 competing in the King of the Land AAU basketball tournament.

The Grade 9 team, overwhelming its competition with its size and athleticism, advanced to the final with three easy victories. In the final, the Tigers fell to a talented and experienced Rise High elite team.

“Despite falling behind quickly, the team competed until the end and definitely showed signs that they are ready to compete at a high level,” Sullivan said. “This type of experience is exactly what the program is hoping to provide by exposing the boys to a new perspective of the level of talent and focus needed to win at the highest levels.”

With a two-point win in the semifinals, the Grade 8 team also advanced to the championship game. It erased a late six-point deficit to record the victory.

“The team clearly demonstrated the perseverance and effort level that the program has been instilling from Day 1,” he said. “A number of these players will certainly arrive on the high school scene in September, ready to play key roles at their respective schools.”

Also making the final was the Grade 7 team. It lost a close decision to a team it had lost to by double digits earlier in the tournament.

“Even without a few key players who had previous commitments, the group really played together and executed the offensive and defensive concepts that are being emphasized with all of the teams,” Sullivan said.

Because of the depth of talent available, the Tigers send two Grade 6 teams to Cleveland. The second team went 0-3, but was competitive in every game and gave the eventual tournament champions all it could handle in a game. The first team went 2-1, including two- and one-point victories, before losing by two points in the semifinals.

“Both teams clearly transferred the concepts they have been working on in training with great success,” he said.

The Grade 5 team may have been in the most challenging division, but displayed a competitive fire versus a number of talented and aggressive teams.

“The team finished 1-2 in pool play, but clearly demonstrated improvement with each game and an understanding of how to adjust to the increased speed and physicality,” Sullivan said.

The Tigers teams will continue training through June and early July to prepare for upcoming tourneys. The Grade 5 through 8 teams will compete against the best teams from Ontario and beyond at the CNIT tournament in Burlington. The Grade 9 and 10 teams will first travel to Indiana to play in the prestigious Adidas Invitational event, which will be heavily attended by a number of college coaches in addition to some of the best clubs in the United States. The two teams will then complete their seasons by taking part in the CNIT event.

“We are ecstatic about the momentum and early success of the club,” Sullivan said. “Preparations for next year are already under way as we continue to look at ways of improving the program to provide the best overall experience for players, parents and coaches.”