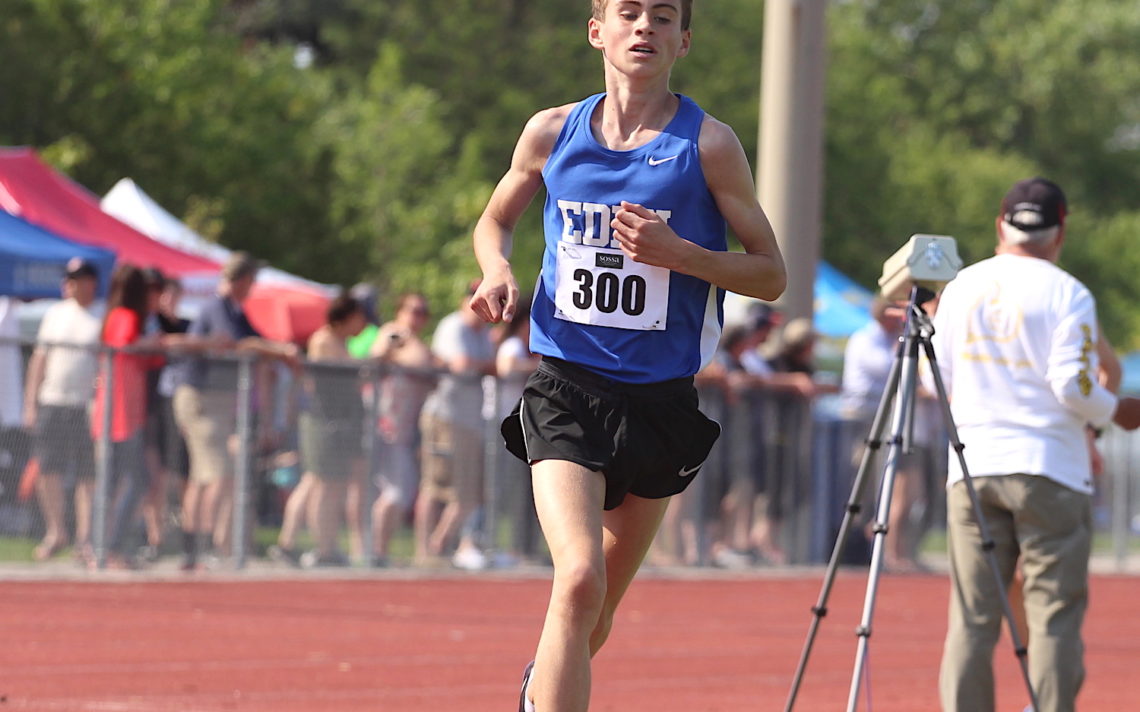 One week after breaking Canadian Olympian’s Mo Ahmed’s Zone 4 midget boys record in the 3,000 metres with a time of 9:27.14, the Grade 9 student at Eden Secondary School couldn’t chase down Ahmed’s 3,000-metre record at the Southern Ontario Secondary Schools Association meet. Lockyer lay flat on his back on the grass after the race, obviously disappointed that he hadn’t broken the record.

“I haven’t been feeling the greatest for the past week and I had high expectations for this meet coming in because I had already run times on two occasions that had beaten it,” the 14-year-old said. “When you have a mix of not feeling well plus the heat and the wind, it’s just not going to go how you planned.”

The win was nice, but it wasn’t enough. 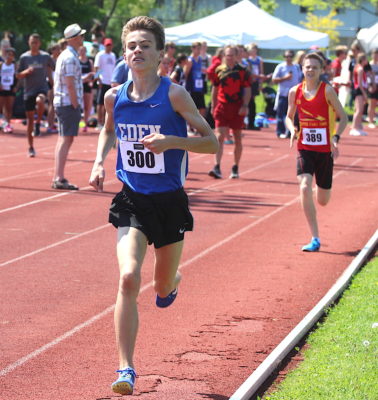 “Winning is great but this was my one shot to set that record.”

He can take some solace in the fact that he broke Ahmed’s Zone 4 record by 15 seconds.

“I thought that was really cool because he is a Canadian great right now and now he’s setting Canadian records,” Lockyer said. “The fact that I can take one of his records is pretty amazing.”

Ahmed’s marks have been on Lockyer’s mind for a while.

“It’s something that I have been thinking about for quite a while and probably since the beginning of the season because I had seen them and thought I would be able to run those times.”

His goals for the spring season are to qualify for the Ontario Federation of School Athletic Association championships in both the 1,500 and 3,000 metres.

“The goal for OFSAA for the 1,500 is to make that final because it’s such a prestigious race,” he said. “Making it would be extremely good.”

In the 3,000-metre race, he’s looking to erase some bad memories from last fall.

“Cross country didn’t really go the way I wanted to so the 3,000  can definitely be a redemption race at OFSAA,” he said. “We are going to go out with the leaders and see how far to takes us and I’m hoping for a top six ribbon finish.

“That would be extremely great.” 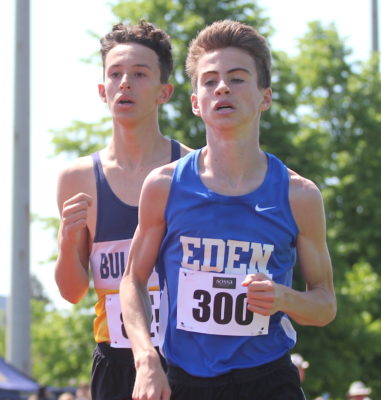 Last fall, Lockyer, who set District School Board of Niagara Cross country records in Grades 6, 7 and 8, won the SOSSA midget boys cross country championship, but disappointed himself by placing 18th at OFSAA.

“I went in with high expectations and I didn’t have the best race,” he said. “My muscles were super cold and I started tensing up.”

“For sure,” Owen said. “OFSAA medals are very prestigious awards and earning one would be great.

“With only four years go high school and only so many opportunities, you have to train hard to become the best in the province.”

Jeff hasn’t had the urge to push his son towards breaking records.

“It’s way more him that me,” he said. “Mo is his hero and when he sees Mo’s name in the record books, that is something to excite you.”

Jeff would have loved to see his son set a new SOSSA record, but it wasn’t to be Thursday at the Niagara Olympic Club.

“The thing about records is that regardless of conditions or how you’re feeling, it has to happen on that day,” he said. “That’s how it works and it’s a good lesson to learn.”