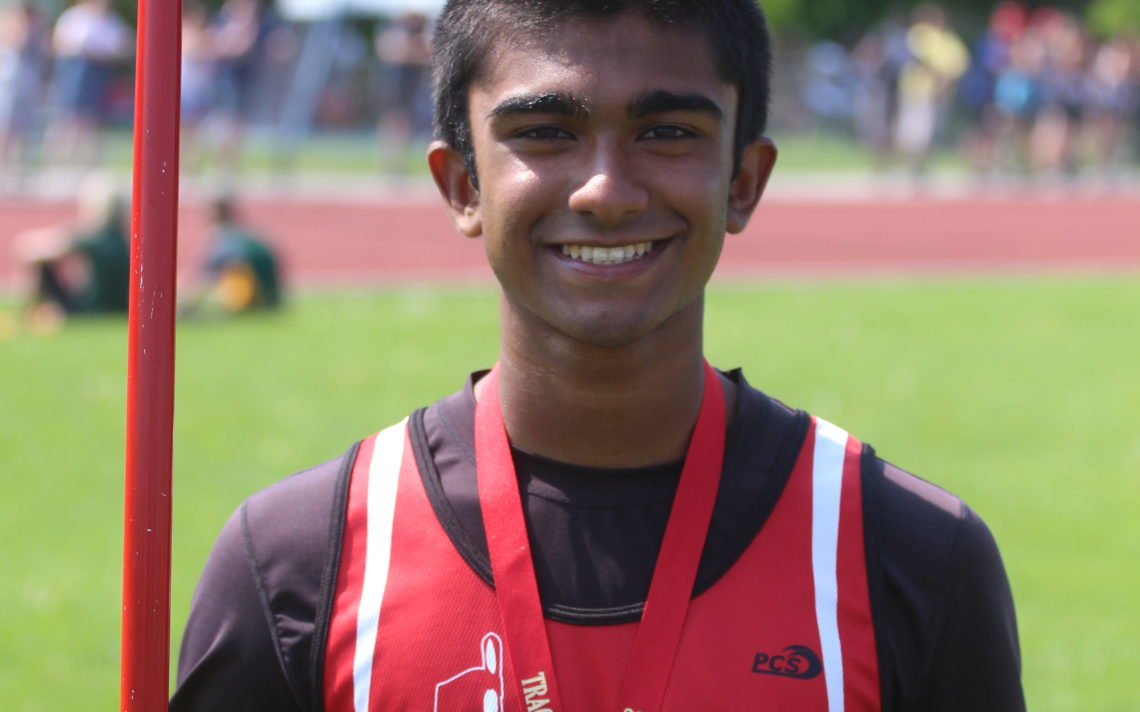 No opponent is going to be intimidated when Nathan D’Costa lines up to compete in javelin.

At 5-foot-6 and a slender 140 pounds, the Grade 10 student at Governor Simcoe is a head or more shorter than all his opponents and many pounds lighter.

“I used to get intimidated, but I don’t any more because I just learned the technique properly this year,” the 15-year-old said.

That technique helped him win the junior boys javelin at the Southern Ontario Secondary Schools Association championships with a throw of 52.74 metres. His best throw Thursday at the Niagara Olympic Club obliterated his personal best by more than three metres. 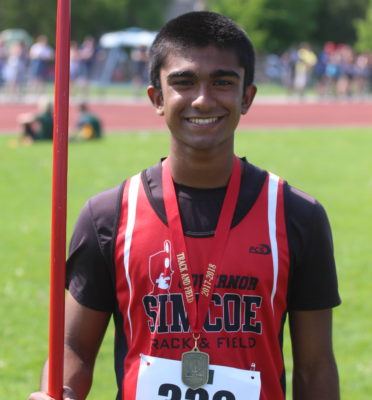 His impressive throws seemed to catch most of his opponents by surprise.

“Everyone is telling me how small I am and they wonder how I throw it so far,” the Thorold Elite Track Club member said.

He feels there are no secrets to his success.

“I just keep a long arm, come in with some speed and aggression and just throw.”

The aggression was fuelled Thursday by remembering his performance at last year’s national championship.

“I came sixth at that one so I wanted to win this one,” he said.

His memories of nationals were stoked by competing Thursday against Notre Dame’s Callan Saldutto.

“He came second at nationals so I wanted to beat him.”

D’Costa’s win at SOSSA is the second step towards his ultimate target.

“My goal is to get top three at OFSAA (Ontario Federation of School Athletic Associations championships).”

Last year, he won the SOSSA midget boys javelin title with a throw of 44.44 metres but didn’t advance any further because his family went on a vacation to Punta Cana on the day the South Regionals started.

“My throw at SOSSA would have won regionals,” he said.

He was disappointed to go on vacation and miss advancing last spring.

“It was hard to leave, but I didn’t think I would be that good,” he said. “I just started last year and then I did really well.”

He got his start in track and field at the urging of his friend, Cameron Burgess.

“I did it and was pretty good then I went to a practice at the Thorold Elite Track Club and they liked me,” he said. “They told me to keep doing it so I stuck with it the entire winter.”

He believes his increased speed and strength have been his biggest improvements in the sport.

“It was a lot of weight room work, hill workouts and running.”

He’s hoping javelin will open doors for him.

“I haven’t thought about which university yet, but a scholarship would be my goal.”