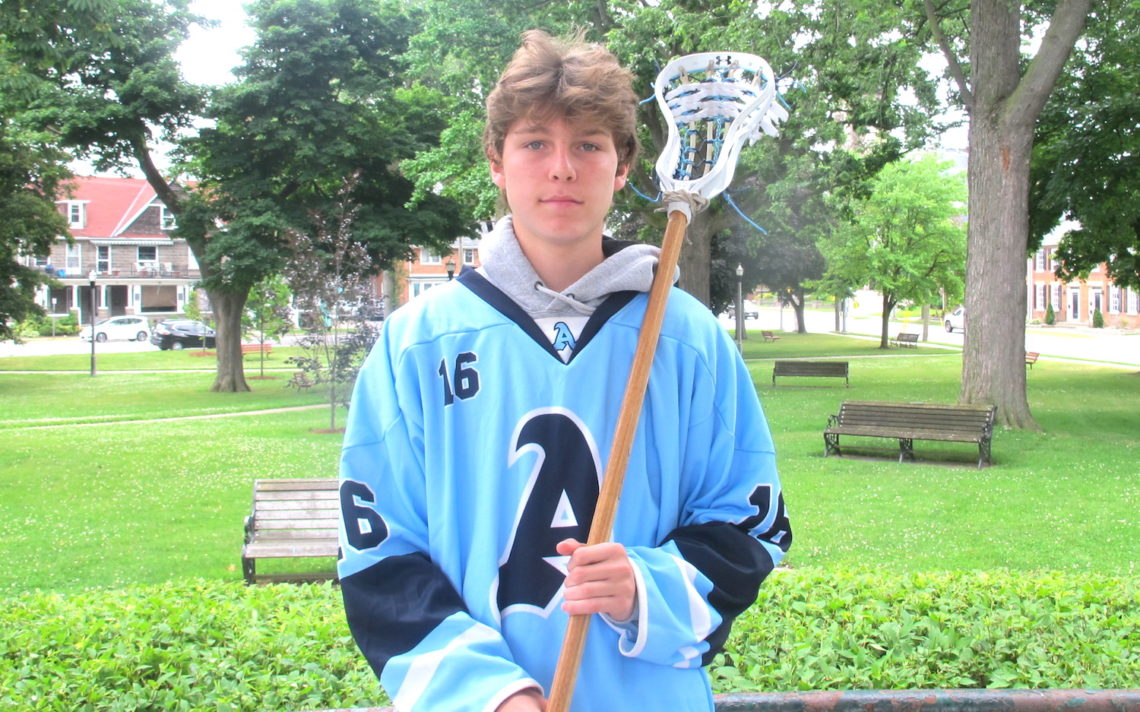 Winning never gets old as far as Gavin Howard is concerned.

The 14-year-old, Grade 8 student at St. James Catholic Elementary School won a national box lacrosse championship two years ago as a peewee and is looking to repeat this August in Saskatchewan as part of the Team Ontario bantam boys squad.

Howard said winning only whetted his appetite for more success.

“It’s crazy. It just makes you want to do it so much more,” he said. “It motivates you because you have already done something so amazing.

“It pushes you to do something better than that.”

Howard made the cut after three intense tryouts.

“Several people got cut each round,” he said. “It helped (being through it before) a lot because you know what they’re asking for and you know what the crowds are like the second time through.

“It’s the same coaches and I knew what they wanted.”

Howard plays all over the floor but says he is best suited on the penalty kill and power play.

He suits up for the both the St. Catharines Athletics and Oakville Edge, a club team which plays strictly a tournament schedule in the States.

“It helps a lot,” he said of playing in Oakville. “All of the coaches have been in spots where we are in Team Ontario so they know what it’s like and they teach us. Going against the best players in American, you see how athletic you have to be to be able to compete.” 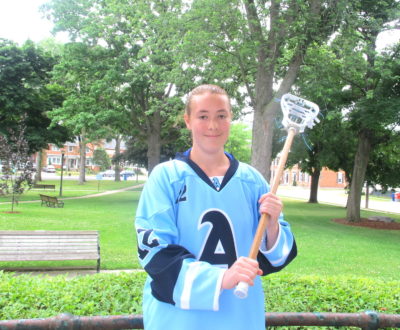 The Grade 10 student at Greater Fort Erie Secondary School will be vying for a national title for the Team Ontario bantam girls box squad in Halifax in July.

It was Jacobs’ first attempt at qualifying for Team Ontario.

“I had no clue what to expect,” she said. “It was great. It was the best practice I’ve ever gone through.

“It was all the best girls in Ontario that I’ve played against. The competition was really good.”

Jacobs survived the first couple of cuts and then got the good news she had made the team.

“I was so excited!” she said. “I heard about other people trying out and wanted to be part of it.”

Jacobs, who was born in Toronto and moved to Fort Erie two years ago, is an offensive player who pays both field and box, although she prefers the indoor game.

“I love how it’s the fastest game on two feet and all the hitting and all the skill it takes to play.”

She can’t wait to get to Halifax.

“I think it’s going to be a great experience,” said Jacobs, who plays for the St. Catharines A’s midget girls box lacrosse squad.

“A lot of people were really excited for me and proud and then there’s a couple who didn’t understand what it was but overall there was a lot of excitement.” 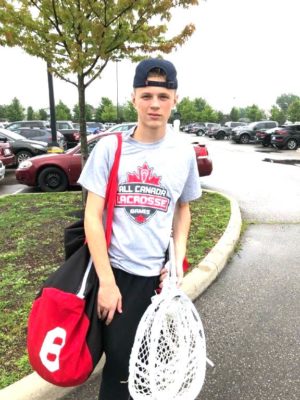 The 14-year-old student at Prince Phillip Public School was among the youngest to try out for the team and still made the final cut.

“It was extremely hard because it’s all the best kids in Ontario my age and older.”

He admitted he was overwhelmed when he got word he made the roster.

“When he told me, it was just shock and awe.”

The goaltender will head to Oshawa for the nationals in August.

“I will definitely be excited. I’m going to go there and give it all I have every game to prove myself.”

Vanyo got into goaltending at a young age.

“I was a box player but wasn’t always a top player and our team needed another goalie and the coach said try goalie for box,” he said. “I liked and stuck with it and the next year went out in field and really enjoyed it.”

Vanyo, who plays for the St. Catharines Athletics and the Oakville Edge club team, enjoys the challenge of the position.

“The main goal is to get your stick to the ball just to get a piece of it. If you don’t have enough time then you just use your body. Just get as close as you can.

“You have to keep in your position and stay in your spot.”

“I’m extremely proud, especially making it as a minor. We were super exited and very proud of him for sure,” he said. 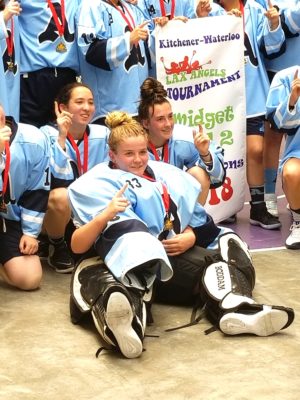 Brown is another goaltender who plays currently for the St. Catharines midget girls team. She suited up for the bantam boys in St. Catharines last season and prior to that played for a variety of house league programs, all in St Catharines.

The 14-year-old will between the pipes for the Team Ontario bantam girls box lacrosse team.

“She is excited to make Team Ontario and have the opportunity to represent the province at nationals as well as represent her St Catharines minor association,” dad Sean Brown said. “She is looking forward to the experience and the chance to go out east for the National Championship in July.”

Brown, who has been playing since she was four, just graduated from Richmond Street Public School in Thorold. 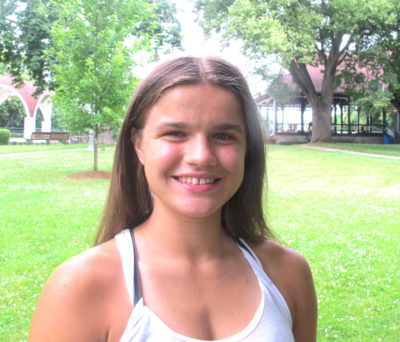 Mia Friesen can do it all.

The 16-year-old Governor Simcoe student won a gold in the junior women’s 80-metre hurdles at the Ontario Federation of School Athletic Associations (OFSAA) track meet earlier this month, and is now set to represent Ontario at the U19 field lacrosse championships in Calgary, Aug. 16-17.

“I’ve played for Team Ontario before but not vying for a national championship,” she said.

“I’m super excited. I’ve been to a bunch of national championships for (brother) Owen and they are crazy to watch so I can’t even imagine what it’s going to be like to play.”

Friesen separated herself from the pack at the tryouts with her athleticism — she is also an accomplished wrestler.

“It was like any other tryout. It was intense, it was meaningful and normally I would have been a lot more nervous than I was but the season I had for track and wrestling helped with my nerves,” she said. “I was a lot calmer going into it.”

Friesen said the coaches told her they chose her for her speed, athleticism and enthusiasm. Her speed comes in handy playing midfield.

Friesen began playing the sport when she was nine years old after watching older brother Owen.

“It was a struggle my first year with the stick,” she smiled.

She currently plays field and box in St. Catharines and also suits up for a showcase team in Rochester.