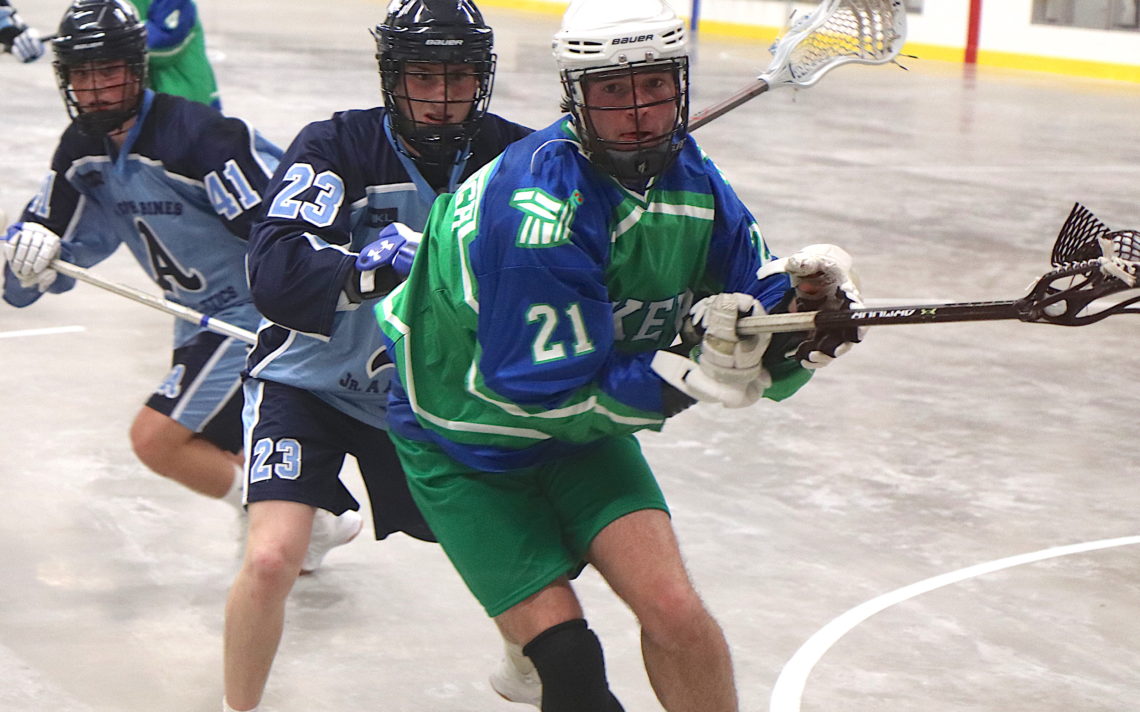 A second-generation Athletic was front and centre Wednesday night when the St. Catharines Athletics junior A lacrosse team opened the Ontario Lacrosse League season with a 9-5 victory over the visiting Peterborough Lakers at the Canada Games Park and Walker Sports and Abilities Centre.

Tye Steenhuis, the son of Mark Steenhuis who won a Minto Cup with the A’s in 2001, netted a hat trick and was a threat every time he touched the ball.

“He was really good and he is just a pure athlete,” Athletics head coach Steve Toll said. “The genes are there and he is going to score a lot of goals in this league for a lot of years. I am really happy to be his coach.”

Toll see a lot of similarities between father and son.

“Besides the seven-inch difference in height, their sticks skills are very much the same and they both are just really talented guys,” he said. “He has got the IQ. He just has to dig down and get a little bit stronger overall but he’s not far off at all.”

The 17-year-old St. Catharines resident was thrilled to see himself and his team open the season with a victory.

“There were a lot of positive thoughts going in. All the boys were here and we were ready and prepared,” the Grade 12 student at Governor Simcoe said. “It felt good getting on the floor, it felt like everyone was on, we got off to a good start and we kept it going.”

He couldn’t help but think about being a second generation Athletic when he stepped on the floor.

“I was kind of getting nostalgic about it and it is like my turn now. It’s a cool position to try and step up and fill a role.”

He has big shoes to fill as his father went on to score more than 1,000 points in the National Lacrosse League.

Mark has been a big part of Tye’s lacrosse career.

“He has always been there for me, showing me stuff and telling me what to do after every game. He is a huge influence on the way I play and just watching him when I was growing up. I wouldn’t be here without him.”

Tye has grown up in lacrosse arenas and that too has helped.

“I was a little Buffalo Bandit running around in the dressing room and it was cool to see,” he said. “At a young age, I got to see how it works and how the game is played at the higher levels. I am just trying to be a leader and help this team get some more Ws.”

“It helped a lot, especially with all the older guys last year,” he said. “They showed me what I needed to do to be a leader and what kind of role you have to play. You have to get guys together and you all have to be on the same page and work together.

“It was cool to get that experience and I am just trying to spread it around the room.”

Toll was pleased with the A’s play Wednesday.

“Obviously it was good start. We were missing seven or eight guys but the guys who came in played really well and we are going to have some tough decisions,” he said. “Overall I was really happy and I thought our goalie, Austin Paddy, was really good. That was a big key. He stepped up when we needed him and we got timely goals for Steenhuis and Zavvy (Keaton Zavitz). We are going to lean on them. Being young lads they are going to have to realize that.”

If Toll was to nitpick a little after the victory, he would likely point to the parade of Athletics players to the penalty box.

“It was the penalties and the timing of the penalties. We can’t keep giving up five-on-threes,” he said. “To take one penalty is OK but taking another one right after is going to hurt us eventually.”

But the Athletics had a remedy for the penally woes Wednesday night.

“It helps when your best penalty killer is your goalie.”

Toll was delighted with his team’s new home.

“The new digs are nice and I think it is going to be really nice when we get turf in here,” Toll said. “The place is state of the art, they treat us like gold so we are really happy.”

BPSN Players of the Game: St. Catharines goalie Austin Paddy with 41 saves and Tye Steenhuis with a hat trick.

Up next: The A’s host Brampton Wednesday at 8 p.m. 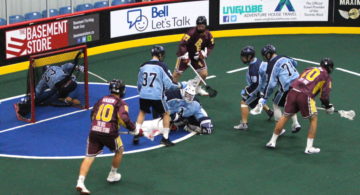 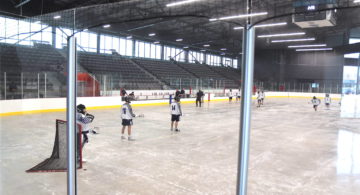 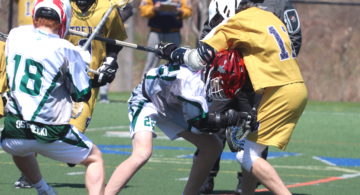