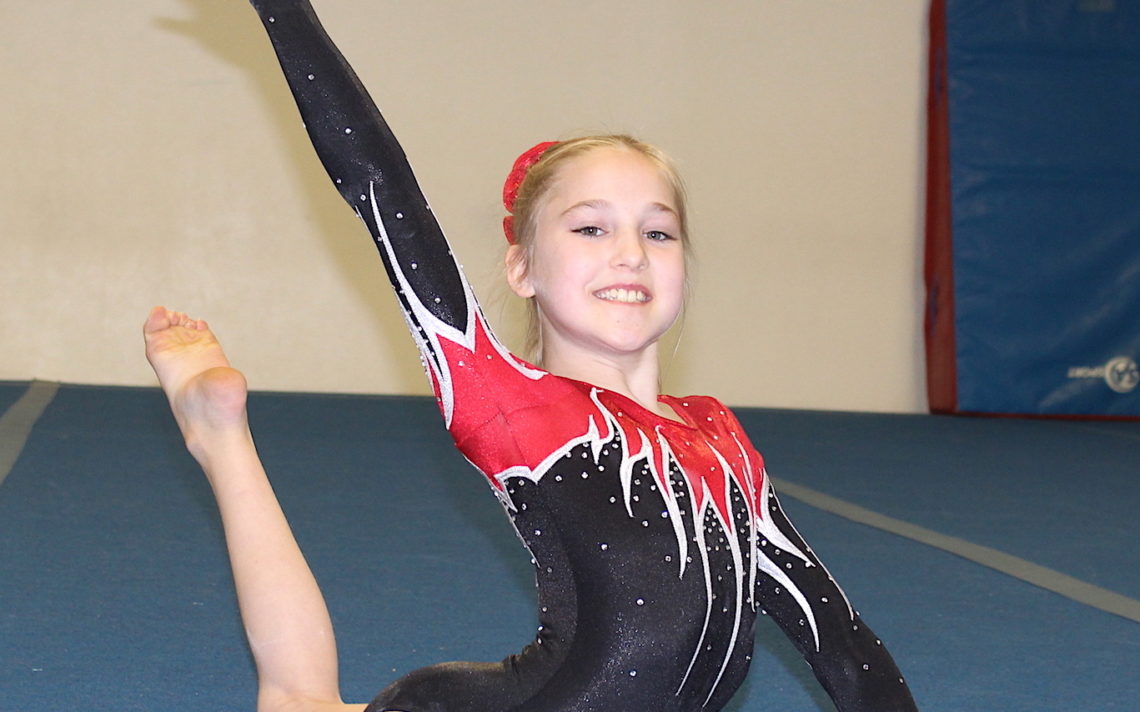 The coaches at the Niagara Falls Lightning Club weren’t expecting Ariya Schmidt to finish third all-around at the Gymnastics Ontario Championships in Amherstburg.

“We were surprised in a good way because she is still eight years old and she competing at (age) nine,”  Lightning coach Andrei Gorodetskii said. “But she is just so mature.”

Competing in the Level 6 age 9 division, the Grade 3 student at Stevensville Public School was second on bars, fourth on vault, fifth on floor and sixth on beam to earn bronze in the all-around category. 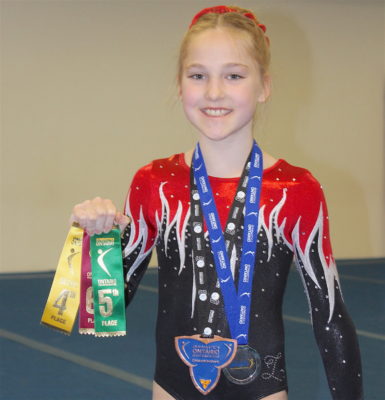 “Because it was her first provincial championships, I was kind of expecting she might do some mistakes, but she didn’t do any,” Gorodetskii said. “She went through four qualifiers during the year and she made a few mistakes. But this time she hit everything, especially bars.”

Her performance at the provincial championships was one more step in what has been a meteoric rise for the Fort Erie athlete.

“Ariya is a great younger generation gymnast and we have been working with her for two years.” Gorodetskii said. “Last year, she was Level 3 and she jumped over Levels 4 and 5 and is at Level 6 in one year.”

Gorodetskii described her movement through the levels as a huge jump and a big accomplishment.

“It doesn’t happen very often, but she is just so good,” he said. “She has great abilities and attitude and she listens and takes in everything that you are trying to teach her.”

Ariya, who will move up to Level 7 next year, has been competing in gymnastics for four years, including two years at the ODP (Ontario Development Program) level.

She surprised herself by making the leap to Level 6 this year.

“My two teammates really wanted to go Level 6, but I didn’t because I was so scared,” she said. “Then I ended up going and they didn’t go.”

Ariya was able to be mistake-free at provincials by maintaining her focus and concentration.

“At the beginning when I am lining up for march in, I am really nervous, but once I do an event, I am cool,” she said. “I tell myself that this is how it’s done and then I just do the rest.” 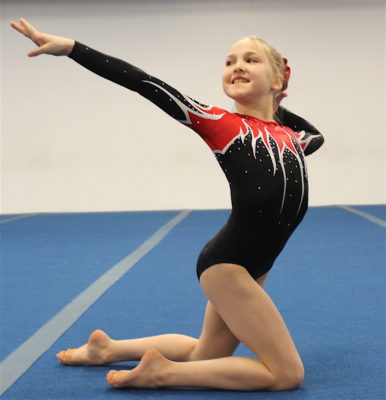 She surprised herself by how well she did at provincials.

“I didn’t expect that because it was my first time at provincials,” she said.

That being said, her goal going in was to win a medal in all-around. She has even loftier goals down the road.

“I want to get to a higher level and the Olympics,” she said.

Ariya trains year-round with the exception of a two-week break in the summer.

“I look forward to it because I never get breaks during competitions,” she said.

Gymnastics is the only sport she participates in, which isn’t surprising considering she trains 16 hours a week.

“I love dancing, tumbling, jumping and flipping upside down,” she said. 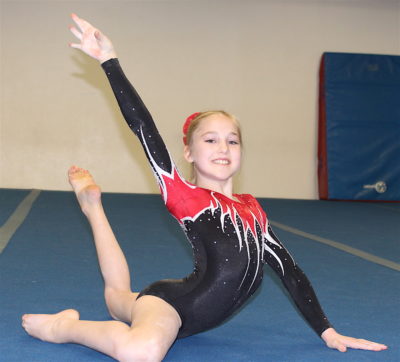 Unlike many gymnasts, Ariya’s parents didn’t start her in gymnastics because she was climbing over everything at home.

“I would trip and fall and I was always really clumsy,” she said. “My parents put me into gymnastics for that reason.”

And while she has excelled in gymnastics, becoming less clumsy is still a work in progress,

“I’m still clumsy, but I am better than before,” she said, with a smile.