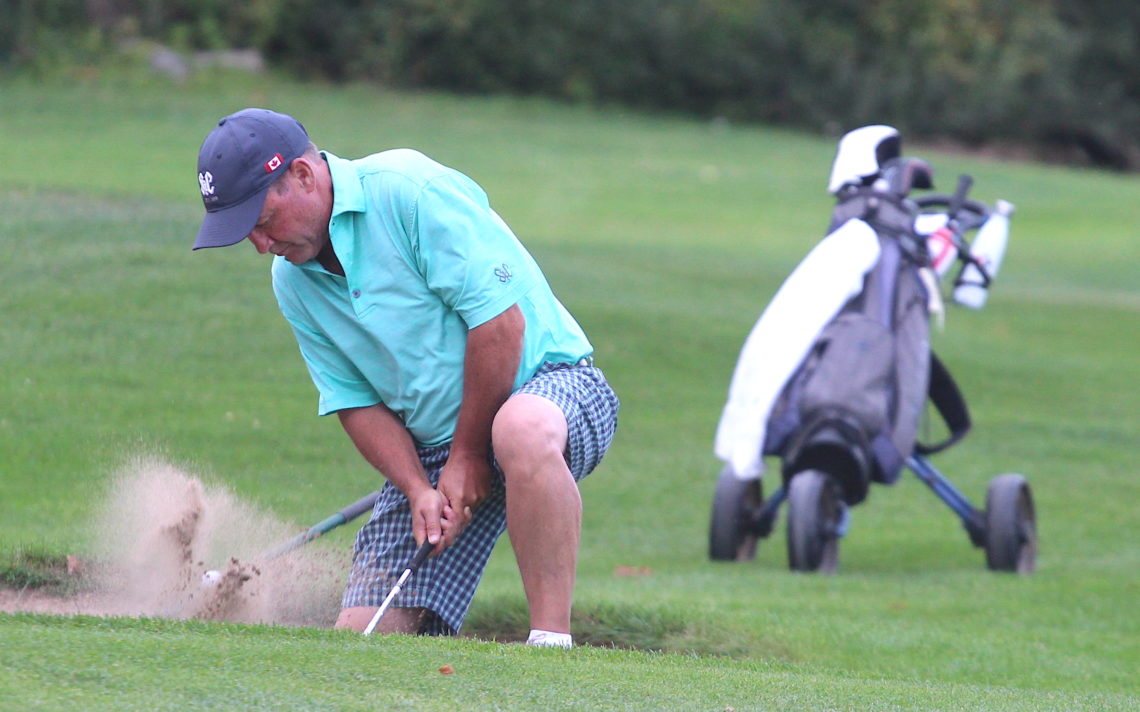 Last year, the 57-year-old went from playing the Canadian men’s senior championships in Bathhurst, N.B., to winning his title. This year, he came off competing in the 72-hole Senior Porter Cup at the Niagara Falls Country Club in Lewiston, NY, where he finished in 27th place.

“I did not play well,” said Bodogh, who competed in the open Porter Cup event in 2000.

“The greens at Port Colborne are fantastic and if I didn’t play there and I just came from St. Catharines where the greens are slow, I don’t think I could have handled the greens,” he said. “The greens were very fast, very true and hats off to the Billyards for producing such a fine course.”

Bodogh’s Champions title was a sweet way to end a sour year.

“I have been struggling all year with my putting,” he said. “It has been horrifying and since mid-June I started going really, really bad and I am just starting to get it back.”

He describes the struggles as all mental.

“It has nothing to do with my putter. It’s my noggin.”

Bodogh has started to turn his putting around by taking his brain out of the equation.

“I didn’t think and that’s a George Knudson thing,” he said. “Don’t think of anything you are doing, Just do it.

“I did that and I didn’t miss a putt today that was of extreme importance.”

Winning the Champions title has helped to salvage Bodogh’s season.

“Absolutely,” he said. “At all the places I go to play golf, this is the only place I know that had this kind of event. It is extremely special to win your area and we have quite a big area.”

Bodogh has two Champions titles to his credit. He didn’t play a lot in the Champions event when he was a men’s competitor because the event clashed with a tournament he had to sign up for early in the season.

The Port Colborne champion carded 38-38-76 on her home course Saturday and the excellent round will help erase her winning score of 84 two years ago at Sawmill.

“Last year I played in the open division and that was fine, but the year before I played my first time in the seniors and I won, but I hit the ball so badly and I didn’t feel proud of myself.

She described herself as a little nervous playing on her home course.

“I think everybody expects you to do well because of your course knowledge and being a good player,” Billyard said. “They just expect you to win and it’s not easy. And it was a little tougher competition this year too.”

Those nerves struck early when she five-putted the second hole that she played from 10 feet out.

Thankfully, she was able to rebound nicely from the disaster on the greens.

“I just told myself to slow down,” she said, adding she started birdie, triple bogey with the five putt and birdie over her first three holes.

“Obviously that settled me down and the five putt is what slapped me into reality,” she said.

She is delighted to have those many titles on her resume.