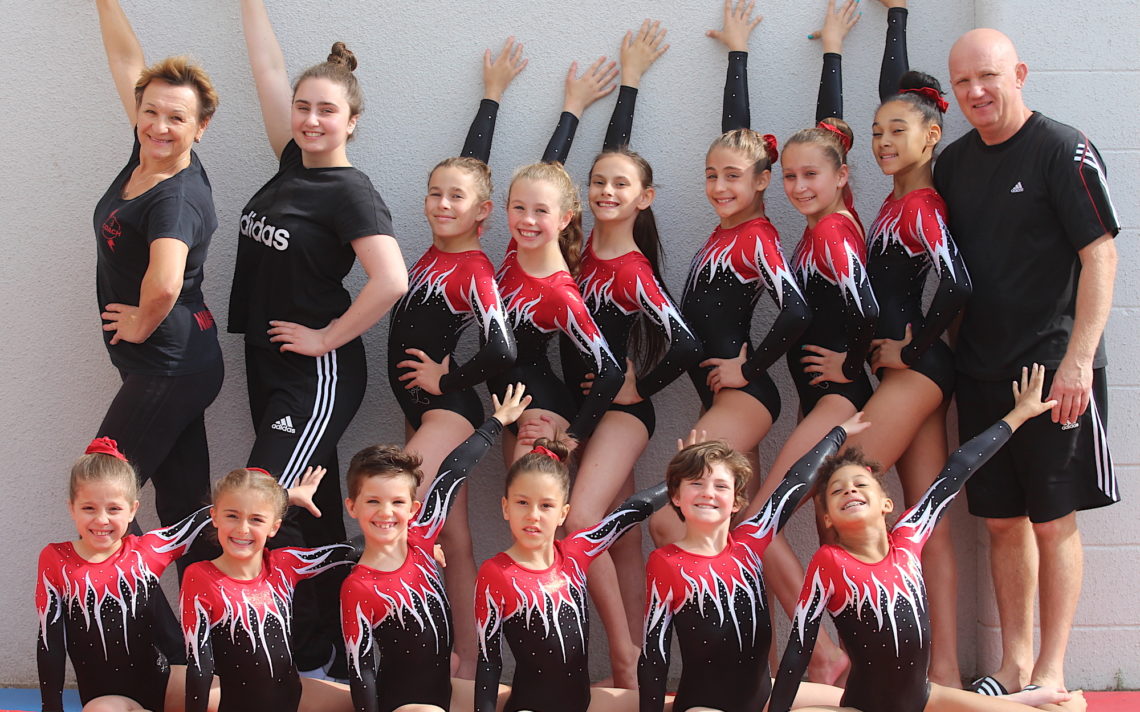 Recording top 10 finishes for the team, coached by Andrei Gorodetskii, Valentina Kashkevich and Alexandra Gorodetska, were the following:

Level 3 Age 12 C: Victoria Vacca, seventh on floor; eighth all around and on vault and ninth on uneven bars. 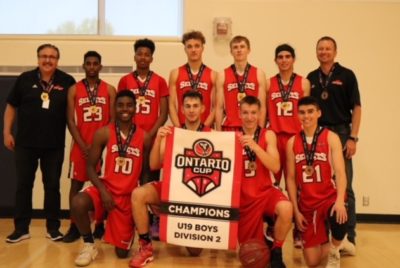 The Niagara Selects boys under-19 basketball team put itself behind the eight ball at the Basketball Ontario Division 2 championships following an opening 62-60 loss to the Oxford Attack.

“Losing the Friday night game put us at the mercy of waiting for the last game of the night to determine our fate,” head coach Ezio DiDomenico said.

The team improved its chances though by defeating the York South Silver Knights 68-39 and Wild Hawks Basketball from Waterloo 89-64.

“Oxford losing to the Silver Knights guaranteed us a chance to play for gold which set up a rival challenge against Blessed Sacrament,” DiDomenico said. “The boys were hungry to do what we started the weekend to do which was come home with the gold.

“For most of the boys, this was the final weekend of their club basketball careers and they wanted to finish on a high.”

“Our team had some of the best high school players in the region and definitely the best on their high school teams,” DiDomenico said. “With the depth and versatility of the players on the team, I never really had to worry about who was on the floor. We just made sure our matchups worked.”

The players bought in to whatever was required of them.

“I asked some players to take a different role than they may have played on their previous teams and they responded in a productive way,” he said. “The pressure defence we played from start to finish every game made it difficult for our opponents to handle. The way the boys executed  our transition game on offence and defensively made it difficult for teams to respond to the speed of our game.

“Being able to have players that could go in and out made it easy for me to coach.

The team started the season preaching ‘Team and Together’ with emphasis on achieving its goal as one.

“Each and every player contributed 100 per cent effort and left everything they had on the court every minute they played,” DiDomenico said. “The all-star of this Ontario championship  was the team and that’s the only way we could have won; together.”

For more information, contact Jill Stiefelmeyer or Scott Madole at 905-934-4006.

The Pen Centre and Canada Basketball will be hosting a pep rally for Canada’s entry in the upcoming  FIBA U18 Americas Championship June 10-16 at the Meridian Centre in St. Catharines

“We are excited to welcome Team Canada,” said Bawe Nsame, CEO of B&M Agency, Sport Marketing Agency. “We want to give Team Canada a warm welcome and to show them that the community is rooting for them. We welcome all sports club in Niagara Region, elementary schools and fans to attend this unique event and experience. In fact, we have Ridley College that will be bringing students and staff to the pep rally.”

The rally begins at 11 a.m. and will feature dance performance by Fusion Studio of Performing Arts, mascots, members of Team Canada and lots of crowd engagement.

Closest to the Pin in 3
#3: Dave and Kim Kanwisher
#8: Mike and Rose DiLonardo