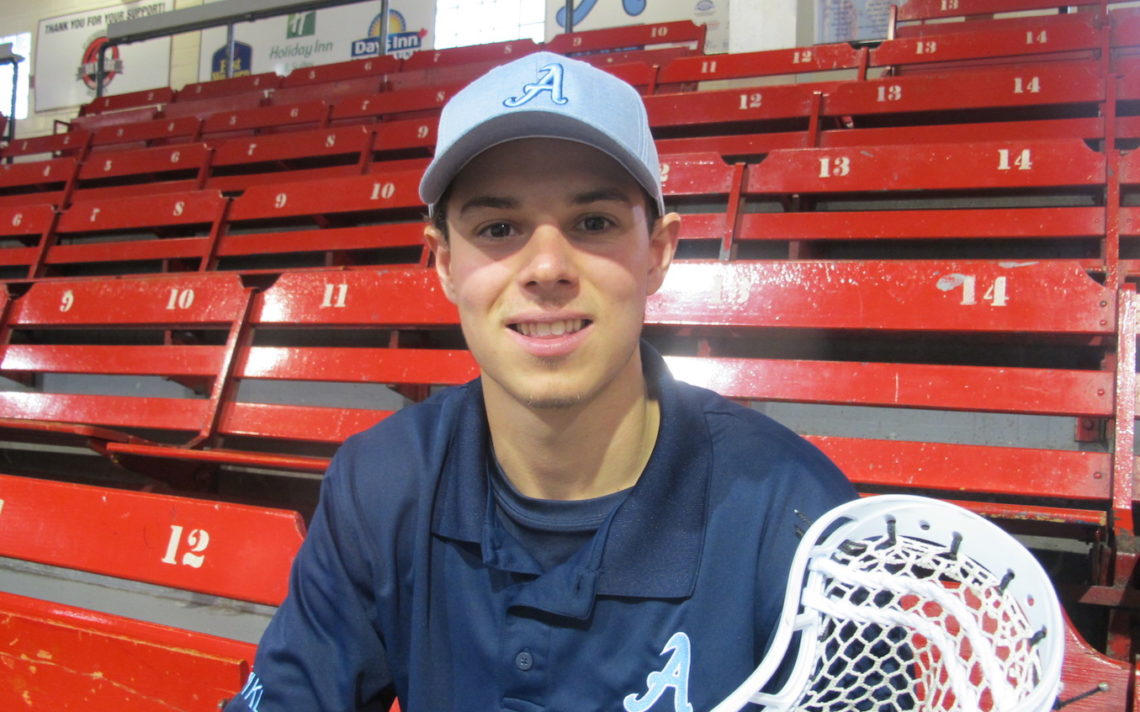 A’s enjoy a day at the beach

Brett Erskine’s first season at the University of Detroit Mercy couldn’t have gone much better.

The 19-year-old St. Catharines native had a memorable freshman campaign with the Titans, racking up a list of impressive statistics.

Not only was Erskine the only starting attack man rookie to start every game, but he also finished second in team scoring and was second in freshman scoring in the conference. He was also a top-20 scorer for freshman in the nation and was named to the Metro Atlantic Athletic Conference all-rookie team.

Not a bad debut at all.

Having said that, Erskine quickly realized how talented the players were, both on his own team as well as on the opposition.

“The coaches told us you might have been the best in high school, but playing college you have to be the best of the best. There are 50 guys on your team who were the best. It’s a battle every day.”

Erskine said it’s all business, all the time.

“The big difference is every practice is a battle, everyone is fighting for their spots,” he said. “You kind of get thrown into it right away. That helped me get ready for the season.

Erskine, who is in his fourth season with the St. Catharines Athletics, is used to battling bigger opponents.

“Playing junior helped me. Being a small guy (5-11, 155) you get used to playing against bigger guys all the time,” he said.

“If you’re looking to play ball up the next division, another year definitely helps get more used to the players and your body has to get used to working that hard,” he said. “It’s definitely a big step up from high school, but you just have to keep working on it.”

Erskine, who said he received “ a good sized scholarship” to UDM, is majoring in business.

“They work really well with you and our coach is really big on keeping our grades up. There are tutors and resources there to help you.”

Erskine has gotten off to a quick start for the A’s, including a nine-point performance last week in a 14-7 win over Peterborough.

Erskine likes what he’s seen so far from the Athletics.

“Steve (head coach Steve Toll) has done a great job,” Erskine said. “For years they’ve been talking it was going to be their year, but that doesn’t mean anything. Last year, we didn’t make the playoffs and we have basically the same team. A lot of the older guys, myself included, kind of set a goal for ourselves. It’s unacceptable for a team with our talent and ability not to make the playoffs.”

Erskine feels the A’s are ready to take the next step.

“I was sick and tired of everyone saying you guys are going to be good in the next couple of years. Why can’t we be good now? We want to prove to the league we’re a really good team and we can make a deep run.”

The Athletics made it two wins in as many nights with a 12-9 victory over Toronto Beaches Wednesday night at Jack Gatecliff Arena.

Alex Simmons paced St. Catharines with six goals and three assists in his first game of the season since returning from Culver Academy in Denver.

Tuesday in Whitby, the A’s prevailed 9-5 over the Warriors.

Nick Damude made 31 saves in goal for the win.

The A’s are at Orangeville Friday and at Burlington Monday.