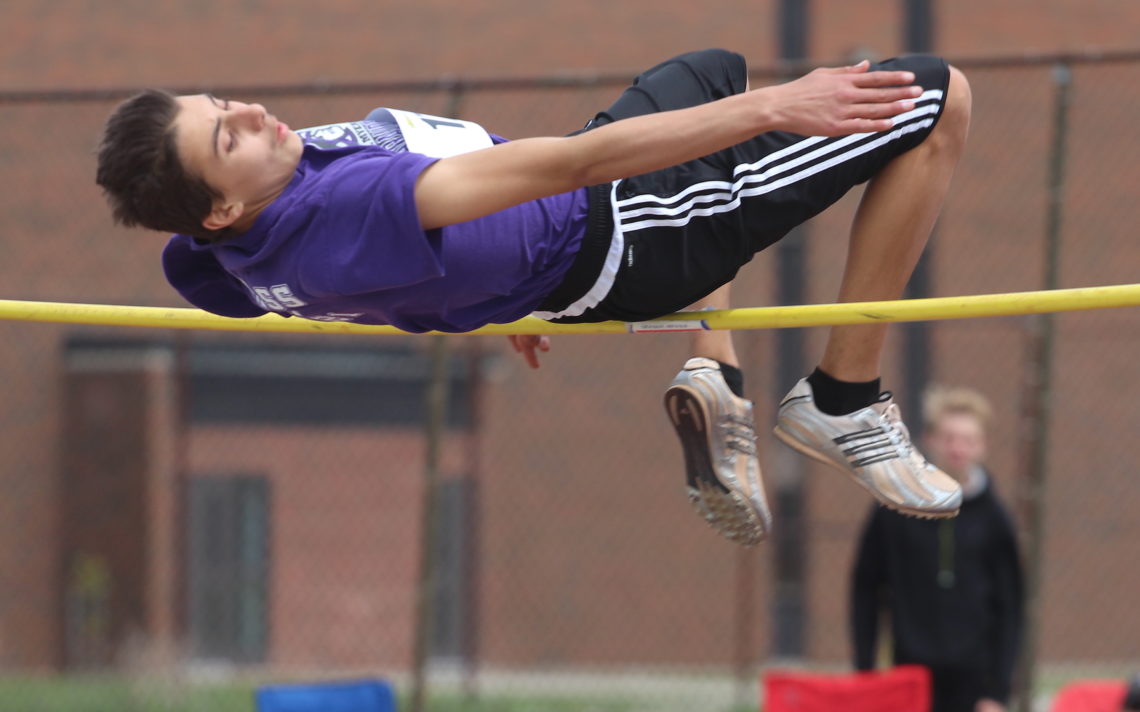 Heading into high school, Michael Ivanov wasn’t on anyone’s radar when it came to track and field events.

The Grade 9 student at A.N. Myer Secondary School in Niagara Falls competed in high jump, triple jump and long jump in elementary school, but didn’t make it into the top seven in any discipline at the District School Board of Niagara regional level.

But the 14-year-old St. Catharines resident believed in his own natural abilities to be better.

“Without any training at all — maybe one or two school practices — I had natural technique and a lot of people told me I should work on those events because I could be really good at it,” he said. “My parents (Sylvia and Charles) and my friends also saw potential in me.”

With the encouragement of many, he decided to join the Niagara Olympic Club and began training seriously.

“They got me well trained, well prepared and I am exceeding expectations in all events and competing with athletes who I never would have thought I could have competed against before at a high level.” 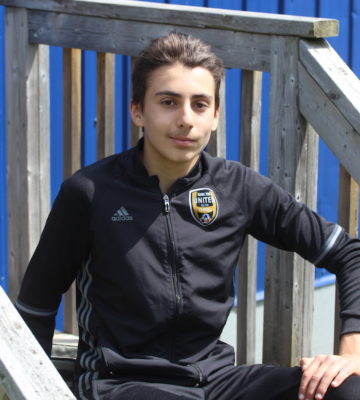 He credits his rapid improvement to a lot of hard work and effort.

“I came to almost every practice and it paid off.”

But it wasn’t easy.

“Winter was the worst season to train because it’s hard to get places and when you want to jump outside, you can’t because it’s snowing everywhere and the pits are frozen,” Michael said. “We had to go inside to a few places.”

He trains three times a week and has fallen in love with the sport.

“For some reason, I never not want to go to practice,” Michael said. “I’m always excited, prepared and ready to do my best.”

He had no idea how he would do at the high school level and was pleasantly surprised when he performed strongly at the Bulldog-Cougar Classic. He finished first in the triple jump against both Grade 9 and 10 competitors, was fourth overall in high jump and first in high jump in the Grade 9 division.

“I was doing a full metre over my personal best in a few of my events and I was jumping 30 centimetres higher than before,” he said. “It surprised me a lot about how much I improved in such a short period of time.”

At the Zone 3 meet Monday at the Niagara Olympic Club, Michael placed second in the high jump and won the long jump with a personal best jump of 5.61 metres.

“Right now, my goal is to make it to OFSAA for all three events and coming top three in two and top five in my other one,” he said.

He has yet to formulate any long-term goals.

“I’m just getting my feet wet and seeing where it takes me.”

Niagara Olympic Club coach Randy McDougall has been amazed with the progress Michael has made already.

“He spent the entire winter in the gym doing a lot of physical training; basically a crossfit-style of training two or three times a week,” he said. “He did everything his coaches asked of him in the gym to make sure that he had the strength gains to be ready. 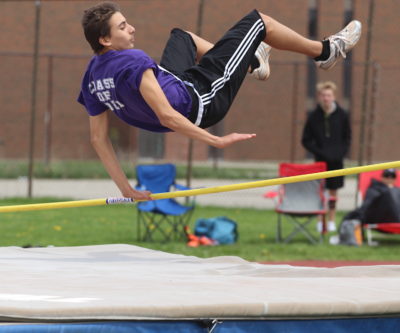 “He spent more time doing that than he actually spent jumping.”

MacDougall feels Michael has all the necessary attributes to succeed,

He feels the sky is the limit for the talented teen.

“He has already qualified for nationals in two events and we are hoping to get him there in all three,” McDougall said. “Long jump would be the last one.”

The goal is have Michael jumping 1.8 metres in high jump and to continue to improve in other events.

“He has a lot of potential to compete and possibly medal at nationals,” McDougall said.

To continue to improve, Michael has to maintain the strength gains he made in the winter and continue to fine tune his mechanics.

“He needs to remain confident so we can expand what he is doing and progress upwards,” McDougall said.