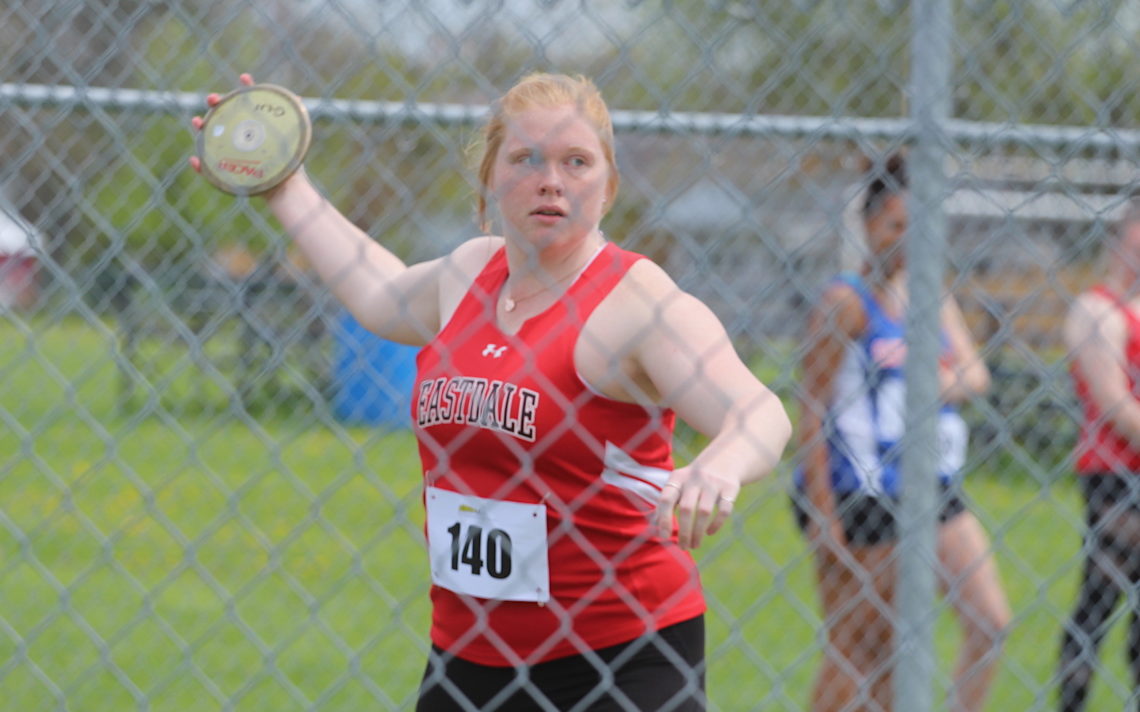 There’s not much left for Trinity Tutti to prove at the high school track and field level. 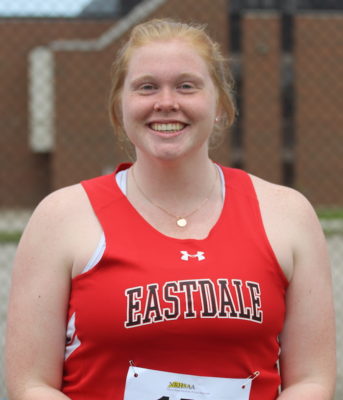 The 18-year-old Tutti has also won several national titles to the point where she can’t even tell you how many she has captured. Welland’s reigning athlete of the year recently won a pair of gold medals at the Commonwealth Youth Games and was up to her usual high standards at Monday’s Zone 3 track and field meet at the Niagara Olympic Club.

Tutti had a personal-best throw of 52.25 metres in the discus to win the senior girls title and later added the senior girl shot put crown to her resume.

Given her impressive credentials, Tutti has received plenty of interest from NCAA schools, but she has no plans to take any of them.

“I think I am going to stay with Richard (Parkinson) instead,” she said.

Parkinson is a national team coach and a coach with the Sisu Throws Club, based out of Toronto.

“I am probably going to take a year off of school just to focus on throwing and then go to school the following fall.”

She came to the decision after lengthy discussions with Parkinson.

“We thought it would be for the best. I’m not a fan of school work and I don’t know what I want to do yet.” 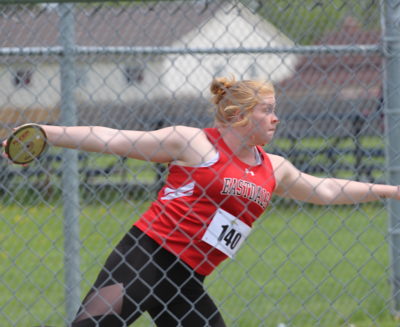 She is a big fan of Parkinson.

“I think Richard will be able to help me reach my goals.”

Those ultimate goals are not for public consumption.

“They are in the future so I don’t really want to say anything right now just in case something happens,” she said.

Short-term, she is chasing after plenty of titles and records.

“At OFSAA, there are a few records that I would like to go after and then there’s world juniors this summer in Finland and I am hoping to make the team.”

Much of her motivation came from her original coach, John Ahlstedt of Team GRUNT (Gaining Respect Utilizing Niagara Throwers).

“He would show me OFSAA records and a bunch of names that I recognized and I just want to be in there,” Tutti said. “I want people to recognize me and strive to go after my records, too.”

She is hoping to end her high school career on a high note.

“I want to be remembered,” she said. “That would be nice.”

There’s little doubt of that already and it has left Tutti surprised at all her success.

“I definitely wasn’t expecting it and I didn’t think it would take me this far already.”

She credits her success to dedication.

Tutti is trying not to think about the end of her high school career.

“I think that would make me very anxious and upset,” she said.

Tutti trains five days a week locally and then three times a week in Toronto. Her biggest improvement in the last year has been mental. 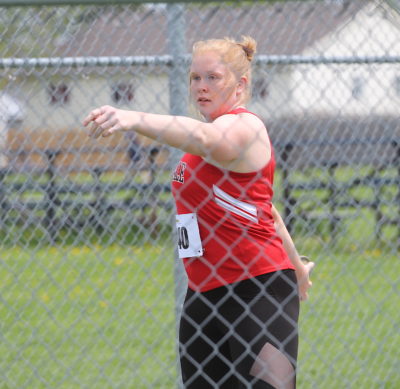 “The biggest thing is my self confidence and Richard really helped with that.”

Given her impressive accomplishments, one wouldn’t think confidence would be an issue, but it was for a long time.

“I am a little bit like that with everything,” she said. “I used to be super shy and I think that I am still coming out of my shell.”

She loves the singular nature of throwing.

“I like how you depend on yourself and it’s not like a team thing,” she said. “It’s what you can do and not what everyone can do together.”

She knows what she needs to do to take the next step as a thrower.

“It will take more training, more focus and drills to get me better with my technique, strength and speed.”