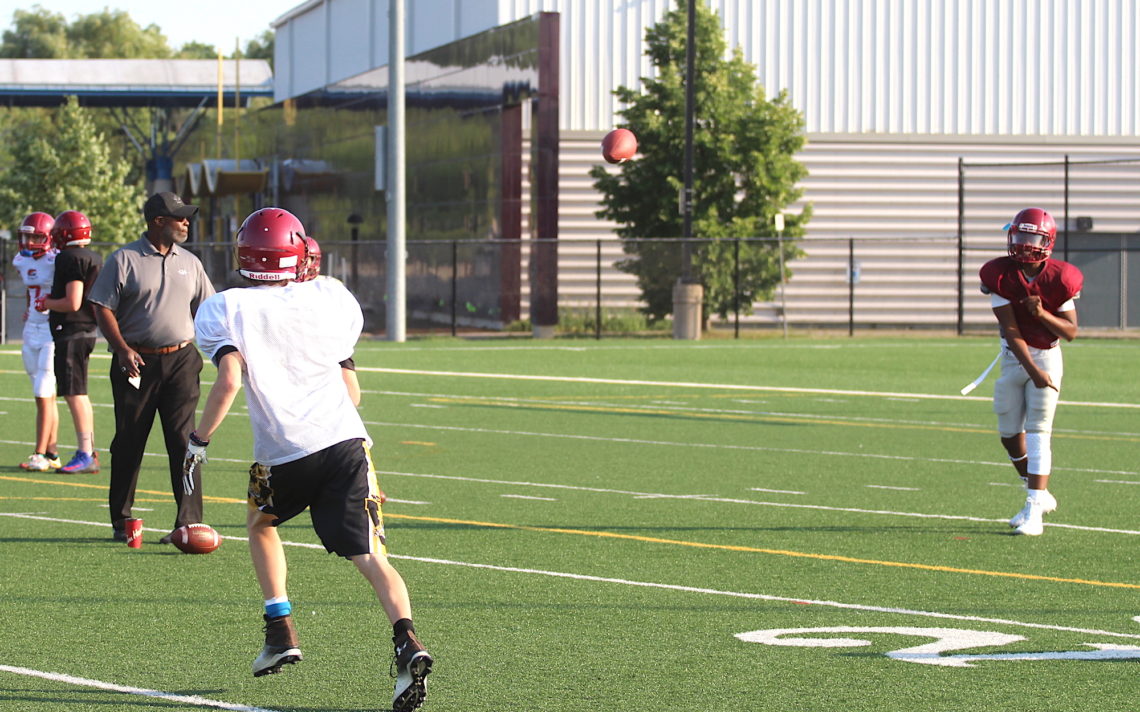 The Niagara Spears bantam football team saw its season come to an end with a 43-7 loss to the Essex Ravens in the Ontario Provincial Football League’s West Division final.

“I couldn’t be prouder of this group of boys that I’ve had the privilege of coaching, some of them since they were seven years old,” Spears head coach Bill Crawford said.

“Warm conditions and everything that went on during the game and (we were) down 8-7 at the half, but these boys gave 110 per cent the whole game and never quit.”

Essex went into the final with much greater numbers than Niagara.

“We have 25 kids on our team compared to almost 50 on the other side and it wasn’t until the fourth quarter when the game started to get out of control,” he said. “The coaches and all the helpers did an outstanding job hydrating the kids throughout the game in extremely warm temperatures and I could not be more proud to associate myself with the men and women that coach and help out with this team.”

It was quite a turnaround season for the bantam Spears program that went 0-8 last year.

“It was a great season and I hope to see all the kids back on the field in the fall and next summer,” Crawford said.