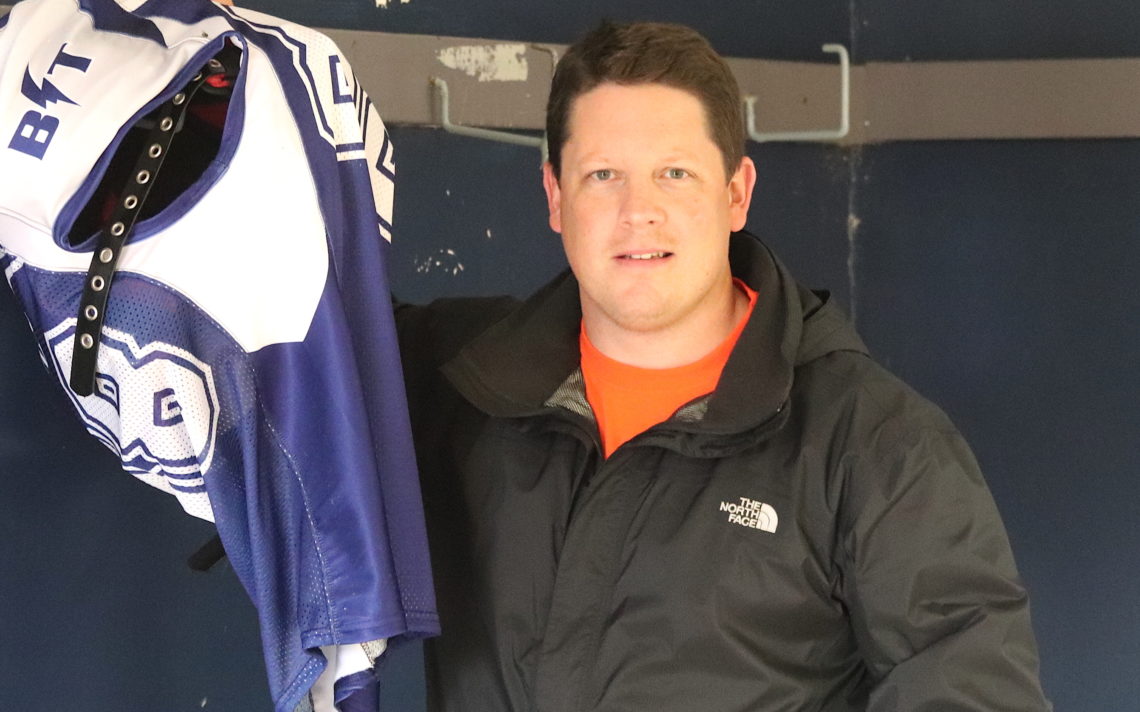 That love helps him overcome frustration when he feels his ability to coach is being hindered by other outside forces.

“I want to be able to come out and coach students the game the way I think it should be played,” the 41-year-old St. Catharines native said. “I want to spend time in the trenches with these guys, running around, teaching them how to do things properly but at the same time building that camaraderie where we can joke around and have fun. That to me is very important and right now I am missing that because it has been there for a long time.”

And while the COVID-19 pandemic has provided him with a break from the grind, he is missing something he has looked forward to since his five-year playing career with the Holy Cross Raiders. 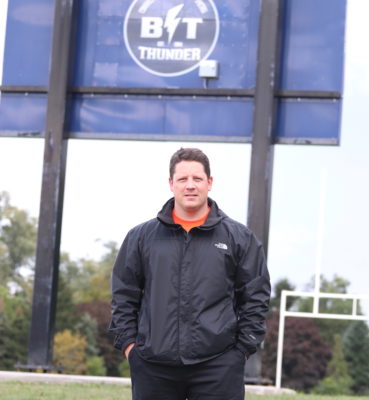 “One of my happy places is standing on a football field watching my team warm up, smelling the damp grass, feeling the anticipation of the game and hearing the smacking of the pads,” he said. “It sounds cliche and hokey but it is a happy place and has been a huge part of my life for so long.”

He is grateful for all football has given him.

“I am where I am in my life because of opportunities football provided for me.”

COVID-19 has given Canadians a renewed appreciation of daily activities they take for granted but Jones didn’t need a pandemic to realize the importance of football.

“In many ways, COVID has simplified life, broken things down and shown us what is important, but I would be lying if I said I wasn’t missing football. Watching it on a Sunday afternoon is just not the same thing.”

He went to teachers college at Western and upon graduation volunteered on the coaching staff at Holy Cross under Dave Thomson.

“I was close to Dave, I loved playing for Dave and the first chance I got to help out and give a little bit back, I did.”

He then taught for a year in London, England, where he coached basketball.

“I thought about staying there but I really wanted to come home and put down some teaching roots and, to be blunt, I wanted to coach football.”

Jones landed a full-time job teaching at Saint Francis in the fall of 2007 and helped out football coaches Terry Lehne and Gord Barber. When Lehne transferred to Lakeshore Catholic, Jones ran the defence and Barber was in charge of the offence.

“It was a lot of decisions by committee but Gord was the head coach,” Jones said.

Barber and Jones were the only two football coaches at St. Francis for a number of years. 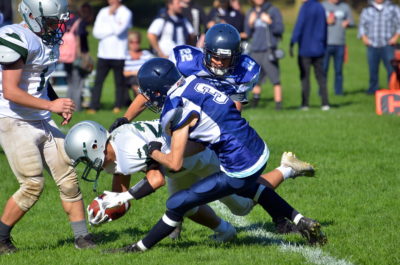 “It was Gord and I for roughly 10 years. I learned a ton from Gord, not just Xs and Os, but how he handled the team.”

Barber’s approach was somewhat different than what Jones had experienced as a player.

“Gord was really good with talking to kids straight up and not beating around the bush, or tip-toeing around sensitive issues. It was: This is what needs to happen; this is what we are going to do; and, if you want to be a part of that, then you have to be here for that.”

“I was on board with that right away and we very much gelled despite some of the differences in our approaches because, at the core, we had the same set of football values.

That core philosophy was a lunch bucket, hard hat approach to football.

“Strap up and go block harder, tackle harder and run harder than the guy across from you. If 12 guys do that all at once, we will probably win.”

Barber and Jones certainly did that at St. Francis with the Phoenix. During one particularly memorable run, the team won three championships in four years and made four trips to the final in five years.

When St. Francis moved up to the higher tiers of football, it was often David vs. Goliath but the Phoenix hung tough.

“When the Catholic league was formed, we went into a few games just hoping to compete,” he said. “In the first year, that was the goal and we were able to. A lot of that was due to the fact that there was a culture that we had worked very hard to create at St. Francis.”

Playing in the Catholic league was a challenge.

“Even though we had gone from being the ones with the targets on our back to now being the underdogs, it didn’t change the outlook that we were going to go out there and play as hard as we possibly could. We were going to block, tackle and run as fast as possible.

“Even though we didn’t necessarily have the bodies in terms or numbers or the size to compete like the larger schools, it sounds cliche but the kids had heart and that made a big difference.”

Jones was entering his third season as head coach at Blessed Trinity when the pandemic struck.

His main goal is winning the right way. 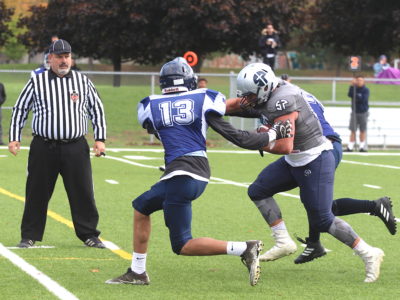 “It’s winning the way I think the game should be played which means for me that if a kid doesn’t show up for practice, they don’t play. Some coaches prefer to play a kid whether he shows up or not, but I would like to think more and more coaches are pushing the character side of the game.”

“Number 1, it should be fun because if it’s not fun, what’s the point? But football is also a character builder and it’s taking what you learn on the field and you use it to become a better husband, a good father, a good co-worker and not necessarily a professional athlete.”

“You are accountable to the other guys on the field to make a block, or catch a pass or make sure you show to practice to do your part whether you are the starting quarterback or the third-string centre.”

Jones has missed not having Barber but he has tried to push that accountability on his players at Blessed Trinity.

“I wish he was here shoulder to shoulder with me because it came so naturally to him and it made my job a whole lot easier at St. Francis.”

Jones misses having a fellow teacher coach at Blessed Trinity, but he is appreciative of the help he gets from community coaches, Dan Steele, Dave Maniaci and Grant Owen. His community coaches have plenty of other responsibilities but still make time for the Thunder football program.