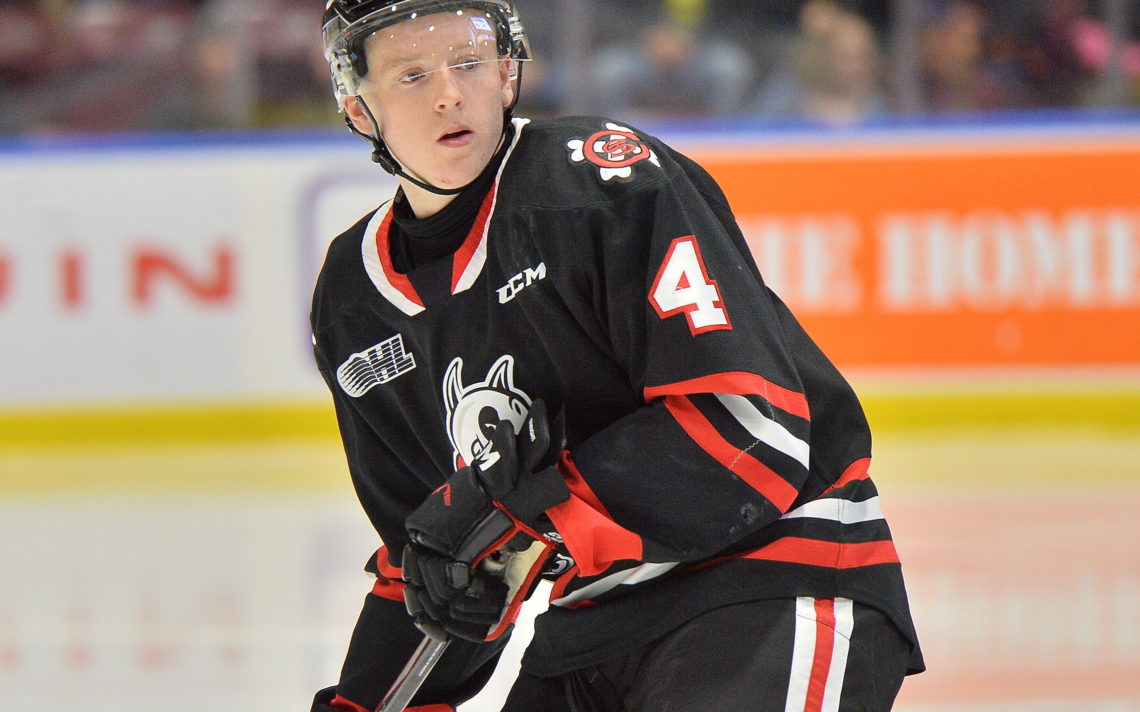 The Niagara IceDogs have set the bar high for Isaac Enright this season.

The Ottawa native had a solid rookie campaign last year after being selected in the first round (17th overall) of the 2019 Ontario Hockey League draft, and IceDogs coach Billy Burke feels Enright will only get better.

“We definitely have high expectations for Isaac this season,” Burke said. “As a 16-year-old rookie last year, he was thrown right into the fire in terms of his role and responsibilities. He was playing in our top pair, close to 25 minutes a night, and most of that time was out against the best players in the league.”

Enright collected a goal and nine points in 53 games last year and more than lived up to his billing as a first-round draft choice.

“Isaac isn’t a flashy player, but he is a rock-solid, every-situation player in all three zones and that’s exactly what you want in a cornerstone defencemen,” Burke continued. “He is smart, skilled, tough, and can break up plays defensively and set them up offensively.”

Enright is looking forward to his sophomore season.

“I’m super excited. I’m planning to have a pretty good year for myself and the team and can’t wait to get the ball rolling on things and get back into my routine in St. Catharines,” he said. “I’m definitely pretty comfortable in the league.

“I think my game is mentally there, it’s just a matter of getting the physical presence to the same level.”

Enright, who is taking on-line classes at Governor Simcoe from his home in Renfrew (one hour west of Ottawa), has taken full advantage of the extra down time with the OHL season in limbo due to the COVID-19 pandemic by working out four times a week in the gym and on the ice. He also found time to work in the construction industry.

“It was a little difficult to adjust at the start. You didn’t really know what you were allowed to do but I got into my own routine,” he said. “I think I adjusted pretty well.

“This summer has really helped me a lot, even the little bit of extra time to train and develop strength and speed and conditioning.”

Enright feels going through a tough season as a rookie — the IceDogs finished with 18-39-5-1 — can only help him down the road.

“It was definitely more mentally challenging than anything. It was tough on our ego,” he said. “We all stuck together and the older guys really did step up at the end of the season and helped us young guys perform as best as we could and kept motivating us.

“This year is definitely going to be a bounce back year for us. We have some younger guys who are stepping up into bigger roles and I’m just excited to see what all the boys can do this year.”

“I think some of the long nights last year are really going to pay off for Isaac as a player and a leader and I would not be surprised to see him establish himself as a premier OHL defenceman quickly this season,” he said.

OHL camps are set to open Nov. 15 with the regular season set to being Dec. 1, pending government approval.

“It’s definitely going to be a thrill,” Enright said. “I miss that place (Meridian Centre), just the energy around. The fan base has always been really fascinating to me how they come out and keep coming out. When the team is struggling and we’ve down on ourselves, the fan base is always there for us and that atmosphere is second to none.”