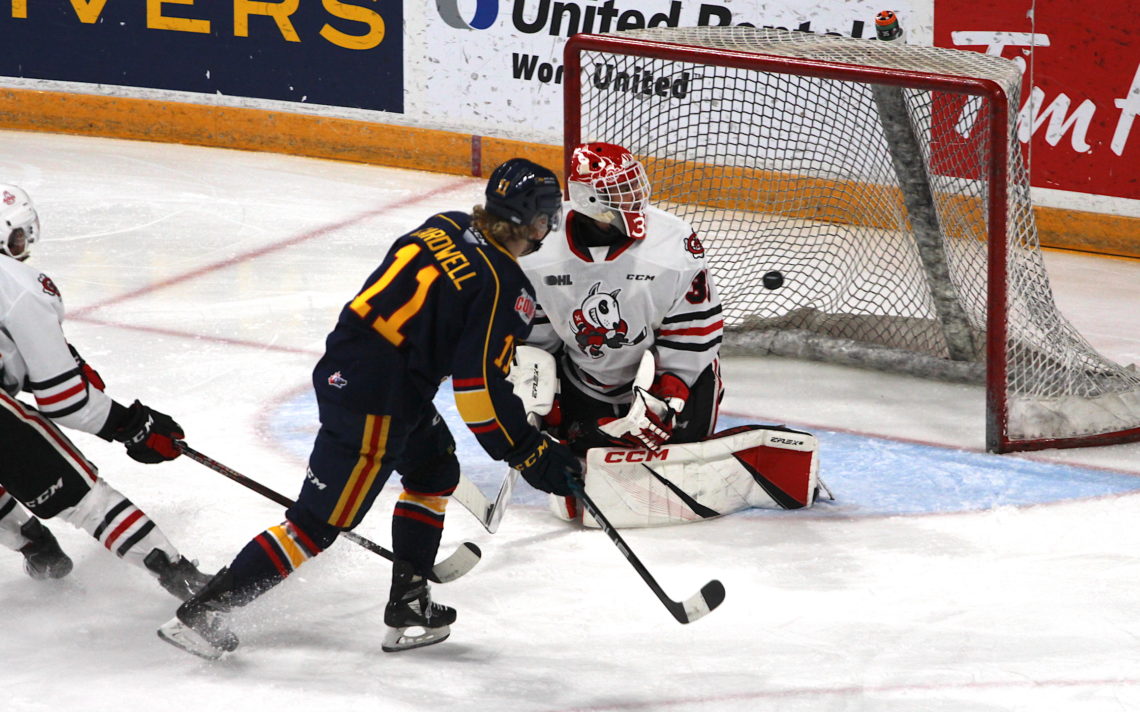 The IceDogs topped the Barrie Colts 7-4 Friday night at Meridian Centre on a night when a whole lot went right in a season where things have gone mostly wrong.

“I’ll remember this one for a while, that’s for sure,” said Angelidis, who saw the IceDogs lose twice last week after he took over for Daniel Fitzgerald behind the bench. “It is about the players and the team first.

Not only did the win snap a five-game losing streak for the IceDogs, but it came before the biggest crowd of the season (4,220).

“Thrilled for the fans. It was loud in that building and they deserved the win,” Angelidis said.

Angelidis said he planned to call Andrew Mangiapane of the Calgary Flames and do some good-natured gloating over the win.

“I’m very close to Andrew Mangiopone. He played three real good years for Barrie so he’ll be getting a phone call shortly. I’ll be giving him the gears about beating Barrie for my first OHL win,” he smiled.

The IceDogs made sure to retrieve the puck at the end of the game as a souvenir for Angelidis.

“I have 10-year-old and eight-year-old boys at home who will probably fight over this one,” Angelidis said. “Probably go on the mantle above the fireplace. I’ll keep that one.”

IceDogs forward Brendan Sirizzotti, who potted a pair of goals and was named the game’s first start, was happy for Angelidis.

“That’s huge. We all wanted it for him. It’s the best thing we could have done,” Sirizzotti said.

Sirizzotti felt the win was just what the doctor ordered for the IceDogs.

“One of the biggest things we’ve needed this year,” he said. “We were in a big slump there. We’re a good team and we just needed a win to get our confidence back.

“Everything is going to turn up from here.”

The IceDogs have another big test when they play host to the North Bay Battalion Saturday and Sirizzotti feels it’s essential the team builds on Friday’s win with another solid effort.

“At the end of the day it’s the biggest thing for a hockey club,” he said. “We just have to keep pushing and pushing. It doesn’t matter who we’re playing, who’s coming into town or where we’re going. We have to play our game and we can beat these teams.”

Sirizzotti said it’s now up to the players to perform following the dismissal of Fitzgerald.

“Things happen. We’re not going to look back and down on them,” he said. “We were in a spot where the owner made a decision and the least thing we can do for him is to go out and play our game because he’s putting a lot of money into us and we have to do him a favour back.

“We were in a bad spot. We were losing a lot of games. Everyone was down and the new change kind of gave everyone hope now we can turn it around. It’s nothing against the old coach — he’s a great guy — we were just in a bad spot as a team.”

The IceDogs led 2-1 after 20 minutes on goals from Sirizzotti and Pasquale Zito sandwiched around a Barrie goal by Ethan Cardwell. Cardwell scored two goals 13 seconds apart to tie the game in the second before Nolan Dann put the IceDogs back in the lead when he scored his fifth of the season 23 seconds later.

“You don’t want to burn a time out in that scenario but trying to read the temperature of the game and our bench and I thought we needed a deep breath,” Angelidis said. “I’ve been saying to them to play every shift (like it’s) 0-0, Game 7, overtime. Treat your next shift like it’s overtime and make smart decisions.”

Next up: The IceDogs are back home Saturday against North Bay for the Teddy Bear Toss. 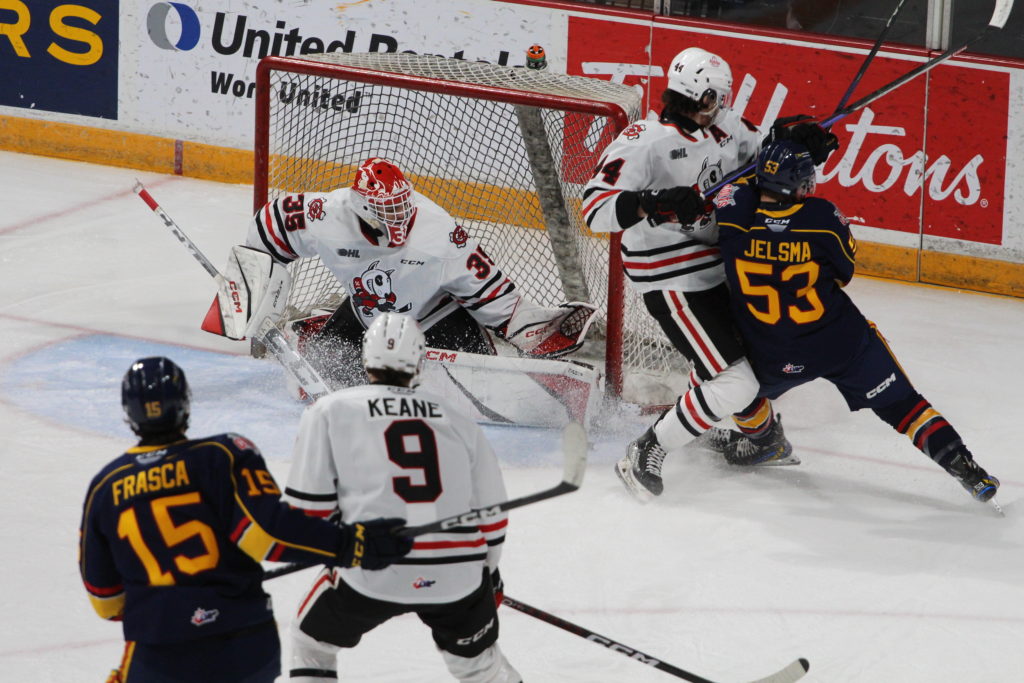