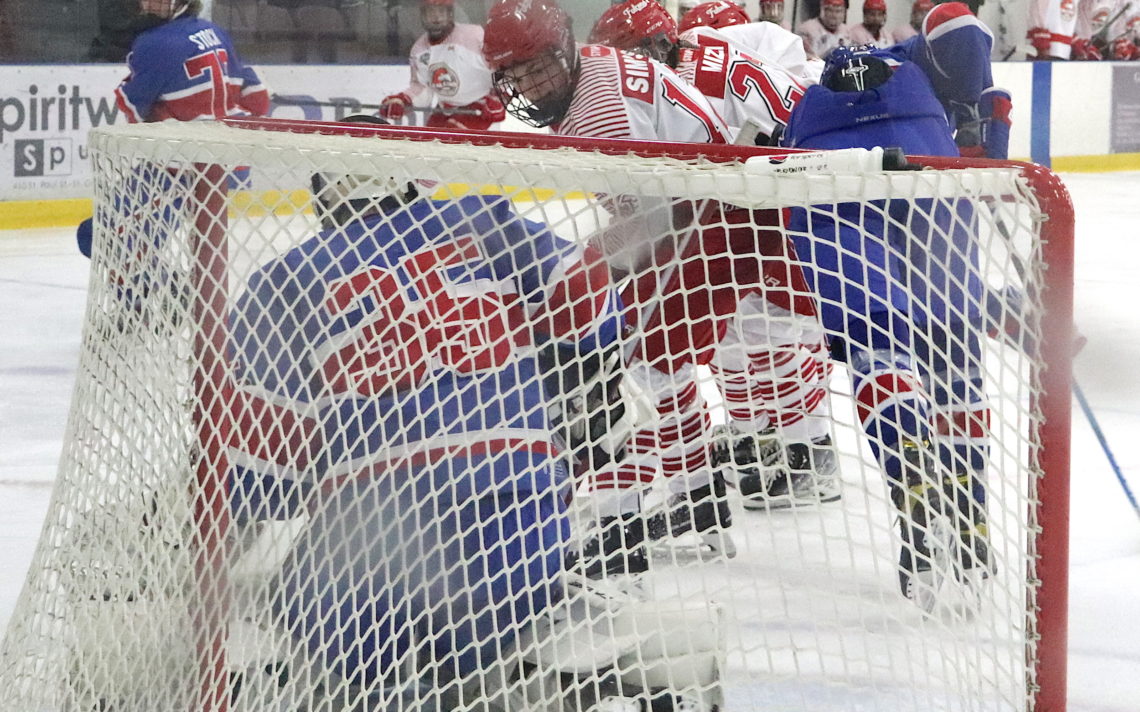 When it comes to backup goaltenders, Steve Toltl is the total package.

The 17-year-old Binbrook resident came into the St. Catharines Falcons’ Friday night home game against the Welland Junior Canadians with a 1.25 GAA and .949 save percentage and he boosted those totals against Welland. The Grade 12 student at Bishop Ryan made 28 stops to lead his team to a 5-1 victory.

“Steve has been a great addition. He is a young guy and he has had a great start,” Falcons head coach Tyler Bielby said. “He has been able to get some shutouts this year and get some good numbers. He works hard and he make the guys better in practice every day with his work ethic. We are really happy to have him and we think he has a bright future.”

Bielby agrees being a backup goalie is not an easy role on a hockey team.

“It’s very difficult when you don’t get in too often and the expectations are for you to be as good as you can every day but it doesn’t always work out that way.”

The six foot, 165-pound goalie played with Niagara North Stars under-18 AAA team last season where he had 2.97 GAA in 11 games played. It was there where he got an up close and personal view of how a team prepares to win a Sutherland Cup.

“We actually shared a rink with the Falcons last year, the Jack Gatecliff. We had a dressing room there as well and whenever we practised they got to see us. I was looking forward to this opportunity for a while,” Toltl said.

He took it upon himself to get that opportunity.

“I knew that this was the place that I wanted to be because they had great success last year so I came to camp and I guess I showed them what I got.”

Toltl is diligent in his role with the Falcons.

“You have to work hard in practice and be ready. We have a great team and a great coach who gives us a great week of practice every week. All you can do is stay patient and have faith in yourself that you will perform when the time comes.”

Toltl is happy with his season, which has included three shutout and gaudy numbers, but he’s even more delighted about other elements of his Falcons’ experience.

“I really like that I am connecting with the boys in the dressing room and I am fitting in here. I feel that I am part of the family and I can trust every single one of the guys on the team that they have my back. I like going to war with them.”

His goal is to earn a NCAA Division 1 scholarship and he’s working hard to make that happen.

“For me, the next thing to work on is playing the puck and being a bit more relaxed back there. I want to keep my head up, make plays and contribute to the offence as well.”

The Falcons improved to 18-3-2 in Greater Ontario Junior Hockey League Golden Horseshoe Conference play with the win while the Junior Canadians fell to 6-17-1-1. Second-place St. Catharines built period leads of 1-0 and 4-0 to knock off seventh-place Welland.

“I didn’t like the first period. We were working hard but we were sloppy,” Bielby said. “We were giving pucks away and we had to clean it up. We challenged them and as a result they did some better things in the second which allowed us to build the lead.”

Early on, the Falcons looked like a team that had played only once in the previous 14 days.

“It was getting the rust off. You can practise hard but it’s nothing like a game. I think we found our game legs more towards the second period,” he said.

Bielby made sure his team didn’t take Welland lightly.

“I have a lot of respect for the coach (Dave Burkholder) next door and I knew that they would be prepared and would work hard. Even right to the end, they were whacking and being physical and they are not going to go away.”

Falcons facts: It was nice the heaters were on at the Seymour-Hannah. Too bad the public address kept cutting in and out. Must be hard to do a proper game day presentation with such shoddy equipment. At the end of its lifespan, Jack Gatecliff was a vermin-infested dump but at least the sound system worked.

On deck: The Falcons are at Caledonia Saturday at 7:30 p.m. before returning home to host the Pelham Panthers next Friday at 7 p.m. at the Seymour-Hannah complex. 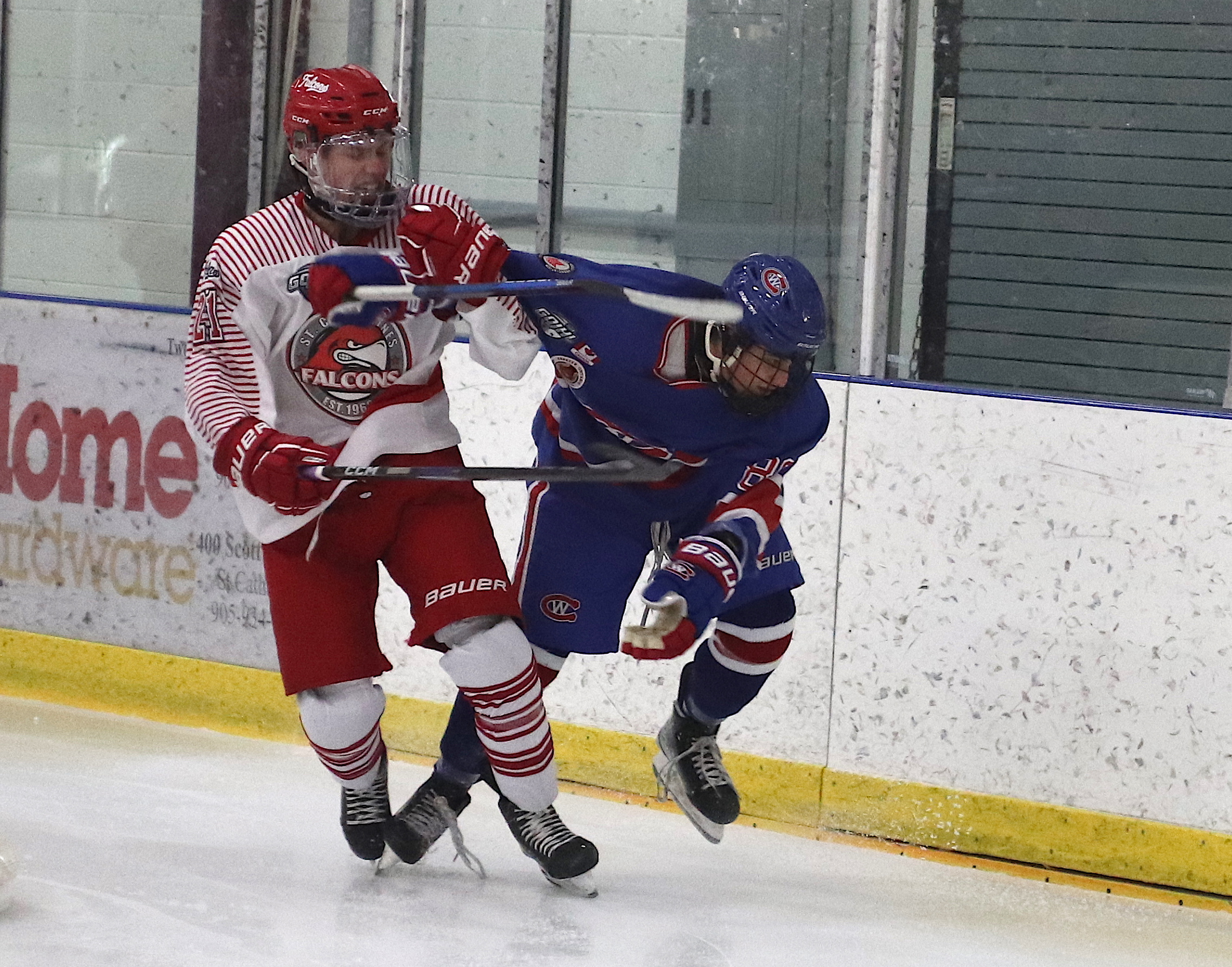