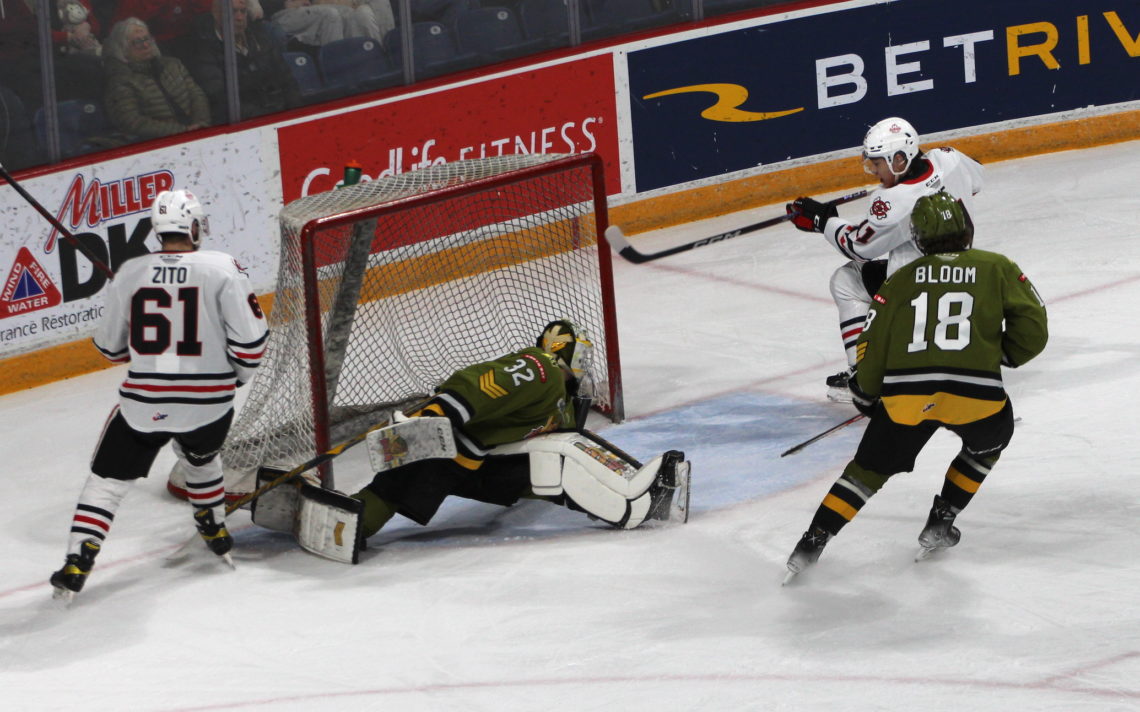 The 19-year-old centre is a strong two-way player who takes his defensive responsibilities very seriously, something Angelidis insists on.

“One thing I’ve talked to him about is being a Swiss Army knife,” Angelidis said. “He kills penalties and plays our power play. I’m a big fan of big centremen down the middle of the ice. I gravitated to him quickly when I got here.”

Michaud added offence to his game Saturday, firing his first OHL hat trick, as the IceDoge edged the North Bay Battalion 6-5 in a sloppy, wild and entertaining game before a season-high crowd of 4,274 fans at Meridian Centre.

“There was a prime example of somebody who was responsible on the right side of the puck and he finds a way to put the puck in the net,” Angelidis said. “I come back to the Hockey Gods. He played the right way tonight and I’m thrilled for him to get three.”

Michaud, who had two goals in his first 17 games, was all smiles afterwards.

“It’s good to get the two points and good to help out my team,” he said. “We’re starting to get some chemistry and it worked out tonight.”

Michaud is proud of his efforts on the other side of the puck.

“That’s most important for me,” he said. “I play a two-way game and defence comes first and obviously offence came tonight.”

The win comes on the heels of Friday’s victory over Barrie and improves Niagara’s record to 6-12-3 following a five-game losing streak and the dismissal of head coach Daniel Fitzgerald.

“It’s been unbelievable. Obviously, we had some circumstances in the lockeroom and stuff so to come out this weekend and get four points, we’re going to keep rolling from here,” Michaud said.

Angelidis was thrilled with the victory, if not the execution.

“Four-point weekends are huge in any league, any weekend,” he said. “Not crazy about tonight’s game, to be honest. Again, we deviated from our path, got away from our team identity. Can’t explain the Hockey Gods thing but we got some bounces our way and were able to capture the two points.”

Angelidis feels the IceDogs need to tighten up in their own end.

Angelidis gave Josh Rosenzweig his first start since taking over and the big backstop responded with a 45-save effort.

“Rosey was fantastic tonight,” Angelidis said. “Obviously we want to keep the goals lower than five but that’s a really good team and let’s be honest, they’re on the back end of a three-in-three so there’s some Lady Luck there.

“It happened to go our way tonight but we’ve got to be better than that and we’ll address that this week.”

The Battalion appeared to tie the game at 6-6 with just over six seconds to play on a wild scramble in front of Rosenzweig but the puck could not be seen crossing the goal line and the goal was disallowed.

Captain Landon Cato took the warmup but was unable to play

“I honestly don’t know why,” Angelidis said. “I was told after warmup he was unable to go.”

Next up: The IceDogs are back home Thursday against Hamilton. 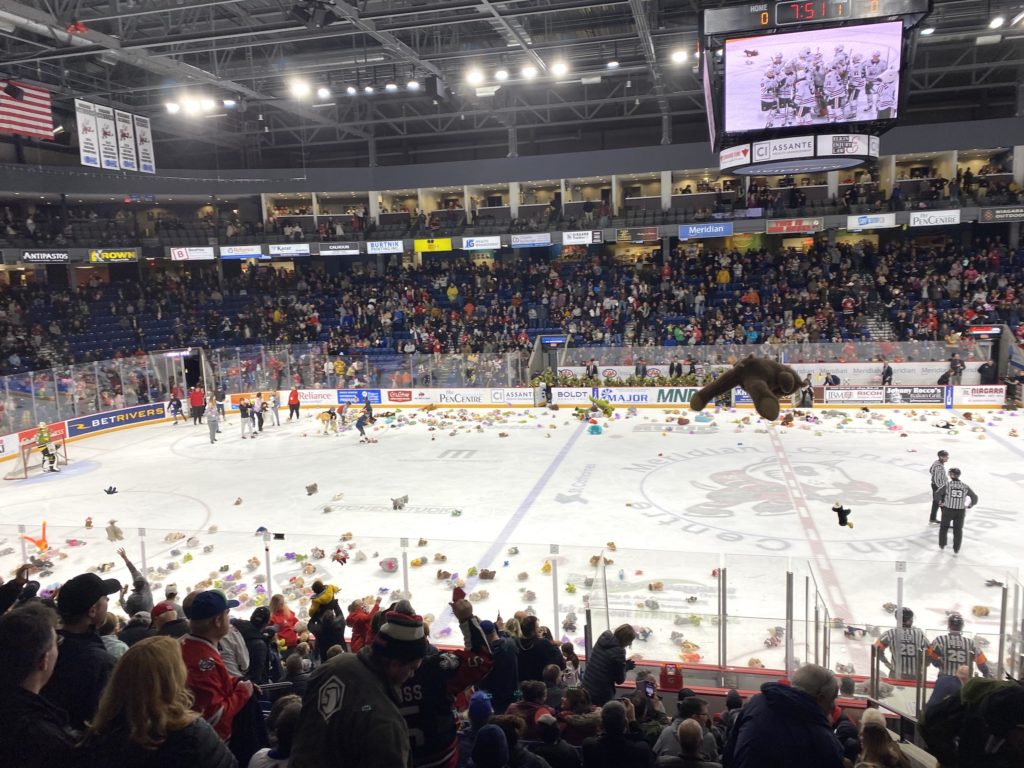