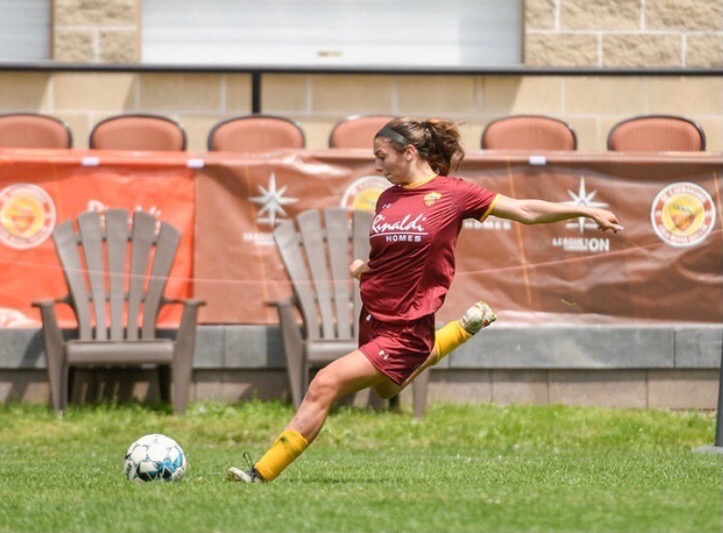 The 22-year-old Stoney Creek resident, who had a friend on the team and knew several of the players she had met while playing soccer at Brock, would always go to the games with one of her friends.

“I watched them and supported them throughout their season. We would get the 50/50 tickets and it was just a great Friday night. Once I heard they had a women’s team I was super intrigued because I loved the atmosphere when I went to watch,” she said. “I had to try out so I reached out to coach Lucio (head coach Ianiero) because I knew him from the Brock season. He was super excited to have me on board so I tried out, loved the atmosphere and started playing from there.”

The former member of the Hamilton United League1 reserves had Hamilton as another playing option but she decided against it.

Her first season with the Club Roma team has been all that she expected.

“Being on a women’s team, I wouldn’t have experienced this in Hamilton or any other club or team,” she said. “I am Italian and having them sing the Italian national anthem before games is surreal.

“Myself and my one friend are bopping our heads to the anthem. We learned it in Italian school when we were young but we don’t know it word for word. I can’t recall the full anthem but I am now bringing it back. The memories are still there.”

By the end of the season, she’s hoping it will all come back to her. 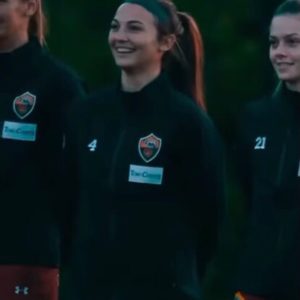 She’s enjoying the chance to return to her cultural roots.

“I haven’t had many experiences to have my Italian heritage come out in a lot of things or soccer experiences before. When coach Lucio speaks Italian to us, I feel right at home.”

She is also enjoying her new teammates.

She’s grateful to have a place to play competitive soccer now that her Brock career is over. Campanella graduated from Brock last October with a bachelor of arts with an honours in psychology and she is now doing a co-op placement at Brock.

“I thought once Brock was over that I would be done playing and I shed so many tears thinking that. But now that Club Roma has this team, it’s even better than OUA (Ontario University Athletics) because the OUA was super stressful,” she said. “I am just so grateful because I don’t have to hang up my cleats.”

Even better, she is still able to buy new cleats.

“I am able to buy more and buy more because I love shopping for cleats. I think all soccer players can vouch for that and say that we all love buying new cleats with the purpose of actually getting to play in them.”

Campanella feels she needs to work on her game to continue to succeed in League1 Ontario Premier Women’s Division action.

“I was actually an attacking midfielder on Brock and the last three years I have played soccer I have been playing winger. Jumping into Club Roma, the coach said they needed defenders,” she said. “I was just eager to just play so I jumped into the defending position not knowing much about it. There is a lot to be learned at that position.”

She is fine wherever the coaching staff wants to play her.

“I love being on the field but I do like defending because I can actually be aggressive and I can see the full pitch. When I was on offence, it was like I had by back turned towards the net. I get to take a step back and breath in a way and I am always in the play as a defender. When I was on the wing, there would be some halves when I didn’t even touch the ball.”

That is no longer the case.

“I get to use my strength, I get to use my touch and I get to communicate with my teammates in all areas of the field,” she said. “I am very grateful to Lucio for trusting me and putting me in that position.”

The Wolves fell behind 3-0 to Unionville Milliken SC in the first half Wednesday night at Club Roma before second-half goals by Anne Ibey and Maia McLean made the game close. 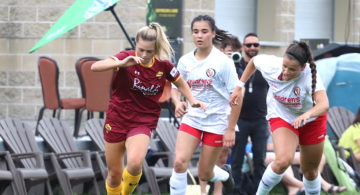 Good to be Bak 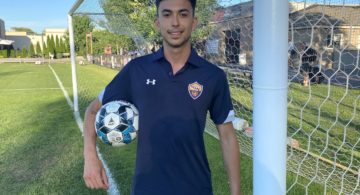 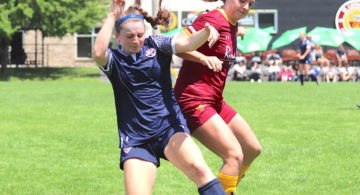