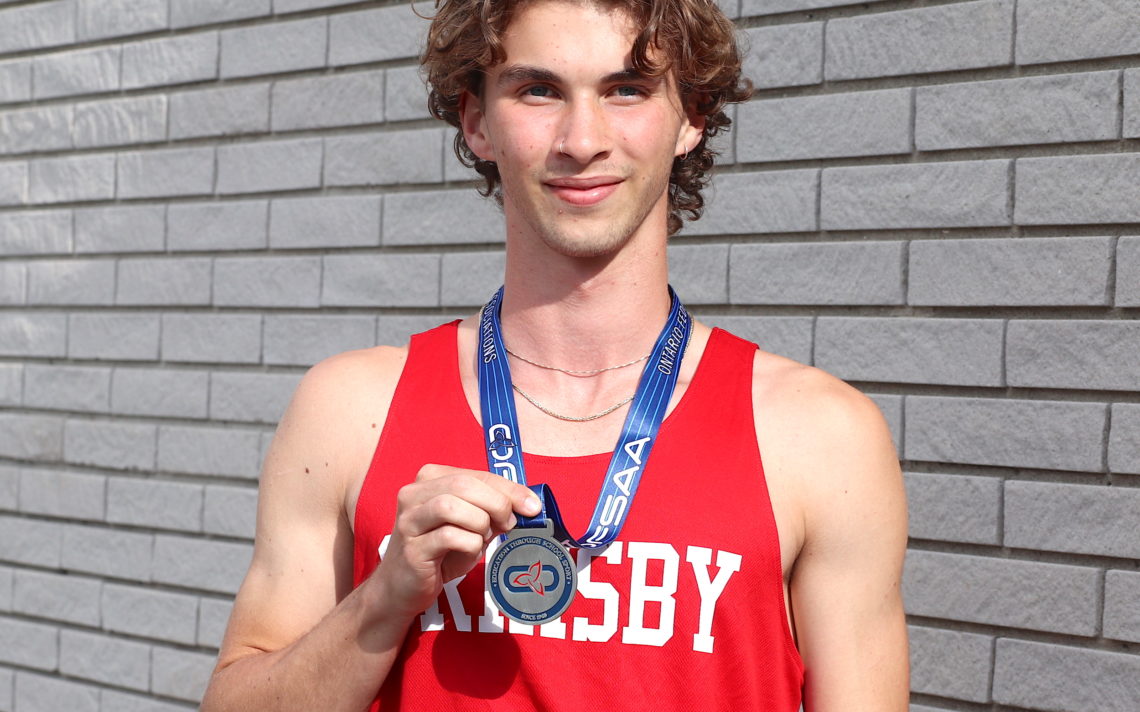 Putting Grimsby on the map

Kaleb Kennedy thought the worst when he injured his back high jumping and had to take a couple of months off from training.

“After I came off my injury, I thought that my season was over,” the Grade 10 student at Grimsby Secondary School said. “When I found out from my doctor that I would be able to throw it was ‘I have to put Grimsby on the map’ because I think it has been awhile since Grimsby had an OFSAA (Ontario Federation of School Athletic Associations championships) medalist.”

The 16-year-old St. Ann’s resident did just that winning a provincial silver in medal in junior boys javelin to help put Grimsby on the map along with Thorold Elite Track Club teammate, Coco Van Nynatten, who won gold in novice girls discus and silver in the shot put.

It was a fitting way for the pair to officially end Grimsby athletics as the school will be closed later this year.

“I was definitely thinking about that and I was trying to get the gold,” Kennedy said.

He came into the OFSAA championships on a major roll having won the Southern Ontario Secondary Schools Association championships by a jaw-dropping 18 metres and the South Regionals by more than 10 metres.

Things started out well for him at OFSAA.

“I was winning throughout the whole competition and a guy game out of nowhere and threw a 55 and ended up beating me by a metre and a half at the end,” Kennedy said. “He got lucky. His second throw was a 37 and he was very inconsistent.”

Kennedy was anything but.

Sadly it wasn’t quite enough.

“It felt amazing and I felt great. I felt a little robbed of victory but I wasn’t going to let that discourage the fact that I still deserved the silver medal,” he said. “It was awesome with all the hard work I put in the last couple of months coming off of the injury.”

His victory was the result of a lot of effort.

“It was hours and hours on the runway and doing drills at home. There is a lot of technique because technique is 100 per cent the most important thing.”

He practised three times a week on the track for two hours each session and supplemented that by doing drills at home.

He is looking forward to competing this summer but his long-term goals for the sport have yet to be sorted out.

“That is a tough question because I haven’t really decided. My plan isn’t to go to the Olympics or anything like that but I love throwing I wouldn’t mind doing it in university. I am going to work my hardest to get noticed and if it happens that would be great.”

He is a big fan of throwing.

“It is just fun to me. As soon as I started, I just knew that I loved it.”