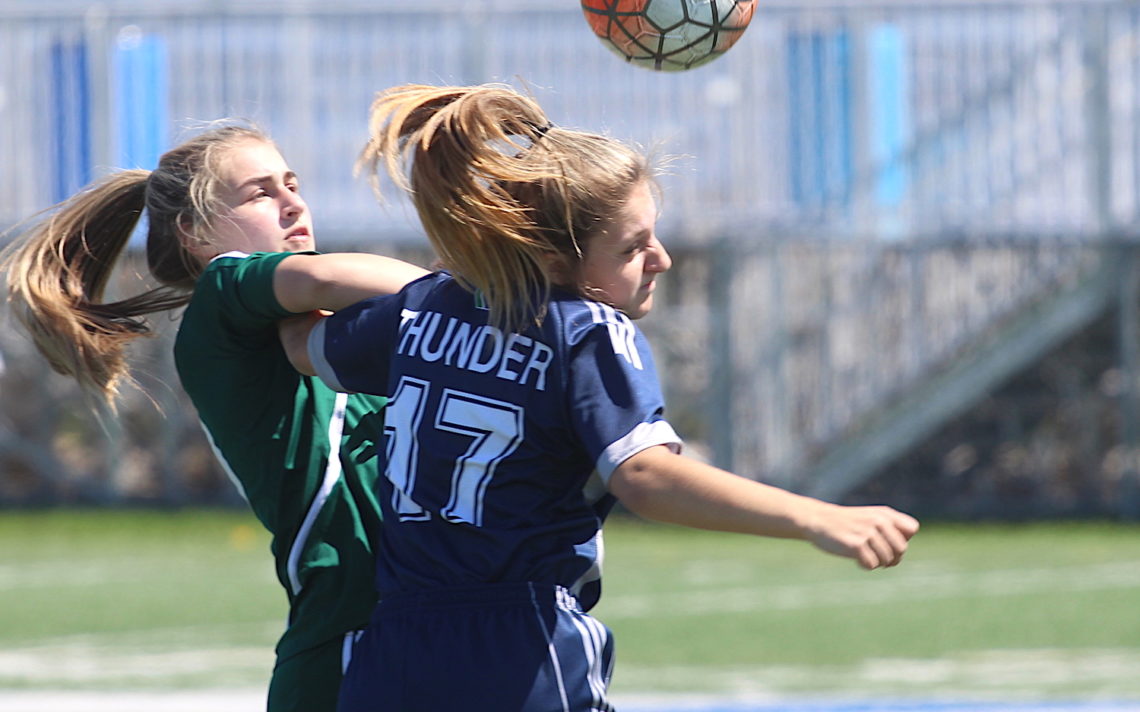 Holy Cross striker Sarah O’Rourke was due for a breakout game. 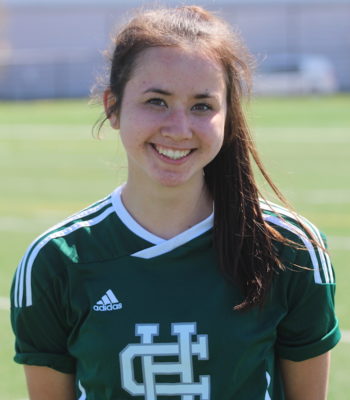 The 17-year-old could easily have had four goals in the second half alone Monday, missing the corner by inches on one shot and hitting the cross bar on another.

“I haven’t score in a while so it was really nice to score today,” she said.

She admitted not finding the net was starting to bother her a bit.

“It builds up when you don’t score,” she said.

The centre midfielder with the Niagara Regional Soccer Team under-17 squad enjoys the chance to play striker.

“It’s definitely different,” she said. “I can attack the ball and use different skills.”

She’s not fussy where she plays.

“I like to change it up,” she said. “I can play defence, I can play forward and I can play wherever. It doesn’t matter to me.”

Holy Cross head coach Jim Craig loves having her on his squad.

“Sarah is a gifted player when it comes to ball control. She has a ton of control and she uses that out there,” he said. “And she works her rear end off too. She doesn’t stop.”

“It’s a different game and you get to work together with different girls,” she said.

O’Rourke is hoping to play soccer at the post secondary level in Canada when her high school career ends.

“I just love it,” she said. “I have been playing since I was young and it has always been a big part of my life.”

She also plays basketball and volleyball for her high school. 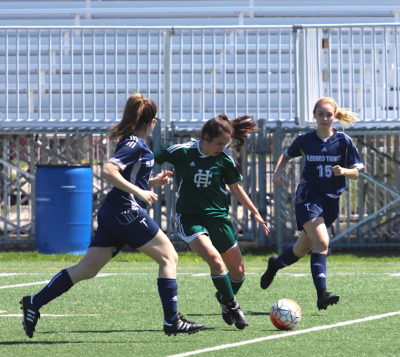 For Holy Cross, the tie couldn’t have come at a better time.

“We’ve had a bunch of moral victories and I’ve thought we’ve played really well, but we’ve come out on the short end of the scoreboard,” Craig said. “Today we tied against a really good team and we were really happy that we kept pace with them.”

Craig feels there is a lot of things to like about his squad.

“It has been a little bit of being unlucky, a bit of nerves in front of the net and a little bit of youth,” he said. “We are doing a lot of things right and just not finishing the plays.”

He is seeing lots of progress.

“We have eight Grade 9s on this team and they are really starting to come around and they are starting to understand what we are asking them to do,” Craig said. “You can see it in their play and there were times where we played really, really well today.”

O’Rourke has high hopes for the Raiders.

“We all work together and we all want to win,” she said. “Everyone works hard on defence and it’s just scoring that we have trouble with.”

Olivia Iannotta and Mia DiPasquale scored for the Thunder, who saw their record go to three wins, one loss and one tie.

“It was, by far, our poorest effort of the season,” Thunder head Joe Pagnotta said. “You can’t keep games tight and you have to bury when you get a chance and we didn’t do it.

“That’s what happened and they capitalized on their opportunities.”

For the Thunder, it was three steps forward and one step back.

“Sometimes these results are a good thing going forward and we can use it to our advantage.”