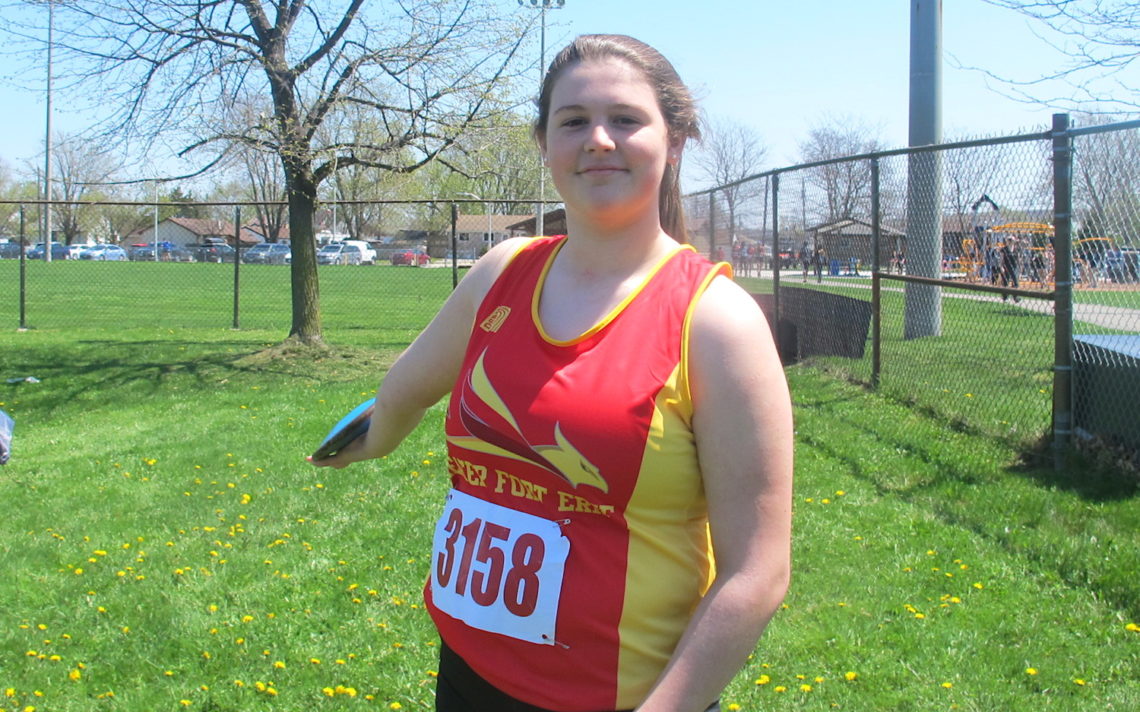 Danielle Larocque appears to have found her niche.

The 15-year-old, Grade 10 student at Greater Fort Erie Secondary School is a member of the school’s junior girls volleyball and basketball teams and is quickly making a name for herself as a discus thrower.

Larocque placed ninth last season at the Ontario Federation of School Athletic Associations (OFSAA) championships and has her sights set even higher this year.

“I want to get top three at OFSAA,” Larocque said Tuesday at the Niagara Regional High School Athletic Association qualifier meet at the Niagara Olympic Club.

Larocque’s personal best throw is 27.96 metres which was good enough to place first at the regionals last year. Tuesday she threw 26.37 which won her the junior girls event.

“I’m expecting low 30s and we set 32 as a goal,” he said. “I have all the expectations that she is going to keep improving every week.”

Work ethic doesn’t seem to be an issue for Larocque, who often trains with the boys since there are no other female discuss throwers at the school.

“I’ve practiced every single day after school since it was snowing outside,” she said. “I practice all the time. I feel I need to get better. Mr. Adamek tells me I’m getting better, I just don’t see it that much. I just see it in the distance.”

“For beginners, it’s technique,” he said. “We need so many reps. We take a lot of throws and every single one we make adjustments. It’s constant.

“I watch a lot of videos of Olympic people and try and copy their form and what they do,” she said. “He (Adamek) tapes me a lot so he can put me beside Olympic pictures so he can see if my form is getting there.”

Larocque found the sport at the urging of basketball coach Ian Longmuir.

“Mr. Longmuir pushed me to do track and field. I didn’t really want to do it because I play volleyball and basketball at school but he thought I was athletic. I tried long jump and it didn’t go so well so then Mr. Adamek asked me to throw a discus. I just kept going with it and made it to OFSAA.”

Adamek was thrilled to find a such a talent as he and Longmuir attempt to build a program for the new school.

“You start at the bottom,” he said. “She was a Grade 9 last year and one of the kids that looked promising. She did well and worked hard and got all the way through regionals.”

Larocque feels discus doesn’t always get the respect it deserves.

“A lot of people think it is easy. They think you just throw it, but it’s not as easy as it looks,” he said. “I have a lot of fun. I get really nervous during my event but I find it fun.” 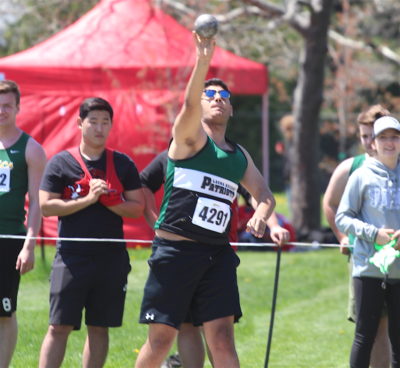 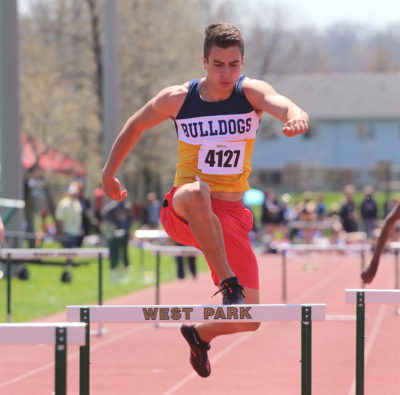