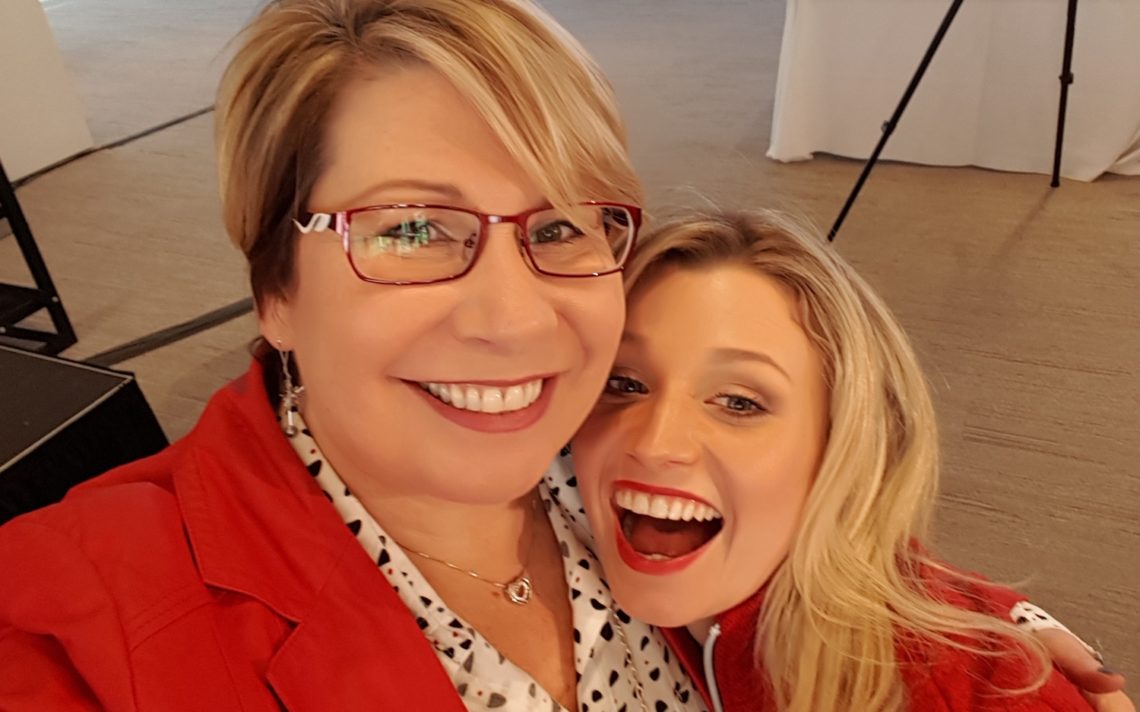 Sherry Towers made the trip to Sochi, Russia, in 2014 to watch her daughter, Kirsten Moore-Towers, win a silver medal in figure skating at the Winter Olympics.

“My husband and I said that this was our once-in-a-lifetime trip because it was so very expensive,” Towers said. “We just didn’t have the extra cash lying around to do that type of thing.

“This time, it wasn’t even on our radar to go and, quite truthfully, we weren’t certain she was going to make the team.”

Prior to the recent national championships in Vancouver, Sherry and her husband, Mark Towers, didn’t even look into the cost of a trip to Pyeongchang, South Korea.

After Moore-Towers and partner Michael Marinaro placed third in the pairs at the nationals, it still wasn’t official that the pair would be going. Sherry phoned her husband at home and asked if she could go if Kirsten was named to the team. He told her they would talk about it when she got home.

“We really hemmed and hawed and Skate Canada had information sessions for parents right then and there after the competition is over and when she was named to the team,” she said. “I listened to what the costs would be and I thought there was no way that we could go.

“I kind of had it in my head that I would just watch from home.”

When she returned to St. Catharines, Mark told her it was only money and that they would bite the $15,000 bullet and go to South Korea along with Kirsten’s 17-year-old sister Katie.

“He told me that she wants us to be there and we are going,” she said. “We decided to do what we had to do and put in on a line of credit or whatever.”

Marcus Mayne, a friend of Sherry’s who she hadn’t seen in a number of years, came across a GoFundMe page created to raise money for Marinaro’s parents’ trip and suggested they try the same approach.

“It was not like I needed a lung or a body part to live and I was choosing to go and choosing to spend the money,” she said. “Other people shouldn’t have to pay for that.”

Mayne was able to convince her that other people would want to help and  the page was launched. Those wanting to contribute can go to https://www.gofundme.com/kirsten-mooretowers-parents. As of Friday, more than $5,500 has been raised.

“It is just overwhelming how supportive people have been,” Sherry said.

When it comes to supporting her daughter’s skating career, Sherry has always been ready to walk the talk. For years, the income she derived from being the manager of finance at Niagara Ina Grafton Gage Village was used solely to support Kirsten’s skating career. That continues to varying degrees even today. 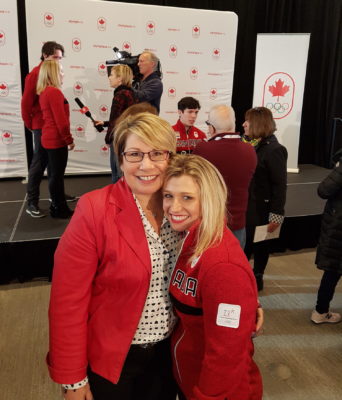 “She does have funding, but unfortunately because she has to live away from home to train, the funding is not sufficient so we do help her out, although, not to the extent that we had to prior to funding,” Sherry said. “But she is still banking at the Bank of Mom and Dad and we gladly do it.”

Kirsten would love to be 100 per cent self sufficient but that isn’t a reality.

“Training is a full-time job and she can only work so many hours in a week,” Sherry said. “She does a really great job of doing as much as she can but there is only so much she can do.”
Kirsten’s training expenses skyrocketed when she was 13 and moved her training to Cambridge from St. Catharines. And they escalated even more, when she moved to Waterloo when she was 15.

“We had to lease an apartment and pay her skating expenses and then it was incredibly expensive,” Sherry said.

After winning a silver medal at the Olympics, Kirsten had a period of financial stability because of speaking engagements and paid gigs at skating shows. All than tailed off when she left her old partner and teamed up with Marinaro.

Through it all, Sherry has never wavered in supporting her daughter in whatever fashion possible.

“I would work regardless and it’s not like I would be living a life of leisure if she didn’t skate.”

When Kirsten was seven, she told Sherry was going to go to the Olympics. Since then, she has never lost focus on that goal.

“My husband and I sat down every year and discussed if we could keep doing it and if it was worth it,” Sherry said. “The answer was always yes even though there was a couple of times we thought it was going to bury us and we needed to get out.”

As Kirsten was receiving her silver medal at the 2014 Olympics, Mark turned to Sherry and thanked her.

“He thanked me for believing in her enough for the both of us but I would live in a cardboard box if I had to,” Sherry said.

Kirsten is so thankful for all her parents have done for her.

“Not unlike other families, my parents have sacrificed so much for my career since I was very young,” she said. “However, the selfless manner in which they do so is what I feel sets them apart from the rest.”

Figure skating is one of the most expensive sports to participate in and the Towers have supported Kirsten through thick and thin.

“My parents have always given everything of themselves so that I feel no pressure, and (they) have asked nothing in return,” Kirsten said. “They deserve to come to the Olympics and this GoFundMe page will ensure that they can do so with a little less stress.

“My wins are as much theirs as mine. Please consider helping them celebrate with me.”