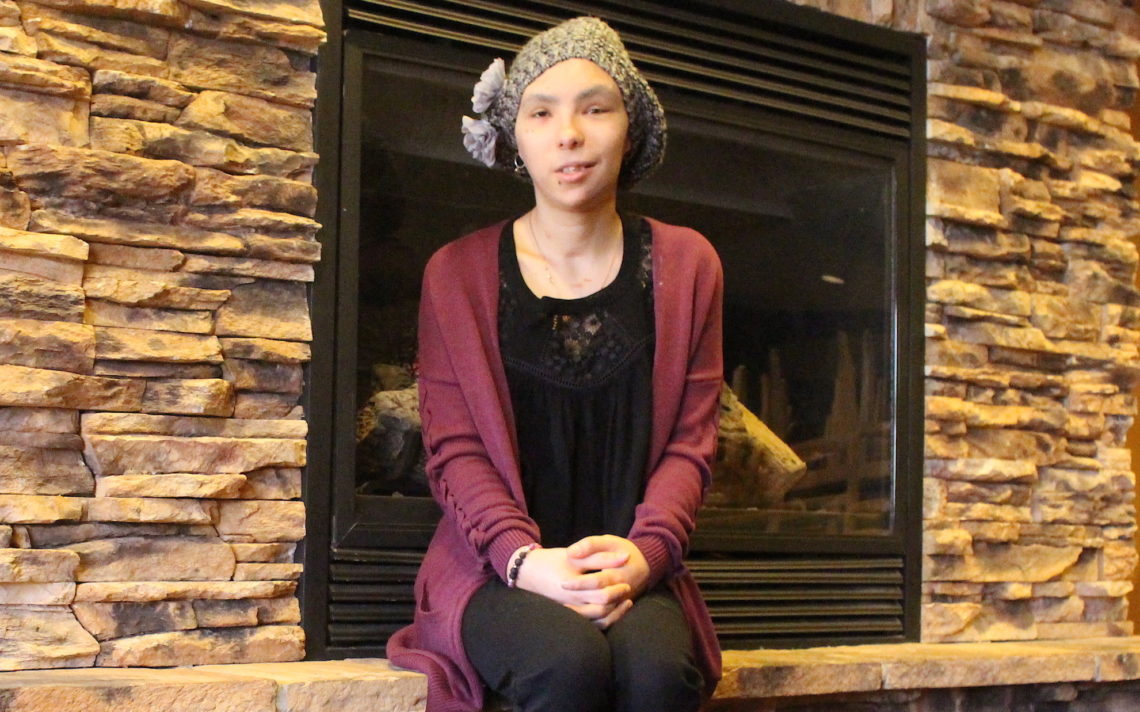 This Sunday, 19-year-old Julianne Miszk will be inducted into the Niagara Falls Sports Wall of Fame for a para running career that has netted her seven Ontario Federation of School Athletic Association titles, two provincial silver medals and a bronze medal.

It is a well-deserved honour for a young woman who would be a slam dunk choice for the World Courage and Perseverance Hall of Fame if such an entity existed.

Before I interviewed Julianne this week at her family’s Betty’s Restaurant in Chippawa, my last interaction with the former Saint Michael student came in October 2016 at the Southern Ontario Secondary Schools Association’s high school cross-country meet at Firemen’s Park in Niagara Falls.

On that day, I had a front row seat to her persistence and desire. Battling bone cancer in her jaw and less than a week removed from her latest round of chemotherapy at the Hospital for Sick Children in Toronto, Julianne was able to finish the three-kilometre run in the mixed para division. 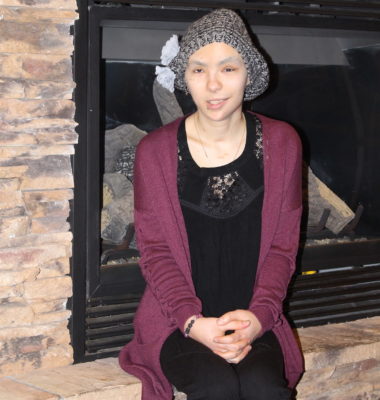 As she crossed the finish line wearing bib No. 320 and a Saint Michael Catholic High School singlet, someone presented her with a bouquet of flowers, and her parents quickly covered their shaking and soaked child with a blanket and exchanged her wet footwear for dry apparel. I fought back more than a few tears that morning and that day is indelibly stamped into my memory.

When I think of her, any difficulties I face are trivial by comparison to the 19 years of obstacles that Julianne has overcome.

Born with Dubowitz syndrome, a very rare condition that has only about 140 cases reported worldwide since 1965, Julianne has had to cope with a learning disability, an uncommon bone disorder called fibrous dysplasia, surgeries and infections.

But when everyone around her was screaming “Enough already!” Julianne entered November 2016 preparing for surgery that would see a section of her fibula (calf bone) used to replace the cancerous part of the bone in her jaw.

She was in hospital for two weeks following the 10-hour surgery and ended up having to fight off two infections.

She came home at the beginning of December and the family received the news that there was still cancer present at the margins of the jaw. 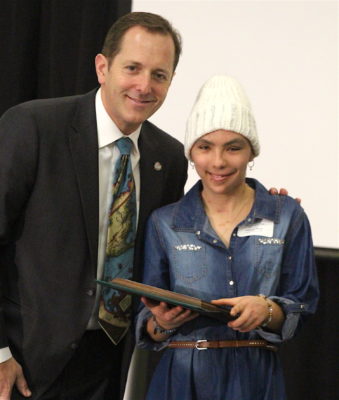 She endured one round of chemotherapy and then in February 2017 she ended up getting cellulitis (bacterial skin infection) on her face. By spring, her mother Bernadette noticed she had a puffy spot on her face and the family faced the grim news that the tumour had come back.

On July 5, she had another surgery done where doctors took a piece of her scapula (shoulder blade) and put it in her jaw at Toronto General.

“She was up there seven days after another intensive 10-hour surgery,” Bernadette said.

After another lengthy hospital stay, Julianne got out of the hospital on a Wednesday and by Thursday she was insisting she go to a Special Olympics soccer practice.

Doctors told her she couldn’t do anything, but Julianne told Bernadette she just wanted to go pick up her jersey.

“She gets there and she gives me this look that she is playing,” Bernadette said. “I had to tell the coach that she just got out of hospital and I was concerned if she got hit in the head. She was cut from here to here.”

Julianne ended up playing soccer for an hour. 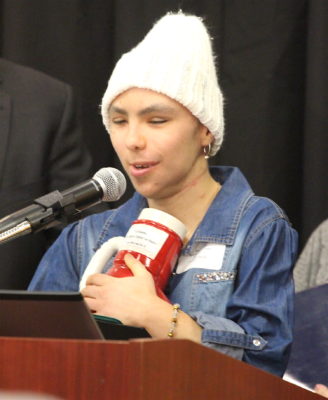 “That just how she is and I wouldn’t dare tell the surgeon,” Bernadette said. “That kid has some drive in her and something is looking out for her because she is truly remarkable.”

After the surgery, there was more chemotherapy. Thankfully, the family has already received lab results that show no cancer in the bones or in the soft tissue around the surgeries.

“I know the results are good because I get them on my phone,” Bernadette said. “I just need him (the doctor) to confirm that there is no reoccurrence at this time.”

Julianne can’t have any more chemotherapy because she is already at her lifetime maximum.

“We are just holding out breath and crossing our fingers and now there will be just regular scans every three months,” Bernadette said.

Julianne’s latest challenge is attending school at Niagara College. She was one of 12 students accepted into Community Integration Through Cooperative Education program which provides students with developmental disabilities and other significant learning challenges a chance to experience college life and improve their academic, vocational and social skills.

“She has gone through a year and half with two surgeries and chemotherapy twice but this is more challenging for her,” Bernadette said. “She was so excited because she just wants to be like everyone else. The fact that she got accepted into it, it was such a big thing for her.” 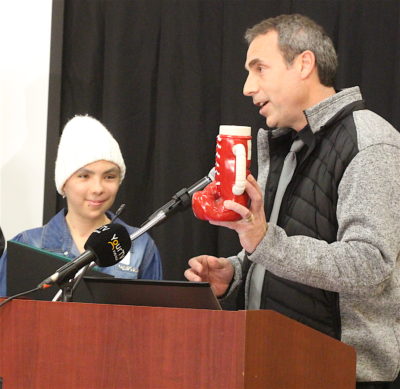 One day at the restaurant, Julianne asked her father Joe if she could return to work again bussing tables Saturday morning.

“I told her she could and then I asked why,” Joe said. “She said “Dad I am going to college and I have to pay for college.”

“It has been an exciting thing and the buildup to it has been great.”

Bernadette has no doubts her daughter will conquer college.

“She is so tenacious and if she sets her mind to something there is no stopping her,” she said. “This whole thing with college was her idea.”

Bernadette believes Julianne decided to pursue college because she was feeling left out. Everyone, including her sister, was going to university and college.

“She went through all the proper channels and got accepted and right now this is her biggest challenge,” she said. “But every day she perseveres. She is on the computer, she is working on it and she is getting her assignments done.”

There have been a few moments of doubt.

“There have been a few tears and a few ‘I don’t know if I can do this’ but I have to put it in perspective and remind her what she had done,” Bernadette said.

What she has done in the field of athletics will be recognized Sunday at 2 p.m. at the induction ceremony at the Gale Centre in Niagara Falls.

“I am proud and excited,” Julianne said.

She vividly recalls opening the letter informing her of the honour.

One of the highlights of her running career was winning an OFSAA cross country medal this fall.

“I got a medal this year and I wasn’t planning on winning one,” she said.  “A girl and I were tied and then I passed her and got ahead of her. She picked up her pace and I picked up my pace and it was a really hard finish and I got a medal.”

“I’m still running a little bit right now but I have a lot of homework and assignments.”

For her, running will always be a labour of love.