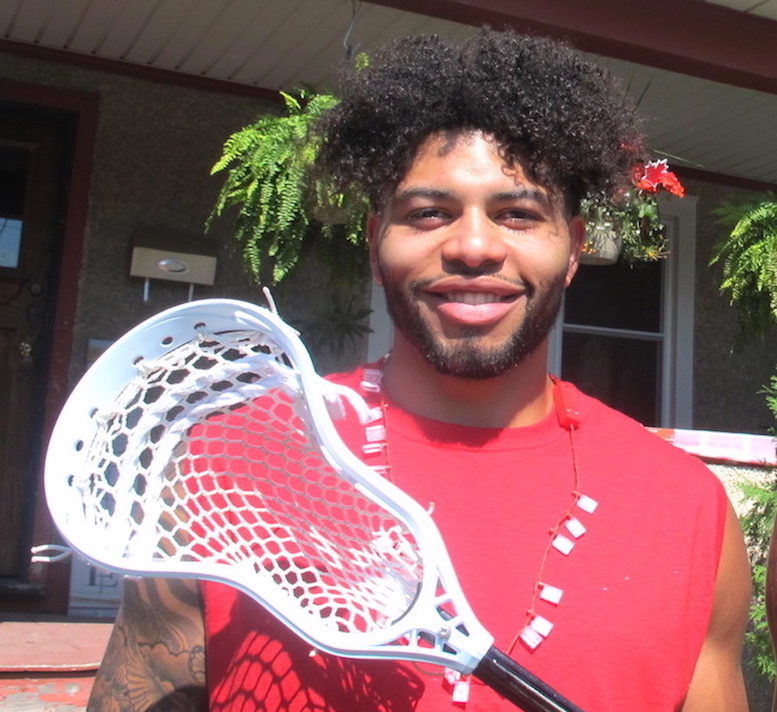 Latrell Harris has mixed feelings about his experience at the recent World Field Lacrosse championships in Netanya, Israel.

The 20-year-old St. Catharines native loved competing for Canada and enjoyed the experience overall, but admitted the final outcome was tough to swallow.

Canada dropped a controversial 9-8 decision to the United States in the gold medal game, scoring the winning goal with one second remaining after officials reset the time.

“The timer was messed up, that’s all I can really say,” Harris said. “I tried not to watch a lot of stuff. It already happened and there’s nothing you can do about it now. They scored with one second left and I don’t think that one second should have been on the clock.”

Harris loved competing on such a big stage with so much at stake.

“The final game was amazing,” he said. “It was back and forth. A typical final game. You’re not going to blow out anyone or blow a big lead. There were many opportunities. Both goalies made good saves and good defence was played.”

The countries with the top six rankings – Australia, Canada, England, Iroquois, Scotland, and the United States – competed in the Blue Division. Canada finished with a 5-2 overall record. A total of 46 nations participated in the tournament.

“There was good competition,” Harris said. “A lot of countries surprised me by their level. I didn’t expect Australia to be so good. Japan, Jamaica and Puerto Rico — I wasn’t expecting them to be so good.

“It was nice to see lacrosse evolving all over the world.”

Harris, who scored once in the tournament, was used extensively as a defensive midfielder. His cousin, St. Catharines native Tyson Bell, collected a goal and assist and also played in all seven games.

“It was amazing, absolutely amazing,” he said. “I wish we would have done it and got the gold but hopefully in the next four years in B.C. we will have another opportunity to win gold.”

“That was cool. We were very well liked. It was nice to see. People talked about the States and they didn’t have the nicest things to say about them, but I felt very proud to represent Canada.”

Away from the field, the team stayed in a nice hotel, were provided three meals a day, and treated very well.

“It was an amazing experience. I have nothing to complain about,” he said.

Harris kept track on the St. Catharines Athletics from afar and was proud of his teammates for their first-round sweep of the Six Nations Arrows in his absence.

“I just wanted to be there with the team, but they did a good job sweeping Nations so that was nice. Now we have a big battle with Orangeville.”