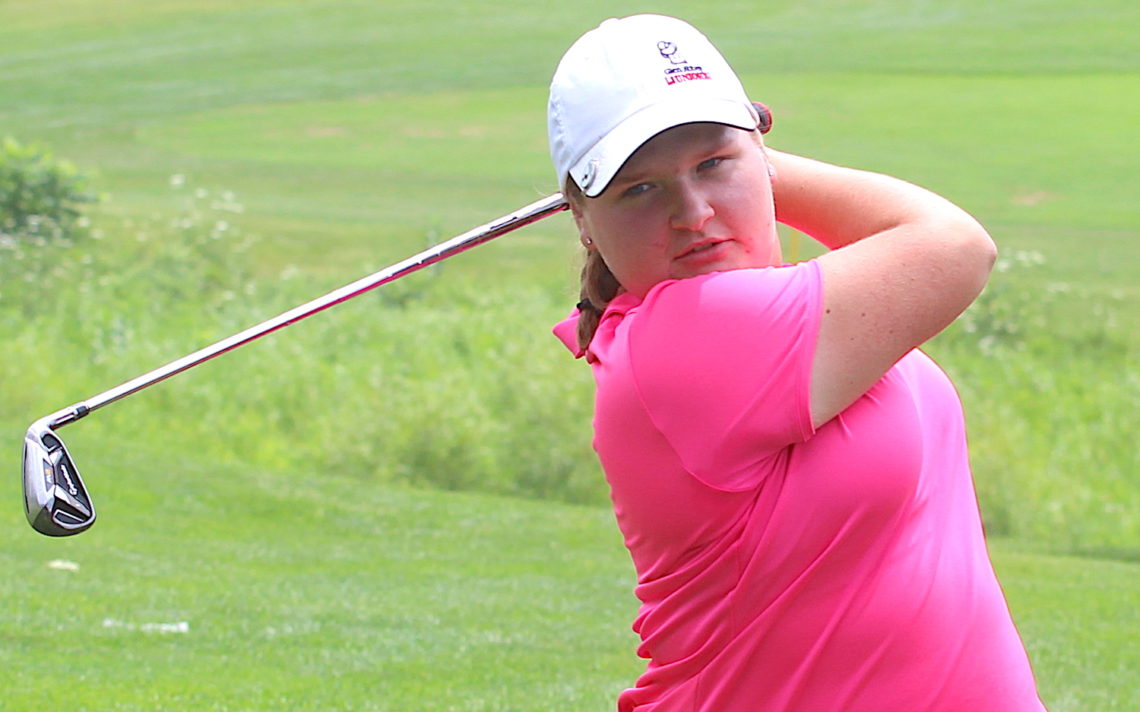 A dream round of golf by Sasha Baker Wednesday netted the 16-year-old Dunnville resident her first-ever victory on the Niagara District Junior Golf Association tour.

The Grade 11 student at Dunnville Secondary School carded a three under par 69 to record a two-shot victory at Twenty Valley. The eight handicapper at Dunnville Golf Club had finished second and third on the tour a number of times, but had never claimed top spot. All that changed Wednesday. 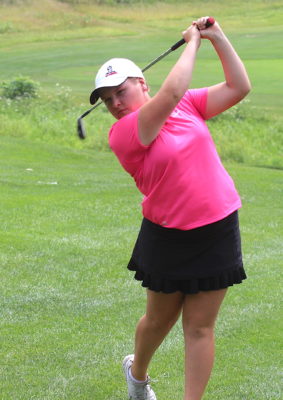 “It feels amazing and to do it with a good score is crazy,” she said. “It’s my first time under par and my first time breaking 75.

“I have been close (to winning) before, but this is crazy.”

Her jaw-dropping round was the last thing she expected Wednesday.

“I haven’t really been playing well lately and it has been an up and down year,” she said. “All of a sudden it started to click and it went well.

“I was making birdies and making putts like crazy.”

Thankfully, Baker avoided the fatal golf error of starting to think about how well she was playing and not focusing on the task at hand.

“On 17, I completely shanked it and it went way right, but I made a good chip and made the putt for par,” she said. “That was my saving grace there.”

She also drained a couple of “super long” putts for par to complete a day she will remember for a long time.

Baker wasn’t happy this summer with her play at either the Ontario ladies amateur and provincial junior girls championship.

“They didn’t go well and I was worried about how my season was going to go because I was shooting some really high numbers.”

She credited her coach, Carrie Vaughn of Glen Abbey, with helping her right the ship.

“It has been good since then,” Baker said. “I have been making birdies.”

Baker is on the competitive team at Glen Abbey and gets to work with Vaughn almost every week.

“She had completely changed my swing from last year,” she said. “It is crazy how much work we have done on it and I think it is finally starting to show.”

“I have always played team sports so it’s good for me to be on a team and see how it goes,” said Baker, who also plays basketball and volleyball for her high school.

She will draw a lot of confidence from Wednesday’s round.

“It’s important for me because when I don’t play well I lose my confidence,” she said. “Today, I was level headed the whole time and I wasn’t getting too far ahead. I was just focusing on the shot and the task at hand.”

Three straight birdies on the ninth, 10th and 11th holes propelled Michael Athoe to victory Thursday in the under-17/19 boys division at a NDJGA tour stop at Twenty Valley. 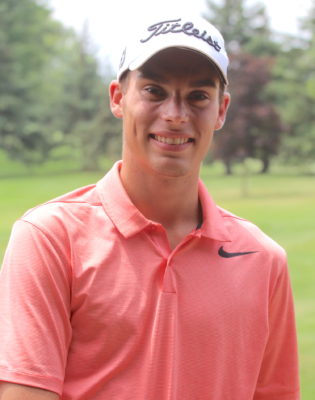 “It was a pretty good round,” the 18-year-old Fort Erie resident said. “It was the putting that made the difference and I am pretty happy with that.

“That just boosted my confidence for the rest of the holes that I had.”

The second-year electrical engineering student at Niagara College has played on the Niagara tour for seven years and Wednesday’s win was the third of his career.

“I’ve been playing here since John (White) introduced the bantam tour,” the Lakeshore Catholic graduate said. “This is my final year. I have a late birthday and I am using it to my advantage.”

The five handicapper at Bridgewater had previous tour wins at Rockway Vineyards as a junior and Willodell as a bantam.

He cherishes every victory he gets on the Niagara tour.

“It is definitely not an easy thing to do because there is so much competition out here,” Athoe said. “You know there are good players making good shots, but the biggest thing is you don’t know how they are playing on a particular day.

“If you focus on you own game and play the way that you usually do, you have to hope that it is good enough.”

His goals for the summer are to keep practising and see where that takes him.

“I have a lot of work at GM, but I try to go out and practice as much as I can.”

He wants to try out for Niagara College’s golf team in the fall but knows it won’t be easy.

Next stop on the tour is Aug. 8 at Sawmill.

Following are the leaderboard’s from Wednesday’s tournament at Twenty Valley:

Following are the leaderboard’s from Tuesday’s tournament at the Ussher’s Creek course at Legends on the Niagara.