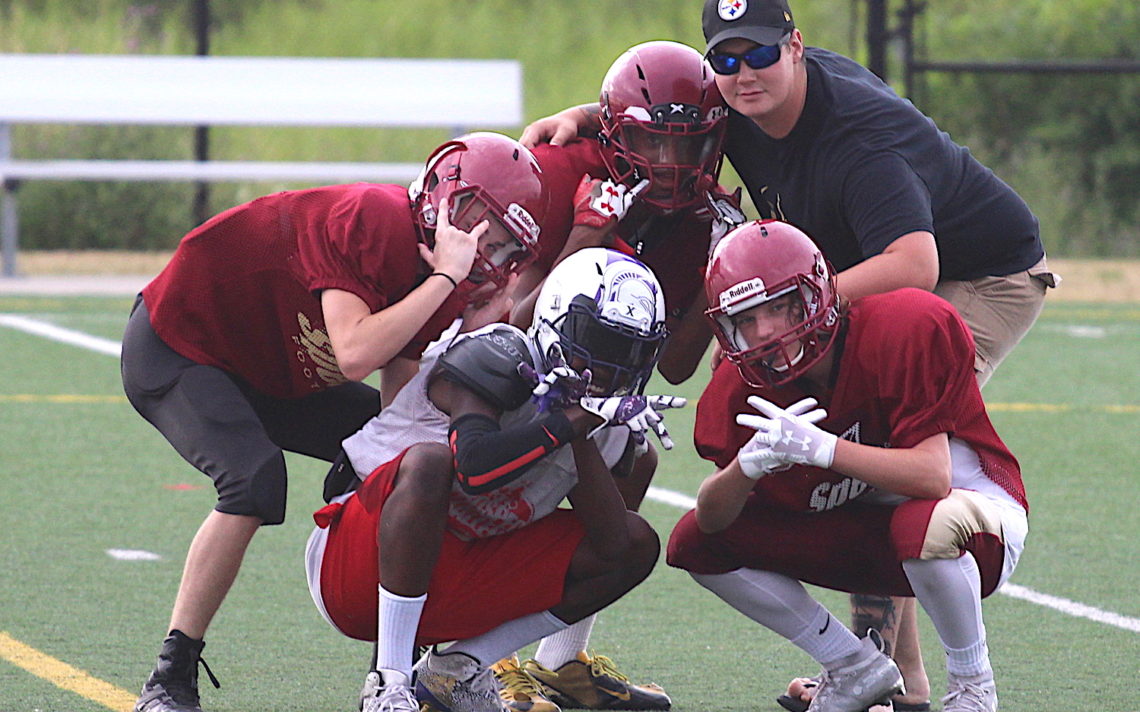 “It felt like we were the underdogs at the beginning of the season and now we are in third place in the standings,” Spears head coach Gerry DiSanto said. “We’ve come together and these kids have fought through a lot of different adversity.”

“We have several coaches for every position and a couple of extras,” he said. “We have been coaching up the kids as much as we possibly can.”

The team had a 5-3 regular season record, which included a four-game winning streak.

‘We lost our first game and then we got on a roll for four games,” DiSanto said. 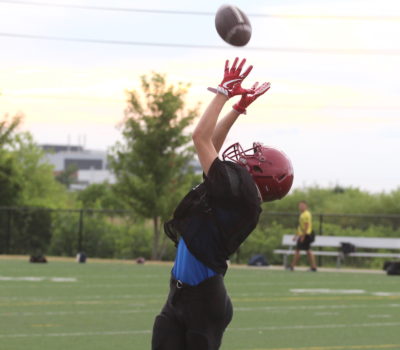 Following the 4-1 start, the team beat Toronto and lost to first-place Vaughan (8-0) and second-place Clarington (7-1). The Spears lost 21-14 to Clarington last week on a last-minute major. A win in that game would have given the Spears home-field advantage, but now Niagara will travel to Clarington Saturday for the first round of the playoffs.

“It was a field position game the whole time,” DiSanto said. “We had to defend from our 50 most of the time and we had some breakout plays that gave us our 14 points.”

He says there’s no secret to beating Clarington.

“We have to be consistent,” DiSanto said. “We didn’t have consistent drives and it was little mistakes we had.

“When we clean up the little stuff this week, it is going to be a different game.”

Niagara has a small 28-player roster and will need key contributions from everyone. Among the players expected to play huge role in the team’s success are: quarterback Bryce Livingston, an athletic, mobile player; wide receiver Josh Boyle, who can play all over the field; fullback Connor Miller, the heart of the Niagara offence; defensive tackle Aaron Brown; defensive back Ahmed Gismelseed; and, centre/linebacker Sandro Pierini.

“With our team’s low numbers, we have the next man up mentality because if one man goes down, we have to have another willing to jump in. These kids are willing to step in for each other,” DiSanto said.

When asked to choose, DiSanto selected Pierini as the team’s MVP so far this season.

“He has a great heart and is a great kid.”

Pierini has been carried off the field in one game this season, the loss to undefeated Vaughan.

“I am like Kellen Winslow,” the 15-year-old Niagara resident said, with a smile.

The Grade 10 student at A.N, Myer Secondary School agrees that he never wants to come off the field.

“I think my conditioning is OK,” he said. “I am not the fastest guy, but I want to stay on the field as much as possible and make the most possible happen.”

Having a big heart helps in that regard.

“I don’t quit late in the fourth quarter and I will play through anything,” Pierini said.

He has been playing travel football for the past seven years with the Niagara Spears and Niagara Generals and has improved each season.

“I started out as a big interior lineman and I kind of evolved  into my peewee years into being an outside linebacker and now I play Mike (middle inside linebacker).” 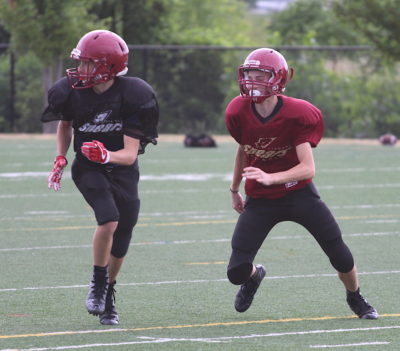 Pierini feels the Spears are so much better now compared to the start of the season.‘

“It made not have looked like it last game, but our offence has improved from an already good level and we still have a shot.”

The 5-foot-11, 170-pound player is confident Niagara can topple Clarington.

“We have to not worry about the hits after the whistle and we have to be aggressive,” he said. “We have to hit them and execute.”