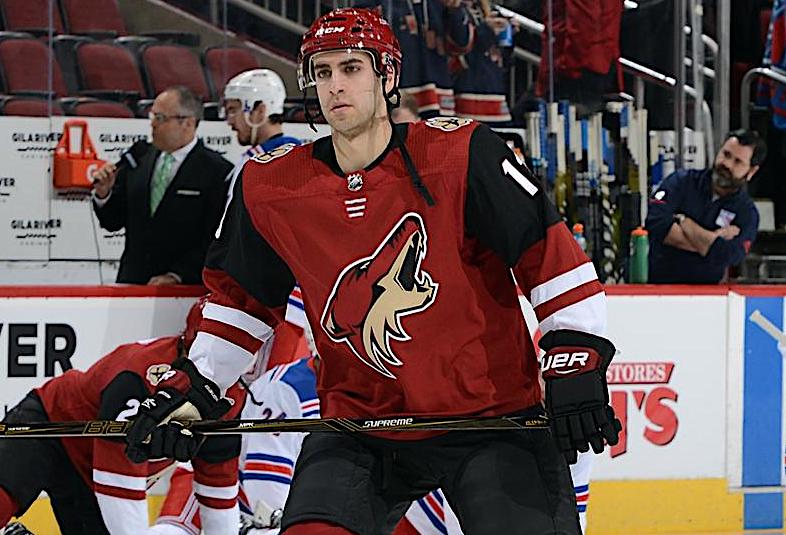 Freddie Hamilton’s career has taken him across North America since graduating from the Niagara IceDogs.

The St. Catharines resident has played with four organizations since last suiting up for the IceDogs in 2011-12 on a talented club that went 47-18-0-3 and made it to the Ontario Hockey League finals before losing to the London Knights.

Hamilton made his professional debut the next season in the American Hockey League with the San Jose Sharks organization and the following season got into his first National Hockey League game with the Sharks.

But since then, Hamilton has been a nomad, part of the Colorado, Calgary and Arizona organizations, shuttling between the AHL and the parent club.

Hamilton was recently claimed off waivers by the Coyotes after playing eight games with the Flames where he earned an assist.

“It is tough,” Hamilton said recently, when the Coyotes were in Buffalo. “It was nice for a little change. The season is so long you get a little boost of energy going to a new place.

“Change is good, but it is hard going to a new place from somewhere you were comfortable. But it’s been good (in Arizona).”

Hamilton had a chance to play with younger brother Dougie in Calgary.

“It was a lot of fun playing with him,” said Freddie, who turned 26 New Year’s Day. “We dreamed about doing that. We got to do it with the IceDogs and it was ever cooler to do it in the NHL. It’s hard to do.”

“I talk to him every day and I am having a lot of fun watching him play well,” Freddie said.

Hamilton, who has been scoreless in eight games since joining the Coyotes, is impressed with the collection of talent the organization has been able to accumulate such as Dylan Strome, Clayton Keller, Jakob Chychrun, Christian Dvorak, Max Domi and former IceDog Brendan Perlini. 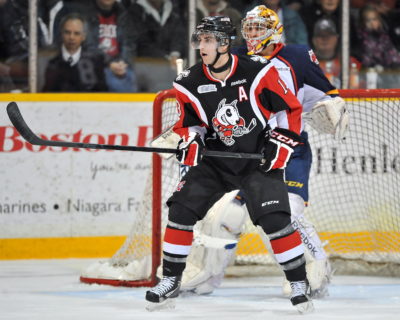 “This team is so young. They’re trying to build for the future. It’s an optimistic future here. They are a lot of good players,” he said.

Hamilton’s role continues to be as a reliable spare part, ready and willing to step in when needed.

“My role is to always be ready to play and play a good, two-way game and we’ll see what happens for the rest of the year,” he said.

Hamilton was a solid offensive producer with Niagara — he netted 108 goals in four years — but has had to reinvent himself at the pro level. He has four goals and six points in 75 games in the NHL.

“Obviously you’d rather be the goal scorer, but I guess I need to take a different path to get there,” he said. “I’m proud of how I worked and what I did to get to the NHL.”

Seated beside Perlini in the Coyotes dressing room, the two traded barbs about the perks of living in sun-drenched Arizona.

“It’s really nice and relaxing and gets you mind off things sometimes,” Hamilton said. “He’s (Perlini) at the rink all day long so I don’t think the weather really matters to him. He doesn’t see the outside till later at night.”