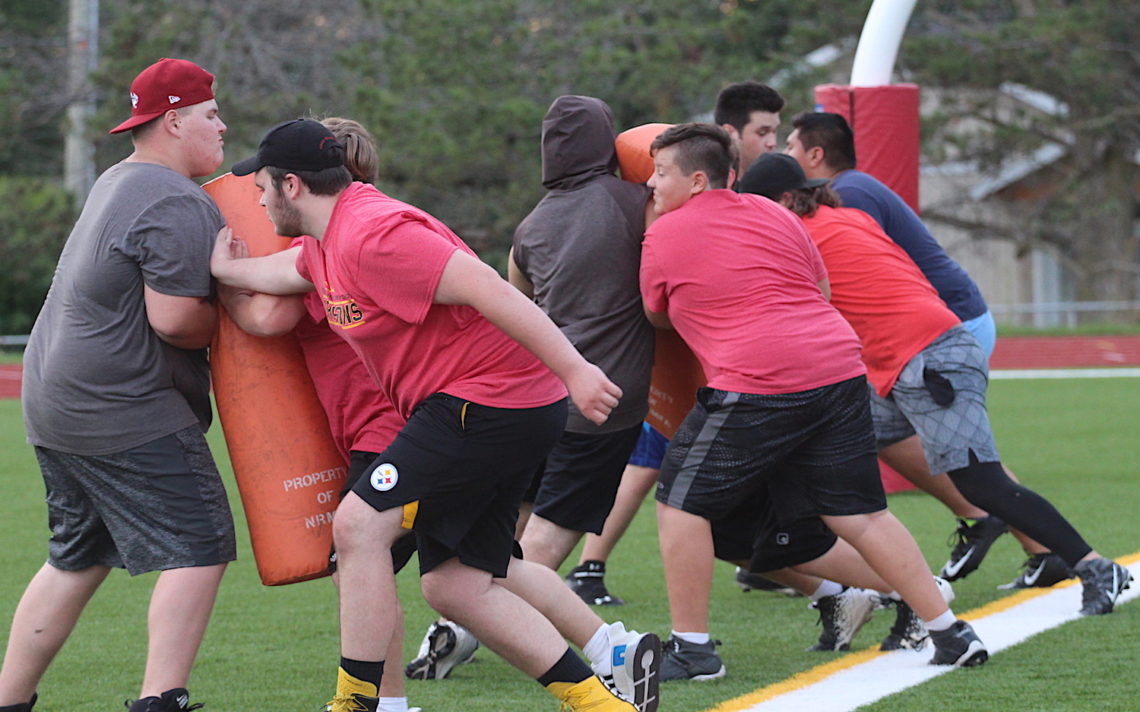 The Greater Fort Erie Gryphons are entering the second year of their football program’s existence and things are progressing nicely.

Last year, the senior Gryphons went 4-1 during the regular season, beat Westlane/Stamford 19-14 in the semifinals before losing 41-0 to A.N. Myer in the Niagara Region High School Athletic Association championship game. The junior squad also enjoyed success, putting together a 3-1 regular season, thumping Centennial 55-0 in the semifinals and then dropping a 20-13 decision to Myer in the championship game.

“In Year Two, I think we are ahead of schedule,” GFESS senior head coach Dave Sauer said. “We wanted to compete last year and we got to the finals which was good, and this year’s team looks pretty good.”

The Gryphons are aided by the old adage that success breeds success.

“And you can see our location. You can’t pass through Fort Erie without seeing us and that was probably done on purpose.”

There is a definite buzz in the school.

“The football talk is pretty good and we have a lot of people out,” Gryphons player Thomas Cochrane said. “It’s our fourth day — we got rained out yesterday — but it is looking good so far.”

Sauer felt his team got ahead of the curve a few seasons ago when it ran a joint junior program at Fort Erie and Ridgeway-Crystal Beach.

The Gryphons are eyeing an equally mammoth step this season.

“We want to play against the Niagara Catholic Athletic Association in the final, win that game and see how good we are,” Sauer said. “Both teams (junior and senior) have the ability to be there at the end. It’s how we perform to our capabilities during the year.” 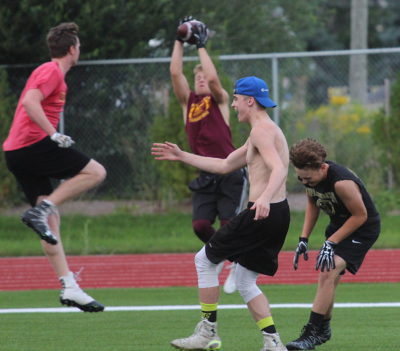 “We will be going all the way, for sure, and our toughest opponent is always Myer,” he said. “They lost a lot of their good guys and a lot of our good guys stayed back to do 12B so it will be a competitive game this year.”

To be successful, GFESS needs to avoid injuries to key personnel, but the team does boast plenty of depth.

“If we stay healthy, we should be good and be able to compete,” Sauer said.

To prepare for Year Two, the Gryphons had a spring camp and a number of the team’s players suited up in junior varsity and Niagara Spears football in the summer. A weight program was started for the players in the off-season and the coaches also upped their game as well.

The team would like to emulate the way A.N. Myer develops players.

“They are sending their kids to university and we want to do the same thing,” Sauer said. “The kids here have the capabilities to do that.” 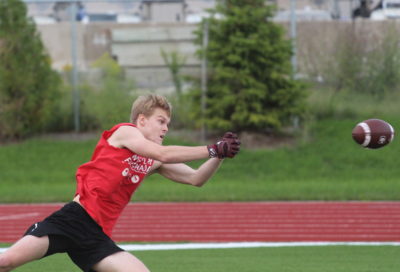 Cochrane has lots of respect for Myer.

“That is the school to go to if you want to get looked at,” he said. “They take it pretty seriously over there and a lot of players get scouted from Myer and go on, like the Ford brothers.”

So far in training camp, Sauer loves what he sees.

“We have lots of depth that we might not have had before,” he said. “Our juniors have moved up and they are going to find it hard to compete for positions with the kids that are back.”

Depth is among the most important components of successful high school football teams because it allows for injuries to be overcome and it also reduces the number of players that have to suit up on offence and defence.

“The goal of having zero (players playing both ways) would be nice and we are going to let them compete,” Sauer said. “But if I have a superior athlete who can play both sides, that is what is going to happen.”

More than 50 kids have been out to practice every day which bodes well for a healthy roster when the games start being played.

“It’s different kids all the time so our team should be great,” Sauer said.

One player he expects to be great is Cochrane, who played offensive slot, defensive halfback and outside linebacker last season for the Gryphons. 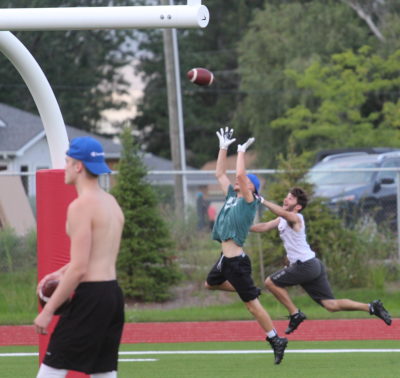 “He didn’t start playing football until Grade 10, but he is a talented athlete,” Sauer said. “He was an integral part of the junior team and he was a great for us on defence and offence last year.

“He is in his 12B season and he’s bigger, faster, stronger and he’s a good kid.”

To take the next step as a football player, Sauer feels Cochrane has to be a little more diligent in what he is doing.

Cochrane wants to work on his leadership this season.

“I want to get the team going and always be positive about the games,” he said. “I don’t want them to get down if we are losing.”

Sauer feels the 5-foot-11, 180-pounder has the ability to play football at the next level. Cochrane is interested but it won’t be at the university level. He is planning to go into the trades as an electrician, but is considering playing in the Canadian Junior Football League with the Niagara Raiders.

Cochrane would love to end his high school career by erasing the memories of last year’s season-ending loss to Myer.

“That is still there and I hope to come back from that,” he said. “You always have to lose a few battles before you win the war.”