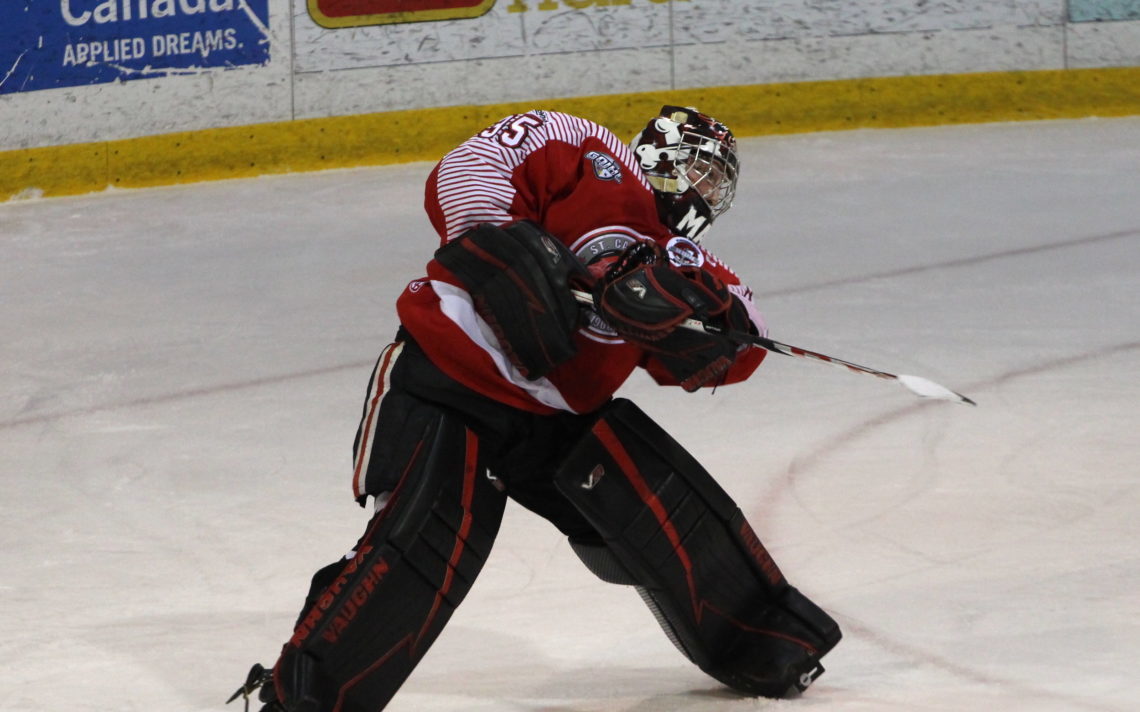 Andrew MacLean turned in perhaps the greatest goaltending performance in Golden Horseshoe history for the St. Catharines Falcons this season.

The former Ontario Hockey League backstop posted a conference-best 1.45 goals-against average, .943 save percentage and set a league record with 10 shutouts in 2,023 minutes of play.

MacLean was recognized for his memorable season with the The Russell Masterson Memorial Award as Golden Horseshoe most valuable player.

“His play on the ice and leadership in the dressing room was so important to our team,” Falcons coach Tyler Bielby said. “It also represents the talent and dedication of the players in our league and I think it was a great choice as a result.”

MacLean and Josh Johnson were the recipients of the The F.G. Tony Bloomfield Award for the goaltending combo with the lowest goals-against average. Maclean led the way with 27 wins in 34 games played this season while posting a 1.45 GAA while Johnson posted a 9-3 record this season with a 2.11 GAA.

The Dave Dunham Award as most valuable defenceman goes to Jonah Boria of the Falcons. Boria was the top-scoring defenceman for the Falcons with 12 goals and 26 assists while adding four game-winners and collecting just four minutes in penalties.

“He’s always been such a special skater and he just needed some of his confidence to catch up with his feet,” Bielby said. “It really came together through dedication and watching film and putting time in out of the rink in the gym to become stronger.

“He’s really become a special talent in our league.” 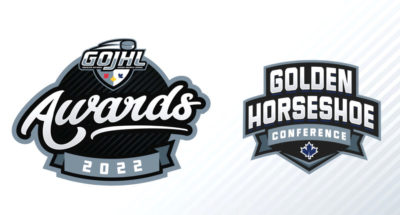 The Rob Judge Memorial Award for most regular season goals goes to Dylan Abbamont of the Hamilton Kilty B’s. Abbamont netted a conference-best 36 goals in 44 games, including nine game-winning goals.

Abbamont also took home the J.P. Thomas Memorial Award as most improved player. Abbamont went from 15 points in 2019-20 in a split season between Fort Erie and St. Catharines to 75 points this season.

The Cecil Jones Memorial Award as most gentlemanly player goes to Matthew Riva of the Niagara Falls Canucks. While Riva made an impact on the Canucks scoresheet regularly with 33 goals and 36 assists, he only had 18 minutes in penalties.

The Tom Kelly Memorial Award as Golden Horseshoe coach of the year is Nik Passero from the Fort Erie Meteors. Passero led the Meteors to one of their most successful seasons in recent memory for the Meteors as they finished fourth in the Golden Horseshoe standings with 53 points and a 31-13-2-2 record.

“I want to congratulate all the winners, it was a great season with many great performances” Passero said. “I want to thank my staff who come to work literally everyday to help make the players and our program better. And lastly our players.  What a special, special group to have as a first year head coach. Although everyone just started to realize what team we were in playoffs, our guys showed it all season.”

The Brent Rubel Memorial Award as rookie of the year is Conner Thomson-Dick from the Welland Junior Canadians. The 17-year-old defenceman led Welland in points as a defenceman with 10 goals and 31 points. He was a threat on the power play as well with 17 assists with the man advantage.

The Cpl. Tyler Crooks Memorial Award as player of the year goes to Jordan Tutt of the Pelham Panthers. A leader in the Pelham dressing room, Tutt is also a great contributor to many community initiatives. On the ice, Tutt had five goals and 10 assists.

“It was very different with two years of the pandemic for kids to go out in the community and do what they would normally do but Jordan took it upon himself to still give,” Pelham owner Tim Toffolo said. “He gave in different ways. We had all kinds of shutdowns and Jordan opened up his place in St. Catharines and his home in Erin. All of the guys who were from out of town or from the US, they stayed with Jordan. People don’t have to do that and Jordan was a very giving player with us and that exemplifies who he is.”