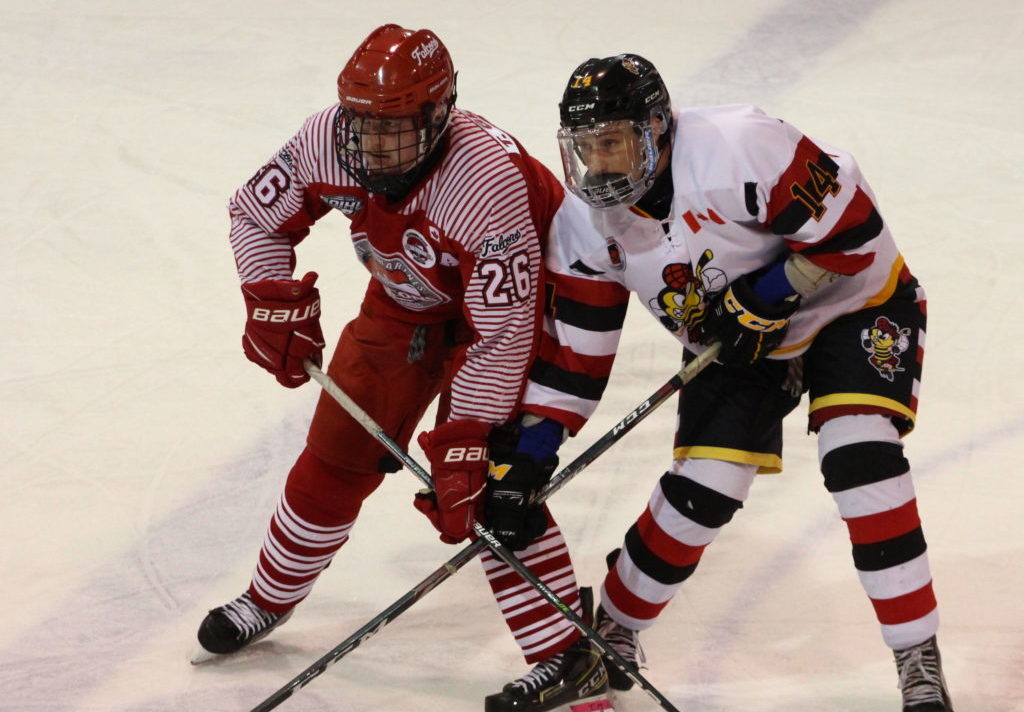 It will be the best offence versus the top defence when the St. Catharines Falcons and Hamilton Kilty B’s square off for the Golden Horseshoe Conference championship.

The Kilty B’s led the entire 25-team Greater Ontario Junior Hockey League in goals scored with 203 while the Falcons permitted the fewest goals in the GOJHL at 78, an average of just 1.63 goals against per game.

The best-of-seven final gets underway Monday in Hamilton. Game 2 will also be in Hamilton Wednesday followed by Games 3 and 4 in St. Catharines, Friday, May 6 and Tuesday, May 8 respectively.

Falcons coach Tyler Bielby concedes the Kilty B’s have several offensive weapons, but doesn’t discount his own group for their ability to put the puck in the net.

“We do challenge our offensive guys, particularly up front, to match their output and even be better because we feel we have a lot of threats up front,” Bielby said. “Where we can utilize our team effort is playing good defence and having our defencemen really take pride in keeping the puck out of our net while also contributing, when the time comes, as a result on the offensive side of the puck.”

The Kilty B’s also led the GOJHL in winning percentage and wins during the regular season.

“They’re a well-coached team with threats on the offensive side of the puck with defencemen who move the puck well and have a good first pass coming out of their zone so we’ll have to make sure we’re ready to play,” Bielby said.

The Falcons will need to find a way to win at the Dave Andreychuk Mountain Arena as the Kilty B’s hold home ice advantage and host the first two games.

“They were particularly very good in their own arena all season,” Bielby said. “I think it’s similar to us. We have a smaller ice surface as well and they play well in their arena and practice on it, similarly to us. Their boards are lively and I saw that played a factor in the Fort Erie series and we’ll have to be aware of that.”

The Falcons lost only 10 games during the regular season, including four to the Kilty B’s.

Both teams swept their first-round series in four games. The Kilty B’s were then pushed to the limit by the Fort Erie Meteors, finally taking the semifinal series in seven games. The Falcons are coming off a sweep of the Caledonia Corvairs and playing some of their best hockey of the season.

“I think the guys are enjoying the process and the feeling of winning,” Bielby said. “The work is really just getting started. They’ve played honest, they’ve played around each other and for each other and in the first couple of rounds have been willing to pay the price with blocking shots and things like that.

“When they get scored against them seem to face adversity well and that’s something our team has answered all season and that bodes well in a seven-game series.”

Bielby reports the Falcons will be a full strength to start the series, missing only suspended defencemen Mitchell Dymytow and Josh Reilly.