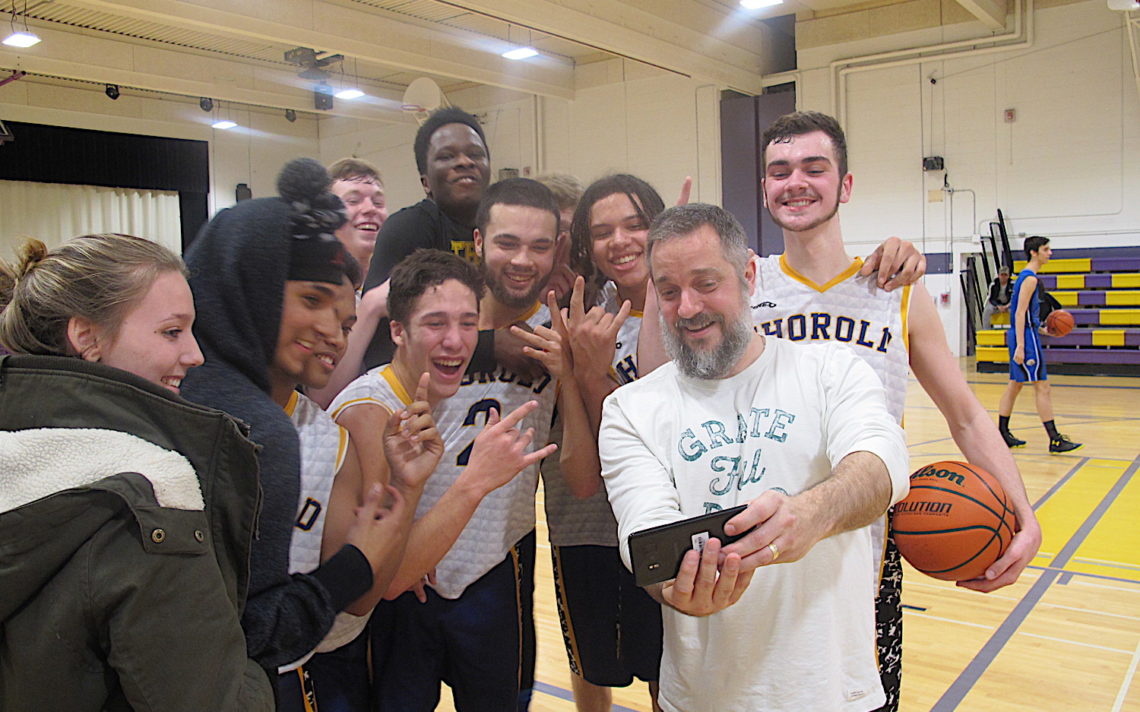 The 18-year-old, Grade 12B student’s career was on the line and the big guard took matters into his own hands.

Young poured in a team-best 13 points, including three key buckets down the stretch, as the Thorold Golden Eagles rallied to defeat the Eden Flyers 58-48 and capture the Niagara Regional High School Athletic Association senior boys Zone 4 AA basketball championship on their home court.

Young was all smiles following such a memorable performance.

“I was making sure it wasn’t my last game,” Young said. “It’s my last year with these guys and I wanted to make sure it was the best it could be.”

Young was at his best with the season — and his TSS career — on the line as the Golden Eagles rallied to outscore the Flyers 20-6 in the final quarter.

“We just got the momentum,” Young said. “We started getting buckets and started playing good defence and it led to us not stopping.”

“We were angry. We didn’t get the calls we wanted and we weren’t in the game,” he said. “We had to talk and then relax and continue to do what we normally do.”

Thorold coach Marc Dupont tipped his cap to his veterans, who came through in the clutch.

“We have a veteran team who have been in situations like this before where they had to dig deep and make plays and they did that,” Dupont said. “Our guys made shots and our leaders stepped up.”

Dupont made a crucial tactical change in the fourth which proved to be successful. 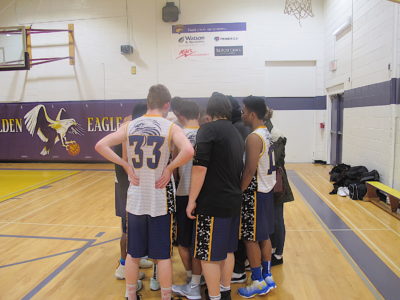 “No. 10 (Ryan Gilbert) and No. 4 (Charlie Edgar) were hurting us all game so we decided to go full court on those two and switch up our defence,” he said. “That kind of shut down those two guys and they had difficulty scoring after that.”

The Golden Eagles posed for a few team pictures afterwards, aware of what they had just accomplished.

“It’s really nice for a school like Thorold. We’re a smaller school and for us to step up to AA and win the NRHS championship is a big step for us,” Dupont said. “These kids should be really proud of themselves. They’ve done something as far as I know no Thorold team has done before.

“I’m just really proud of them. They deserve it.”

Eden coach Brian MacIssac gave credit to the Golden Eagles and the adjustments they made.

“They’re a good team and they handled us pretty decisively the first couple of times we played them,” MacIssac said. “We came out with three things we were going to focus on and we executed pretty well.

“The adjustment they made in the fourth denying Ryan Gilbert the ball and forcing the ball into other player’s hands and forcing them to make decisions they’re weren’t really comfortable with, you have to give credit to their coaching staff.”