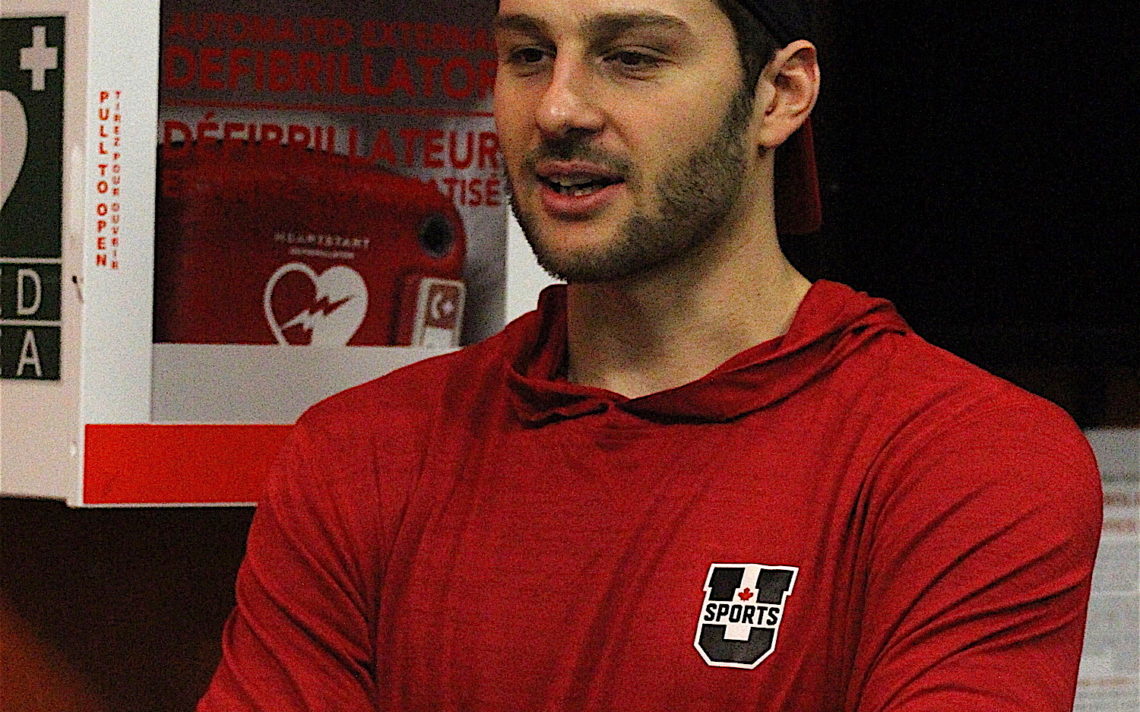 Gazzola happy to be home

Randy Gazzola made it his mission to be part of the U Sports All-Star team.

The all-stars will take on Team Canada Wednesday at 7 p.m. and again Thursday afternoon at 4 p.m. at the Meridian Centre in a pair of exhibition games as part of Team Canada’s training camp and selection process for the 2018 IIHF World Junior Championship in Buffalo, N.Y.

“Once I found out it was in St. Catharines, I made my it my goal to make sure I was selected so I played extra hard knowing in the back of my mind it would be quite the experience,” said Gazzola, a 24-year-old native of Thorold.

“For me, I was thinking about it the other day, I haven’t played a competitive game of hockey (at home) since I was 17 when we lost in Game 4 to the Canucks when I was with the (Thorold) Blackhawks.”

Gazzola, who is in his fourth season with the University of New Brunswick, can’t wait to suit up against Team Canada’s roster, which includes Thorold’s Conor Timmins.

“I expect them to be fast and skilled. That’s the way the new NHL is going,” Gazzola said. “We have a lot of pride, too. We don’t feel the league gets the respect that it should so we’re here to prove something and we’re excited to get the opportunity.

“It’s a good league. We get guys coming back from pro all the time.”

Gazzola’s hockey career has certainly not gone by the numbers.

The Thorold native got a late start at the junior level with the Thorold Blackhawks when he was 17, moved on to the Ontario Junior Hockey League the next season, and then finally to major junior with the Halifax Mooseheads when he was 19.

“If you look at my track record, it’s always been a case of play and see what happens,” he smiled.

Gazzola joined the Varsity Reds in 2014-15 and graduated last year. He is in the process of taking his MBA (masters of business administration) and could even return for a fifth year of hockey next season.

“We’ll see how the year plays out. We host the nationals again and we have a good team again and it’s always good,” he said. “It’s definitely going to be a big decision toward the end of the year. I’ll let my play guide me towards where it’s going. I’ll have about four or five classes to go after next semester.”

Gazzola, a 6-foot-3, 200-pound defenceman, is leaning toward turning pro at some point.

“I’ll see what offers comes in. I’ve had offers come in throughout the year to pull me away from school but I see the value of going to school.

“I put a lot into it and worked hard to get where I was. I wasn’t drafted and made a leap of faith going to major junior at 19 years old. People thought I was crazy. I think it might be a shame to do all that hard work (and not try).”

Gazzola often skates in the summer with former Thorold Blackhawks Joey Martin and Sean Bentivoglio, who both play professionally in England.

“We’re working on a deal to have three Thorold boys in England,” he smiled. “I have the Italian background too and might get a call from them.”

If he does turn pro, he has plans to finish his schooling with summer classes or independent studies.

“I have always had plan in mind,” he said.

Gazzola’s return home has given him the opportunity to hook up with friends and family, including his father, well-know senior pitcher Lou Gazzola.

“I got him a stick to use for Sunday mornings,” he laughed.

Gazzola loves the East Coast where he lives with his girlfriend, who has found work as a dental hygenist.