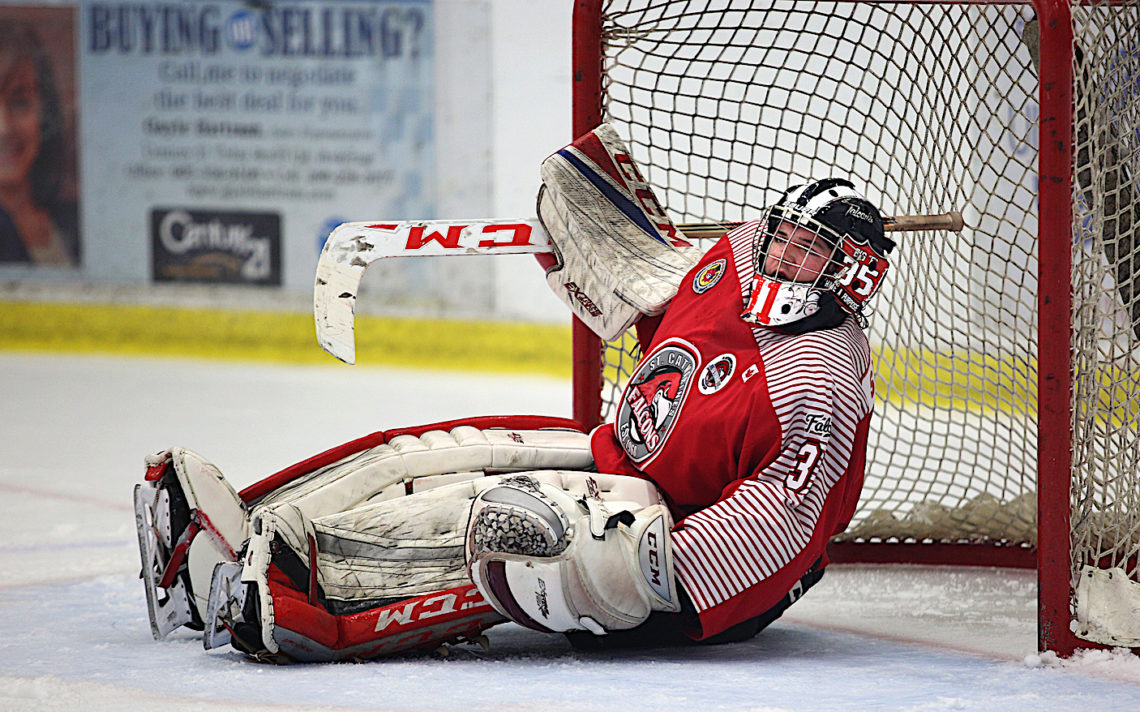 Focused on the future

Maintaining his focus has never been a problem for Owen Savory.

Through all the ups and downs of minor and junior hockey, the 20-year-old Cambridge native has always been able to keep his eyes on the prize.

In Savory’s case, the prize has been an opportunity to play NCAA Division I hockey.

Savory will get that chance beginning next fall after accepting a partial scholarship with the Rensselaer Polytechnic Institute Engineers of the Eastern College Athletic Conference.

“For me, it was always something that I wanted to do. It’s been a goal that I set for myself, the ultimate goal throughout junior hockey,” the St. Catharines Falcons netminder said.

Falcons coach/general manager Frank Girhiny said it’s no accident Savory will be moving on to the next level.

“You can tell when you’re speaking to him he’s a focused individual,” said Girhiny, who moved behind the bench recently to help out the coaching staff. “His goals were to be on a successful hockey team, be in a good organization, and be able to develop and become a better goalie. I think thus far he’s checked all those check marks.

“Watching the way he prepares for game and practices day in and day out and how we works, you knew he was something special.”

Savory joined the Falcons last season from his hometown Cambridge Winterhawks with the idea of pursuing an NCAA scholarship.

He received some interest from a handful of schools but things really began to heat up this fall when RPI reached out to him and established a connection.

Next was a trip to their campus in Troy, N.Y., located near the state capital of Albany.

“As a player when when you go to visit campus you feel something truthfully could happen,” Savory said. “I connected really well with the coaches and they made the commitment to me.”

Savoy was blown away at his visit which included a personal tour by a school graduate as well as a game versus Notre Dame played before 4,000 fans.

“I could talk forever about that,” he said of his visit. “The campus is breathtaking and it was amazing how much you could take in. It was a personal touch and when you connect with coaching staff, those are the finer touches. There wasn’t one negative thing I could say about the experience which is why it feels right to make that decision.”

Savory’s path to the NCAA wasn’t exactly a straight line without any detours.

Once he was bypassed in the Ontario Hockey League draft, he stuck to his studies and began working diligently on his game.

At no point did the thought of giving up his dream enter his mind.

“It was a unique path. I was, and still am, a smaller goalie so I knew I wanted to take my time,” he said. “I knew I wasn’t going to play in the OHL and to take time to develop as a player, and also as a person.

“It’s a tough road to stick to for a lot of players. I had friends who gave up hockey early who probably shouldn’t have because they were good. When it starts becoming a reality then you can just focus on playing.”

Once he joined the Falcons, Savory’s game took off.

He posted a 1.99 goals-again average during the regular season last year and was a standout in 16 playoff games as well.

He’s off to another strong start this year with a 2.17 GAA and .934 save percentage in 27 games and is a big reason the Falcons have lost just six games in regulation.

Savory could have left the Falcons after last season, but was content in St. Catharines and felt he was progressing enough to return.

“I looked at higher levels but coming here is unbelievable. I absolutely love it and I am very thankful to be able to achieve my goal through this organization,” he said. “They have such a rich history here and that gave me the ability to develop as a player and as a person and they have the right people to help you along the road.”

Girhiny loves to be able to help a player get to the next level.

“We’re always trying to recruit those type of players,” he said. “To have someone like that who is driven and to be able to do it coming out of St. Catharines and the GOJHL, which sometimes gets some slack that it’s not the strongest league, he’s shown that’s not the case at all.

“It’s exciting when you have players who are focused on playing post-junior B, whether it’s CIS, OHL or NCAA. We’re glad to be able to offer all three.”

Savory plans to major in psycology.

The Falcons, 21-6-1-2, are in Caledonia Wednesday and home to Thorold Friday.