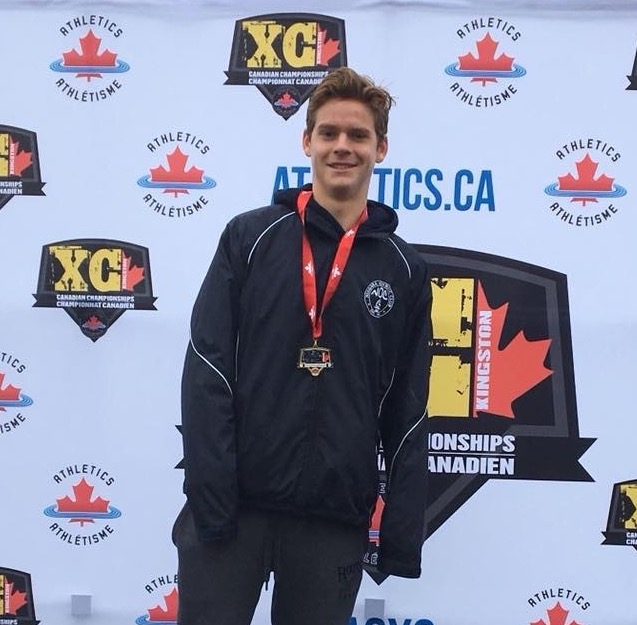 “It was really exciting and I hadn’t really won a big race like that before,” the Niagara Olympic Club member said. “It was really cool.”

The victory was affirmation for all the training the Grade 12 student at Holy Cross had put in over the past year.

“It showed that all the hard work had paid off,” said the bronze medal winner at the recent Ontario Federation of School Athletic Association championships.

The Kingston course was flat and sloppy.

“It was muddy because it was raining that morning and the day before,” Lee said. “Some of the puddles were pretty deep.”

“On this course, there was a really sharp turn with about a kilometre left in the race and a lot of people were slipping around,” he said. “You had to take corners like that carefully because it was really easy to fall.”

“There was a group of three of us and with a K (kilometre) to go I made a move and one of the guys stayed with me,” Lee said. “I stayed in the lead and I kind of held him off until the end, but it was close.”

Lee was gunning for a podium finish heading into the race based on his results at OFSAA, a race that included some of the top runners in Canada.

Because Lee was racing in the under-18 category, he doesn’t advance to the world championships. Only competitors in the user-20 and older divisions moved on. 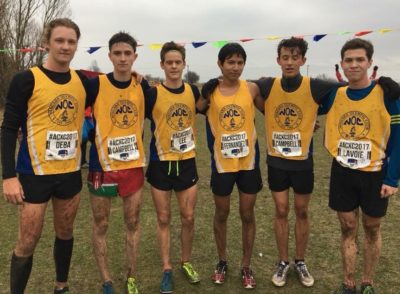 Lee was also a part of the Ontario under-18 squad that captured the team title. Included on the squad was Brock Deba, an E.L. Crossley student. The Niagara Olympic Club member played 95th.

Following the nationals, Lee took about a week off of his training before resuming his preparations late last week. Next up on his schedule is the start of the indoor racing season in January.

Lee’s Canadian championship will go a long way to boosting him towards his goal of running at the post-secondary level and beyond.

“Some of the schools I had been talking to I hadn’t received a ton of feedback, but after this race I have been hearing back from a lot of schools that I reached out to,” he said. “I knew it might happen but I was shocked and it’s really exciting.”

He has narrowed down his choice to a few schools and will be making official visits in January and February to Georgetown, Boston College and Iona.

“I think it is everything,” he said, when asked why he is looking stateside. “It’s the competition, the training and the coaching.

“There are a lot of good schools in Canada but the idea of the whole NCAA experience is really exciting.”

This past season, Lee made the finals of the 1,500 metres at junior nationals and placed third at the Athletics Ontario championships in Bracebridge.