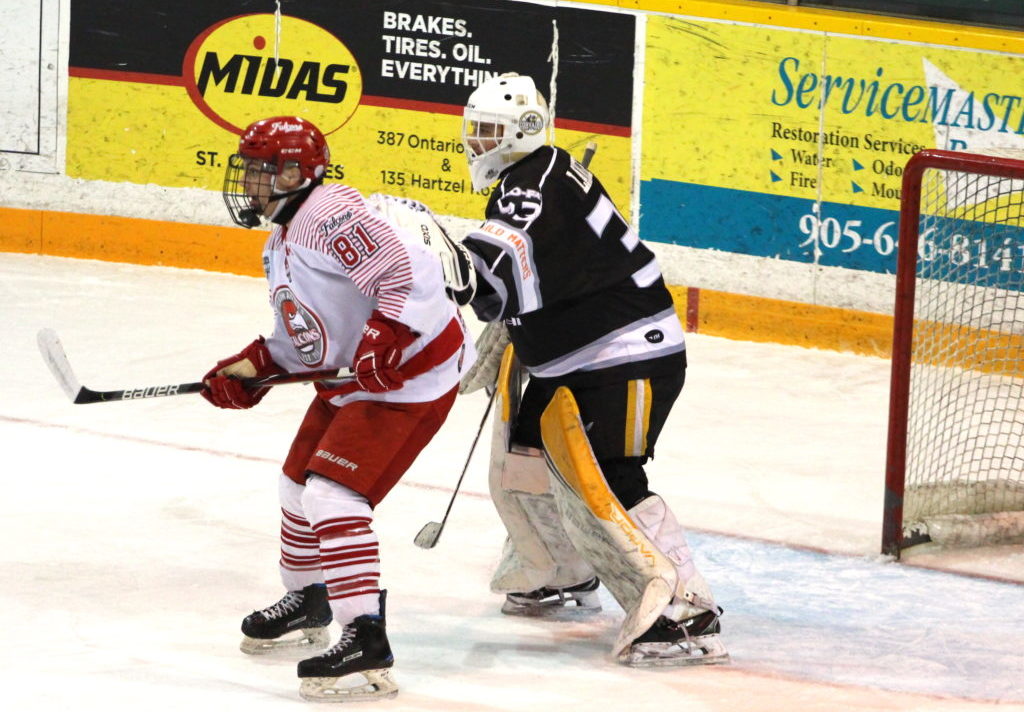 The St. Catharines Falcons continue to trust the process.

From Day 1 of training camp this season the Falcons have made no secret they are in it to win it, the goal being a Sutherland Cup championship in the final year of Jack Gatecliff Arena.

But the Falcons have also been mindful not to take for granted any opponent.

“That’s always the biggest fear, that we start looking too far down the road, but I reflect back on our practice habits and how hard the kids have been working,” Falcons coach Tyler Bielby said. “That tells me they are living in the moment, and in particular, for our 20-year-olds, not to take anything for granted. Don’t take any time you can step on the ice for granted because you don’t know when this game will end for you.

“It’s about sticking to the process and worrying about Caledonia and the first shift on Friday night.”

The Falcons, coming off a four-game sweep of the Pelham Panthers in the quarter-finals, play host to the Corvairs Friday at 7 p.m. in Game 1 of their best-of-seven Greater Ontario Junior Hockey League, Golden Horseshoe Conference semifinal playoff series.

The Corvairs took care of the Thorold Blackhawks in four games in their quarter-final series. 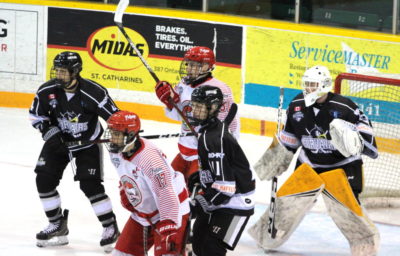 “They’re big, they’re strong and they have a history of a winning culture,” Bielby said. “I think that’s a great recipe for a playoff hockey team and we’ll have to be ready to go as a result.”

The Falcons finished the regular season in second place with a 36-10-1-1 mark and the second-best winning percentage in the GOJHL to the first-place Hamilton Kilty B’s.

The Falcons dominated the season series winning all seven games by a combined 27-9 score. The first win was a 1-0 forfeit in the opening game of the season when the Corvairs could not ice a team due to COVID protocols.

Bielby is putting some stock in those results — but only to a point.

“I think confidence is always important,” he said. “You’re at your best when you’re playing confident so I think the boys can take something from the season that they should be confident in that they played them well all year, but it is a new season and they have to expect to see a team that isn’t happy to lose those season games and now wants to turn it around when it matters the most.

“It’s a new season, new level of intensity and we believe Caledonia will be a different team when the puck drops Friday night.”

The Falcons will have had 10 days off since completing the sweep of Pelham, but Bielby doesn’t seem concerned about the team losing focus.

“Sometimes when you have too much time off you have to worry about keeping the boys’ attention, especially to detail in practice, but this group continues to impress me with their work ethic and they continue to show up to work,” he said. “They seem to be taking advantage of every opportunity to be on the ice to get better.”

Bielby reports the Falcons will be at full strength which means three forwards and two defencemen will be in the press box as healthy scratches.

Bielby admitted it can be a difficult decision to decide on who is dressing and who is sitting.

“You have to pay attention to how everyone is playing and as coaches trust your gut that you’re making the right decisions. Just make sure you’re putting the best possible team on the ice to give yourself the best possibility to win,” he said. “We believe every hockey player that is here with us is capable of being a part of that, and then it’s up to them to make sure they stay in the lineup.”

Bielby said the sacrifice made by those sitting is part of what makes a championship team.

“We talked about it at the beginning of the season. Winning comes with pain. You’re not going to win anything without some tears and hardships, and this is another piece of that,” he said. “If you’re not in the lineup, make sure you’re a good teammate. That’s been the message all year and I think it’s been received well.”

The Falcons ended up employing four different lineups in the four game versus Pelham.

“ If you liked this story or one of the 4,000 other stories found on our website, please consider hitting the Support Us button on the right-hand side of our home page and making a PayPal contribution to our website. Your support would be much appreciated. If you are a business owner, please consider advertising on our site. Our rates are reasonable and we provide plenty of exposure for your business. Contact bpotrecz@outlook.com for more information.