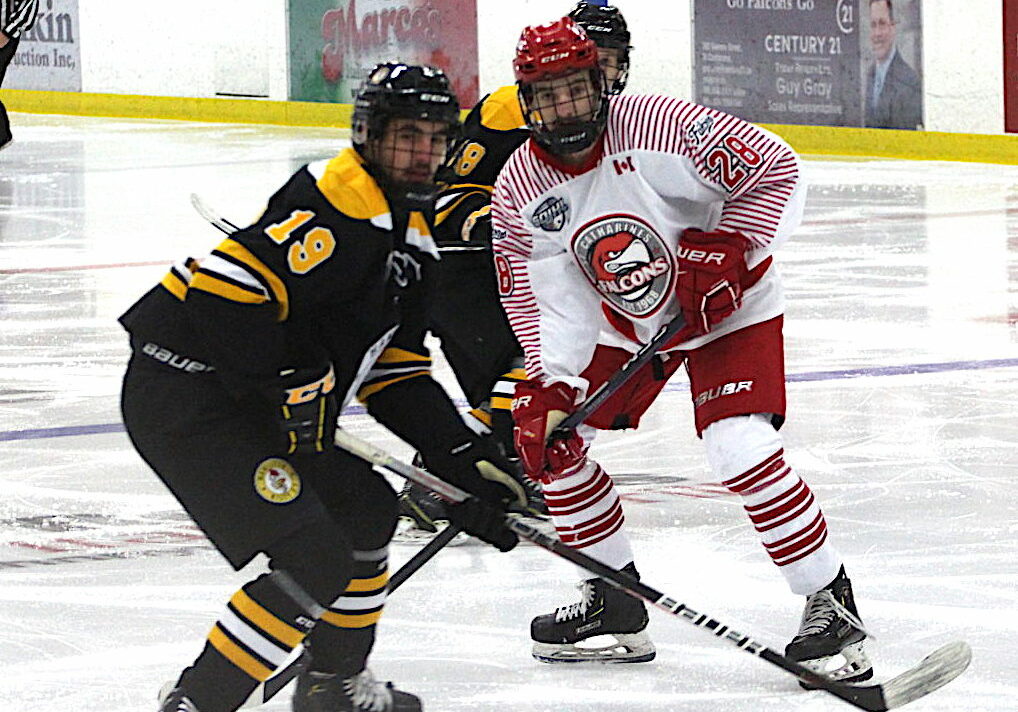 Blake Yetman’s goal with 0.4 seconds remaining sent the game into overtime where Chris Reid won it for St. Catharines with his 12th of the season at the 4:10 mark.

“Good road win, not at our best, also battling adversity with a couple key guys on the shelf out sick,” Falcons assistant coach Matt Miller said. “Aiden Berry, the six goals against is not a reflection on him. All on us need to be tighter and all around better in our D zone. He came up with a game-saving save in OT when we needed it most.”

Yetman collected a goal and three assists and now has 25 goals and 58 points in 31 games to lead the league in points per game and is second overall in scoring.

The Falcons took a 2-1 lead after one period while the game was tied 4-4 after two. The Kilty B’s took a 6-5 lead at the 8:26 mark of the third before Yetman tied the game.

Nate Shirton added a pair of goals for the Falcons while Cameron Lowe had a goal and three assists. Parker Forlin and Calvin Petrovsky also scored.

The victory improves the Falcons record to 29-4-2 and moves them into a tie for first place with the Kilty B’s. Each team has 60 points with St. Catharines holding three games in hand.

The Falcons host the Caledonia Corvairs Friday and travel to Welland Sunday.