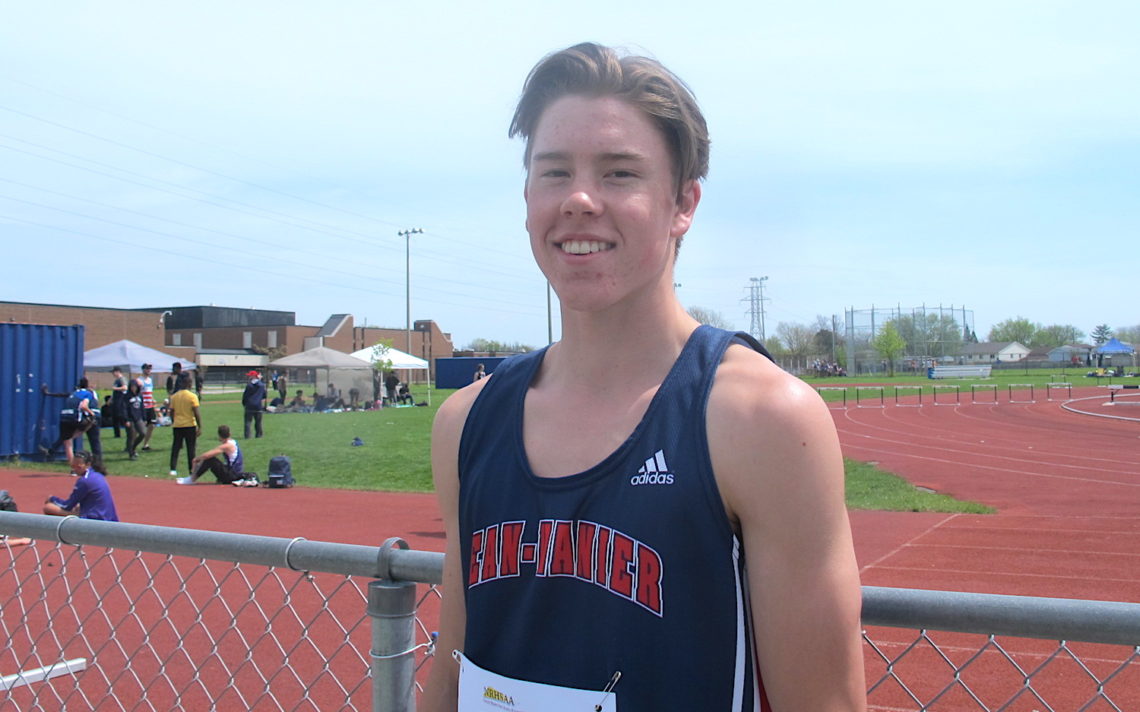 Evan Bartok is anything but a one trick pony.

The 16-year-old, Grade 10 student from Jean Vanier competed at the zone 3 championships Monday at the Niagara Olympic Club in the triple jump and long jump, but his involvement in sports runs much deeper than just track and field.

The Port Colborne resident also plays house league hockey in his hometown as well participating in baseball, volleyball, basketball and cross country for the Lynx.

“I love sports, just the environment and the intensity you get,” Bartok said. “It can get to be a pretty full schedule but I love it.

Bartok admits he has to stop himself at times and go over his schedule so he ends up at the right venue.

“It does get pretty hard at some points but I try and set my schedule as best as I can,” he said. “I write it down if I know ahead of time and set all my bags that I need for the different sports.”

“He’s just a great all-around kid. I think last year he did seven different sports for us in Grade 9,” Duthie said. “He’s very involved with just about everything and he’s not involved just to be involved. He’s actually pretty good in whatever he tries his hand at.”

“I love it. I preach being involved from the moment that they step into the school in September of Grade 9 all the way through. It’s about being involved. It’s the only way to get through high school and have fun.”

Bartok made it to the Southern Ontario Secondary Schools Association (SOSSA) track and field meet last season in the triple jump.

Duthie loves that Bartok is so committed, but also wonders how he would do if he specialized in fewer sports.

“He spreads himself thin at this time of the year which is unfortunate with baseball and a big volleyball tournament we do,” Duthie said. “He is big into baseball which cuts into my time (at track).

“I like them to play as many things as possible and he’s very organized as well, that’s what enables him to be as involved as he is.”

Bartok, too, has wondered too how he would fare playing fewer sports.

“I definitely do think of that as lot,” he said. “I love all sports, but I have some that I really like — volleyball, baseball and track and field. If I dedicated myself to one I think I would definitely improve that a lot.”

Bartok’s commitment to school extends to the classroom where he is a top-notch student.