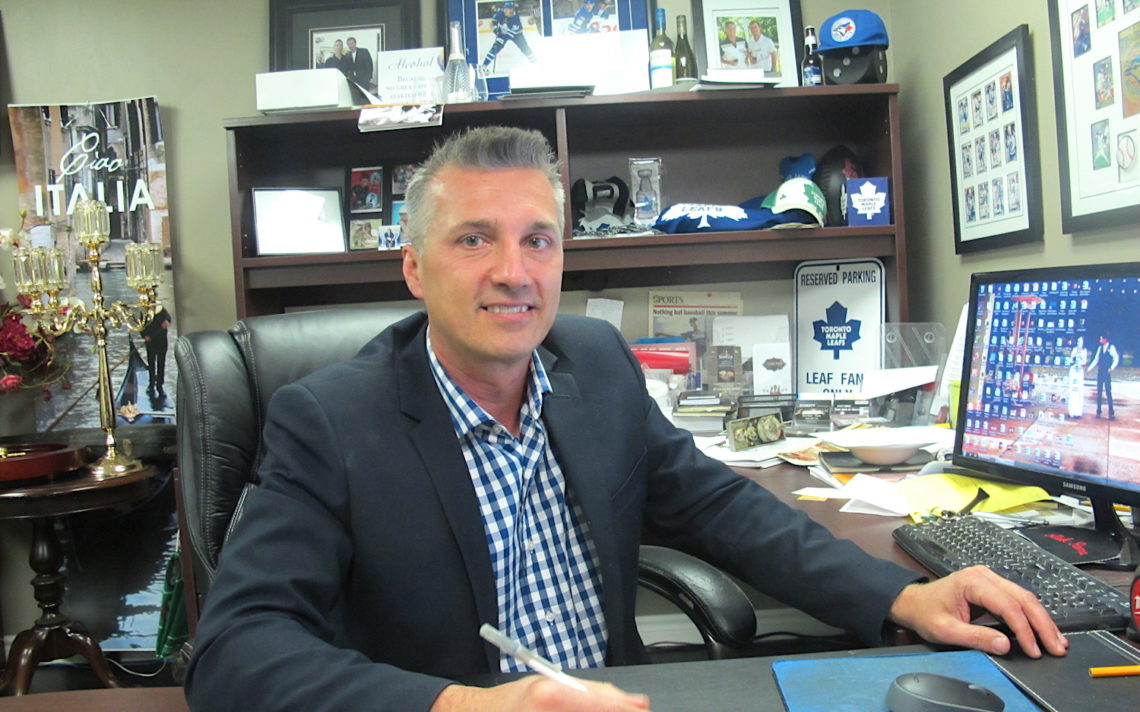 It’s all about family at Club Roma

The club, founded in 1961, has a well-earned reputation as an ideal venue for weddings and perhaps and even greater reputation for its mouth-watering, homemade Italian food.

But Club Roma is so much more than just a banquet hall and pasta.

“Club Roma is community centre that obviously has a business side to it, but also is heavily involved in trying to give back to our community, and that’s driven through our membership-driven mission,” Roma general manager Sean Krawchuk said. “We like to help in any way possible with scholarships and give back in various ways of discounting prices for charity events.

“For us, we’re more than just weddings and corporate events.”

Krawchuk is understandably proud of Club Roma’s contributions and involvement in the community.

He points out the local art hanging on the walls and reels off several charities, such as the Special Olympic Bocce Organization and Gillian’s Place, which have benefited from the club’s generosity.

“Everybody who has a sports team or organization, a lot of times we’re donating our building or giving them things at cost so they can fund raise. We’re contributing by giving back to the community,” he said.

Krawchuk, a 47-year-old Niagara-on-the-Lake native, joined Club Roma six years ago after a dozen years in the hotel industry working for Marriott.

He immediately went to work putting his stamp on the club.

“It’s now more of a business style. The volunteers help in the gardens and help with food, but not because there is an event and they have to.”

The transformation has been dramatic.

“It’s day and night. There’s nothing here I haven’t touched. Not a floor, not a wall, not a washroom. We’ve done a lot of renovations,” he said. “I came here and saw the potential and the diamond in the rough.

“I grew up in the business and the challenge of it all really intrigued me. It’s nice to sort of see my fruition come through, but it’s not done yet.” 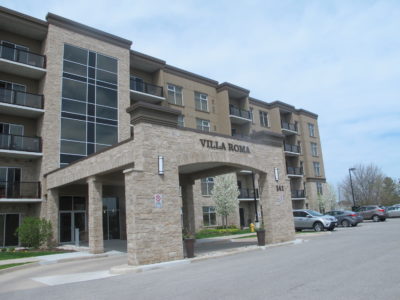 Three years ago, Villa Roma, a 67-unit retirement home, opened next to the banquet hall.

“We’re morphed into this retirement aspect of things where the community can live on our property,” he said. “We offer lunches and they have a building where they can walk in our beautiful gardens that won a Trillium Award last year. It’s more about coming and enjoying things.”

And then, there is the soccer.

Some 750 athletes play the sport at Club Roma, about evenly distributed between house league and travel teams.

“We’re trying to be an organization where people are comfortable bringing their children and playing games, but giving them more than just a field,” he said. “We see our future working with younger generation and older generation and everybody coming together.

“You’ve got the three-year-old playing soccer and the grandmother who lives next door coming to watch with the parents, who maybe are enjoying a bite to eat or an event.”

As well, Club Roma soccer has partnered with St. Francis Secondary School where they sponsor the school’s turf field.

None of the sponsorships or charity work could be done without the catering portion of the club, which drives the business side of the operation.

Krawchuk said the club prides itself on great food, service and flexibility.

“We’re busy because we’re value driven,” he said. “Weddings for instance — chairs, centre pieces, backdrops — are included. We capture a lot of business because of that. We’re not looking at making a million dollars, we’re looking at surviving so we can contribute to continue to give back to the community.

“I don’t turn anything away. There are events that cost me money, but I’m supporting a local school.

“I’ve had several occasions where a 20-person barbecue turns into a 300-person event. People see the property and how flexible we are, and they really start to come out.”

Trees were recently cleared to make way for a 53-unit condominium-style building that is already 80 per cent sold.

Once that is complete, Krawchuk would love to see a gym built on the property, subject to approval by membership. His visions includes a spa on one floor, a training centre for the soccer teams on another and a workout space on a third floor.

“It ties into the retirement home, into the performance of our soccer teams, and will allow us to bring that next generation through of our membership.”

Krawchuk said the club has about 500 members and the club is open to any member of the community. Yearly fees are $100. Any person who has been a member for 10 years and is 65 does not pay fees.

The club employs 50 to 75 people and Krawchuk beams with pride when discussing the employees’ work environment.

“The great things about Club Roma is that this is a family business driven based on a family feel,” he said. “The staff has lunch together and we generally care for each other.

“They like it and stay. If you enjoy where you go to work, there’s nothing better. We strive for that family feel.” 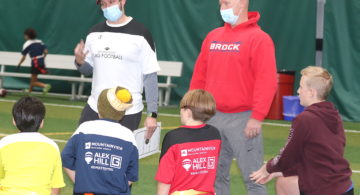