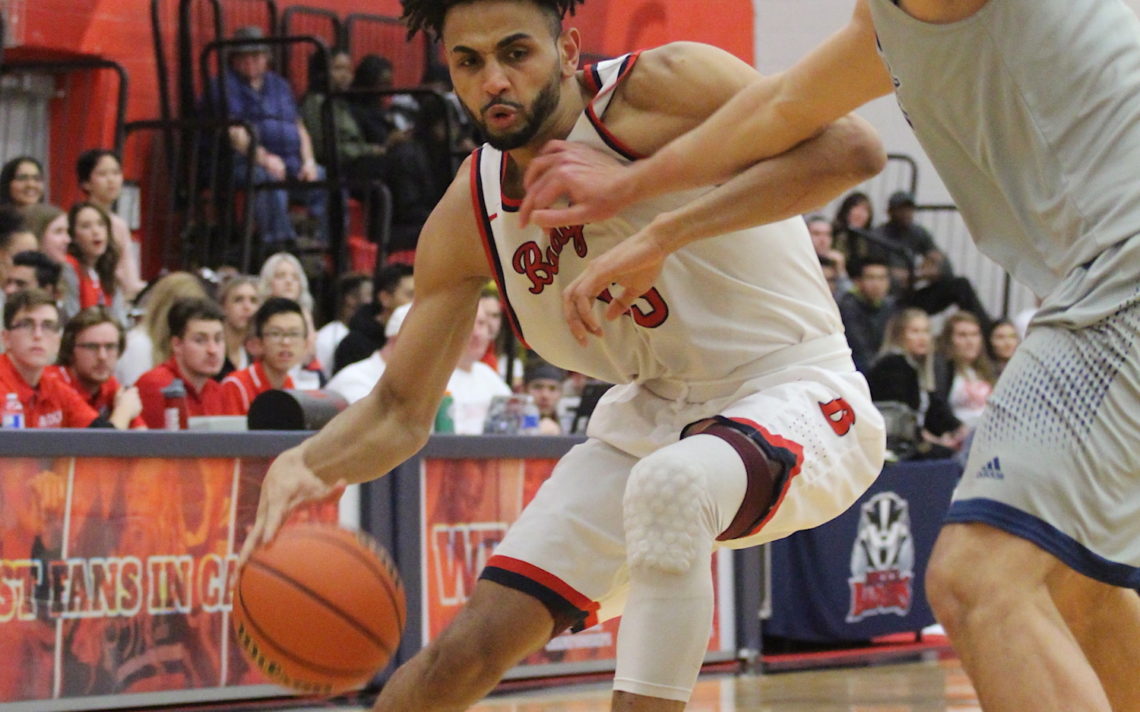 Elgadi cranks it up for stretch drive

Night in and night out, Dani Elgadi is the key player on the second-ranked Brock Badgers men’s basketball team.

But in recent weeks, the 6-foot-7 forward had taken his game to an even higher plateau. Going into Saturday’s home game against the Windsor Lancers, Elgadi had been averaging 23.3 points and 12.2 rebounds in the last six games to push his season averages to 17.9 points and 9.9 rebounds. He sits third in Ontario University Athletics in rebounding and eighth in scoring.

The Waterloo native began his hot streak when Brock hosted Ottawa and Carleton before the Christmas Break. Although Brock lost both games, Elgadi played well and has carried that on in the second half of the season.

Brock head coach Charles Kissi felt the Carleton game was a pivotal one for Elgadi.

Kissi has seen Elgadi continue to perform since that weekend.

“He is the same guy but he is a lot more aggressive and he’s thinking a lot less,” he said.

Kissi is as hard on Elgadi as he is on any player on the Brock team.

“Any time you have massive responsibility on our team, it comes with a large amount of accountability,” Kissi said. “We are hard on everybody but he carries a lot of the load.”

He agrees Elgadi is giving him a lot of good minutes, but he wants even more.

“We’re greedy with everybody,” Kissi said. “We want more from everybody.”

He is certainly getting a lot from Elgadi, who knows his Brock career is winding down.

“It’s starting to hit me now,” he said. “It’s second semester and there’s only a certain number of games left and I want to have my best games.”

Being a Badger has been a labour of love for Elgadi. 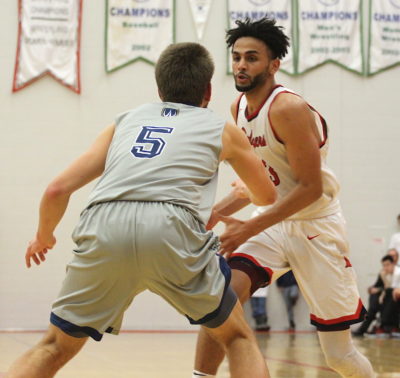 “I’ve loved every moment of it. This has been my home for five years and I just want to cap it off in the right way.”

He wants to end his career without regrets.

“I want to go hard,” he said. “It is only a couple of games until I am done and I have that feeling of what am I going to leave on the court now?

Things have changed since Elgadi first arrived at Brock. He has plenty of good teammates and doesn’t need to score big every night for Brock to succeed.

“I am going with the mentality of how can I step on the court and make my teammates better,” he said. “As teams load up on me, whether it’s a real double team or compacting the paint, I have to be aware and kick out the ball.”

He has plenty of options when he kicks the ball out.

“You can see our starting lineup and our bench,” he said. “We have a lot of talent and there’s no need to force it.”

Elgadi didn’t need to play a ton Saturday as the Badgers thumped the Lancers 83-54. He ended up with 16 points and nine rebounds in 20 minutes of playing time.

Except for a sloppy fourth quarter when the game was out of hand, Brock played solid, especially on defence.

“It was better than last night,” Kissi said. “Last night, we gave up 88 points which was really unusual for us.

“We just have to get better on both ends.”

Kissi felt the biggest difference between Saturday’s romp and Friday’s 99-88 victory over Guelph was his team had a little more attention to detail.

“Sometimes we lose focus in areas that we can’t afford to lose focus in,” he said. “We were better tonight but not great. We are trying to peak at the right time.”

Elgadi netted 26 points and grabbed 14 boards to power the Brock men to a 99-88 road victory over the Guelph Gryphons Friday night.

Tied 22-22 after one quarter, Brock built a 50-40 halftime lead and hung on for the victory

Top scorers for Guelph were Taylor Boers (17) and Banky Alade (14).

BPSN Star of the Game: Brock’s Dani Elgadi with 16 points and nine rebounds in 20 minutes of playing time.

Up next: Brock hosts Guelph Wednesday at 8 at The Bob.