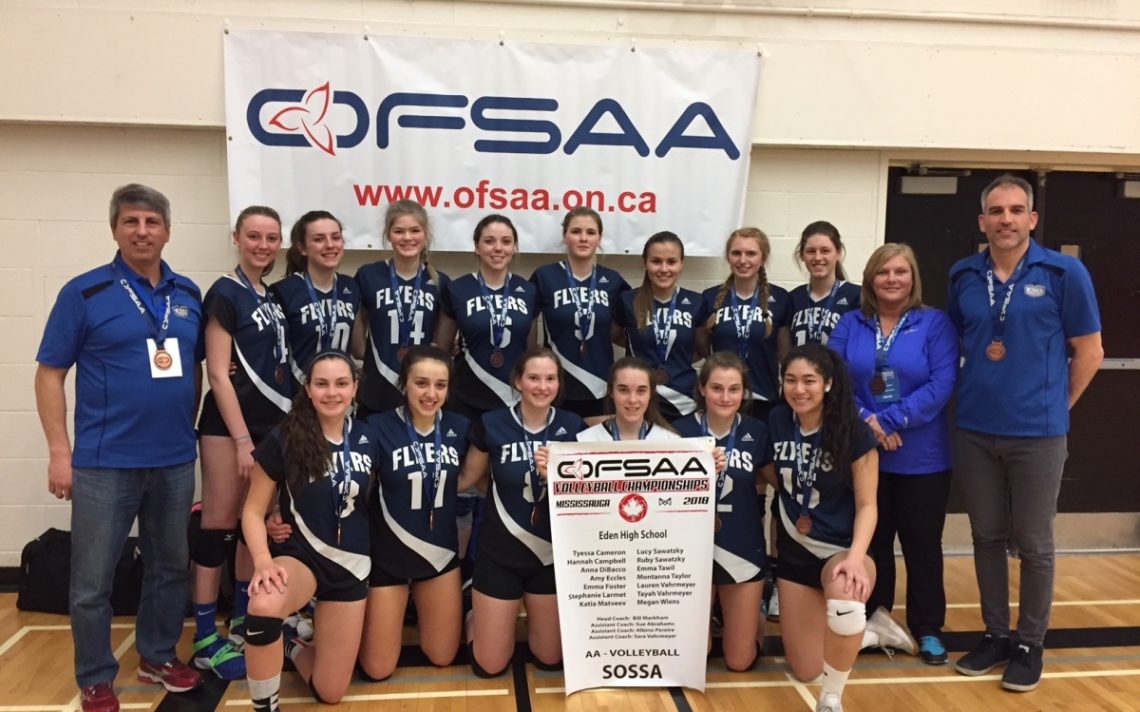 The Eden Flyers senior girls volleyball team won a bronze medal at the OFSAA AA championships in Mississauga. Photo from the OFSAA website.

The Eden Flyers senior girls volleyball team achieved its goal and then some at the Ontario Federation of School Athletic Associations AA championships in Mississauga.

After making it to the quarter-finals last year, the Flyers wanted to take it one step further and make the semifinals. Eden did just that and ended up bringing home a bronze medal. 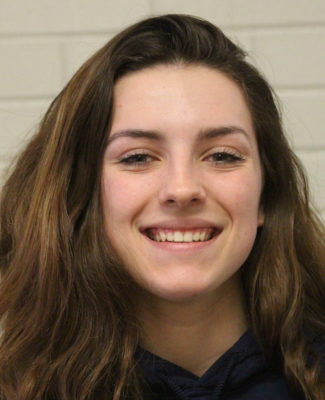 “We were really excited that we got past the quarter-finals, especially after the upset we had last year and not making it,” setter and team captain Montanna Taylor said. “It was overwhelming and emotional for all of us.”

“It was exactly like it should have been and there was no better way to win in the quarter-finals,” Taylor said.

Eden was winning the fifth and deciding game 14-9 with Taylor serving and she missed her serve.

“It happens and the girl who went to serve next (for Riverside), she got them back in and we had to call two timeouts within that time,” she said. “It just kept going back and forth and back and forth.” 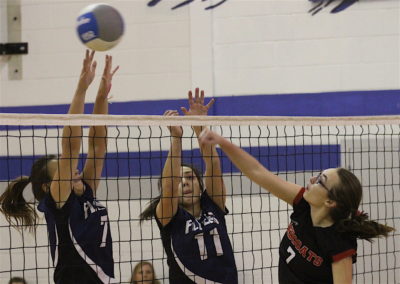 With Eden leading 16-15, there was a joust at the net (when two defending players go for the ball just above the net at the same time and attempt to push it back onto their opponent’s side) and one ref called it a point for Eden to give it the match. Riverside challenged the call and the decision was reversed to make the score 16-16.

“So many girls were crying and overwhelmed and we had to stop and realize that we had to continue playing,” Taylor said. “A lot of us were really satisfied that we ended up winning by a fair call instead of something that was controversial.” 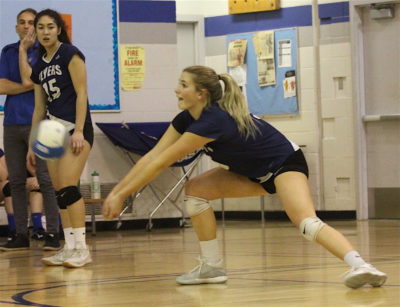 “The pressure was off because we had done mostly what we wanted, which was medal, but there was also a lot of underlying pressure living up to how the boys played at OFSAA,” Taylor said. “We want to do well  and it’s tough to lose two games and get antique bronze.”

Taylor graduates from Eden this spring and the bronze medal was a great way to cap her career. She felt that closure at the end of the bronze-medal match.

“I didn’t process the greatness of it right away — bronzing at OFSAA — but I was really happy about how we all became one during that game,” she said. “Everyone was so emotional and crying, but it was also sad at the same time because we knew it was the last time we would play a game with all of us together.” 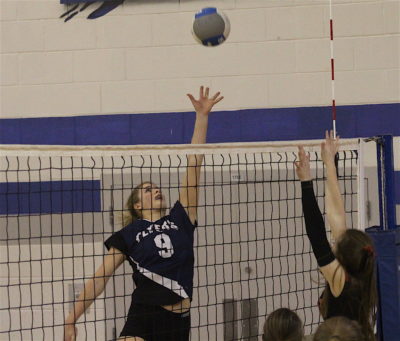 The Flyers’ only losses in the tournament came to the teams that won the gold and silver medals. It was a season that exceeded expectations.

“If you would have seen us at the beginning of the year, a lot of people would have thought that was a big stretch,” coach Bill Markham said. “At our very first tournament, we didn’t win a single match at the McMaster tournament.

“We were very discombobulated.”

Eden started to win once the team began to believe in the process.

“We run a system that requires everyone to be a part of,” Markham said. “A lot of the teams we met at OFSAA would have one or two really good players and they rely on them.

“We had a bunch of really good athletes who all needed to trust each other.”

That trust proved crucial in the bronze-medal match when one starter left the game with a concussion.

“We had to put in two girls who have played occasionally in those positions, but not on a consistent basis,” Markham said. “The girl that we put in front row, right side, Hannah (Campbell), scored three for three. It was just unbelievable.

“The fact that Montanna set to her showed that we believed  we could put anybody in any position and they would do their job.”

The other thing Eden worked on al season was not getting down or discouraged.

“I gave them all a rubber band at OFSAA and told them that every time they made a mistake, they should snap it,” Markham said.

Eden volleyball generally reloads rather than rebuilds, but Markham feels it will be more of the latter next season. Almost the entire team is graduating and only one starting Grade 11 player is returning.