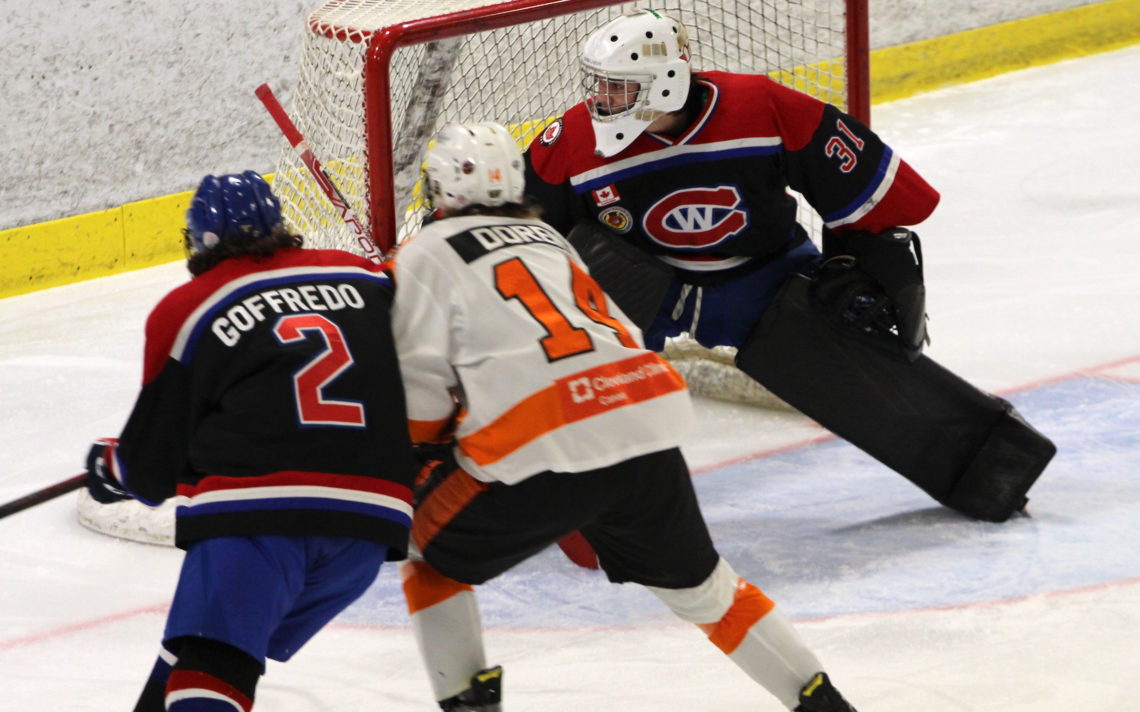 Doug Doren has found his niche with the Fort Erie Meteors.

The 19-year-old native of Cleveland came to the Meteors in the off-season but struggled initially to score before reinventing his game by becoming a threat on the other side of the puck.

“He’s the best defensive centre in the league, in my opinion,” Fort Erie coach/general manager Nik Passero said. “He’s top three in face-offs in the league.”

Doren’s game really took off when Passero inserted him on a line between Michael Angrilli and Owen Kelley. 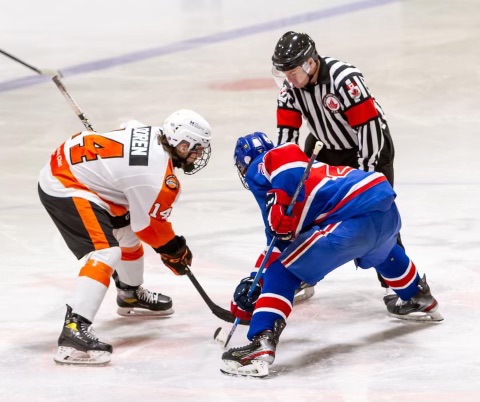 “It took him a little bit to settle into his role but once he got on that line — they’ve been playing together since early December — they have really solidified our forward group,” Passero said. “They are our identity line. When we’re full tilt and full go, that line is our best line. They really took it to Welland. They dominated Welland and big reason why we beat them.”

Doren, who picked up three assists as the Meteors swept the Junior Canadians in four games in the first round of the Greater Ontario Junior Hockey League, Golden Horseshoe Conference quarter-finals, is happy to contribute in any manner he can.

“I honestly don’t consider myself a defensive player, I just try to adapt,” he said. “Offensively, things haven’t been the greatest so I adapted and got used to that role and I kind of enjoy it now.

“I like going out there in the D-zone and winning the draw.”

He also enjoys playing with Angrilli and Kelley.

“It’s really nice. I can trust both of them. If I make a mistake in the D-zone I know they will have my back and clear it out and they’re also great in the offensive zone too.”

The reliability of the line has earned them extra ice time in key situations.

“Doug would tell you it took him a little to settle into that role but it gets you four five extra shifts,” Passero said. “They take the D-zone draws, they’re on the last minute of the period and in the one-goal games. Doug is the one winning the face-offs. He starts every penalty kill.” 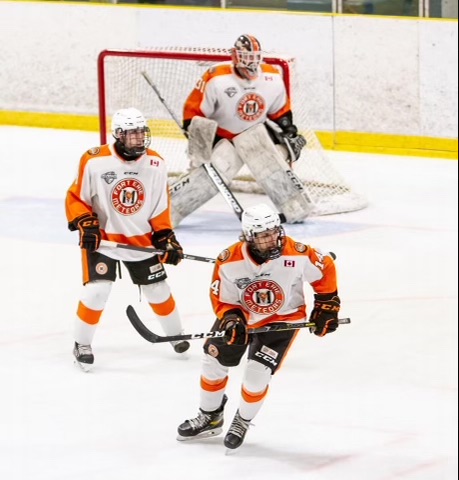 “Doug is strong. He’s a big kid and he knows the game well,” Passero said. “He’s very coachable and does all the little things that I try to get the other 12 forwards to do every night. He does them shift in and shift out.”

Doren finished the season with only three goals, but going forward Passero feels those numbers should improve.

“His offensive game has always been there. He’s struggled a little bit but he had a great first round and that line, although they get it done defensively, when you always have the puck you’re going to score,” he said.

Doren was recommended to Passero by former Meteor Liam Conway and immediately fit it.

“He came in for the Niagara Falls tournament and he played a couple of games and you could see right away he knew the game really well,” Passero said. “When a guy is that big and that strong and knows the game well, he’s tough to beat.”

Doren admits he knew nothing about the Golden Horseshoe or Fort Erie.

“I was looking for places to play. Honestly, I didn’t (know) but it’s a great city. It’s pretty nice here,” he said. “I didn’t really know a lot about this league so I was a little nervous. I struggled at first but I started to fit in.”

Doren, who also played baseball and lacrosse growing up, is looking forward to the challenge of squaring off versus the regular season champion Hamilton Kilty B’s in the semifinals. Game 1 is Monday in Hamilton with Game 2 in Fort Erie Wednesday, April 15.

“We played them in a lot of close games, games we should have won. I think we can beat them,” he said. “It’s going to be difficult but I’m excited for the challenge. I think we can do it.”