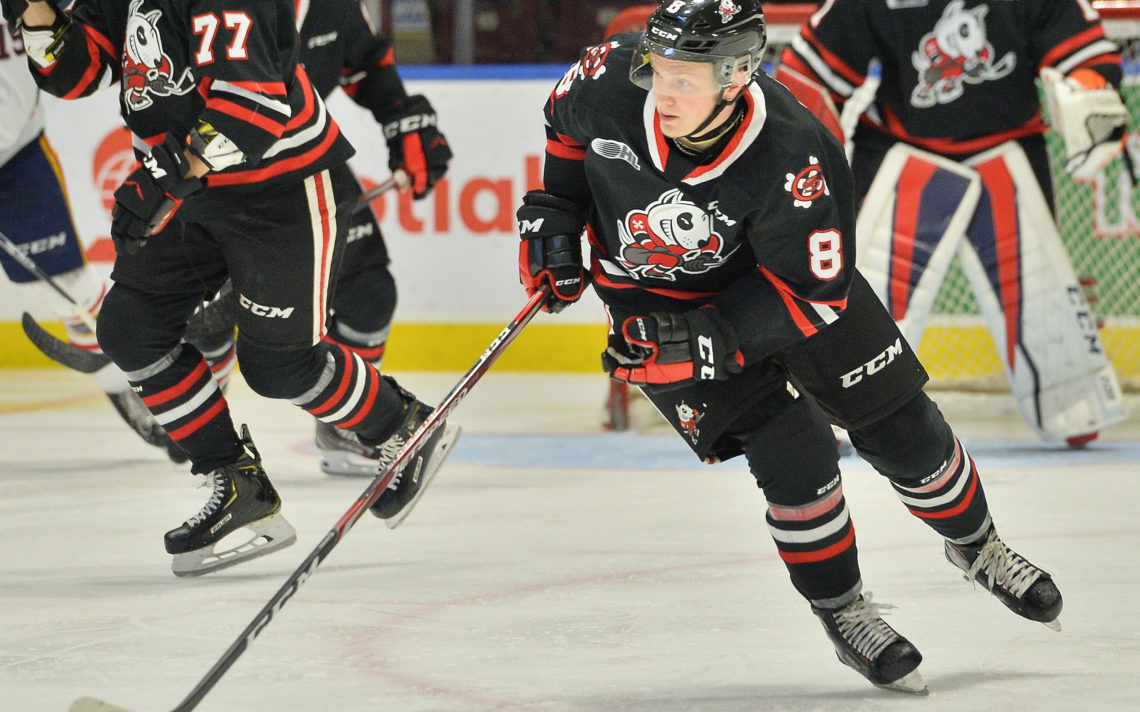 A text message went a long way in convincing Jackson Doherty Ryerson University was the perfect fit for him.

The Rams reached out via text just after Christmas when their recruitment officer touched base to see if the Niagara IceDogs winger would be interested in playing for their men’s hockey team.

A Zoom call with Rams head coach Johnny Duco was set up and over the next hour Doherty and his parents realized the Toronto school might be exactly what they were looking for.

“They told me about the school and were interested in me as player,” Doherty said. “They liked the way I played, kind of gritty and hard working with a little bit of skill, could make a difference out there and could make an impact.”

“I wanted to be somewhere I was wanted,” Doherty said. “I’m exited to get going there.”

Doherty feels like his game will translate to the university level.

“I don’t know if the jump is going to be as big as when I went from minor hockey to the OHL because a lot of these guys played in the OHL so it’s kind of the same style of hockey,” Doherty said. “It will be a bit rougher for sure but that’s the way I play so I think I’ll be fine.”

Doherty, a 20-year-old Ancaster native, joined the IceDogs in 2019 after two seasons in Owen Sound and produced seven goals and 15 points in 57 games while providing some much needed experience.

“We were very fortunate to bring in Jackson last year as we needed a solid veteran to help stabilize a young core and that’s exactly what he did,” Niagara head coach Billy Burke said. “Jackson competes hard on the ice and was able to play up and down the lineup, in all situations and always did whatever was best for the team.

“He quickly became a very popular player and a leader for us on and off the ice.”

Doherty was hoping for one final season in Niagara — he would have been in competition for one of three overage spots — but the OHL has yet to announce a return to play and the calendar is approaching April.

The OHL has been idled by the COVID pandemic since March of 2020.

“It’s been just over a year since I played. Luckily for me I have been skating the whole time, even when there were lockdowns I was fortunate enough to be skating,” Doherty said. “It does suck. I really want to play hockey games.

“I’m definitely going to miss the rink and the fans.”

Doherty said he also appreciates all his billet family, John and Trish Rodney and their two boys, did for him.

“I really liked the billet family I was living with. They’re great people. I really enjoyed it,” he said.

For now, Doherty will continue to skate as much as possible while continuing to go to the gym.

“I’ve been working out for 10 months,” he said. “The one thing is it will be hard to get back into that game shape that we were in.”

Burke feels Doherty will excel at the next level.

“I’m excited for Jackson and this next opportunity for him. There isn’t a doubt in my mind he will be an impact player on the ice and knowing him personally, he will be a great addition for a great school in Ryerson.”