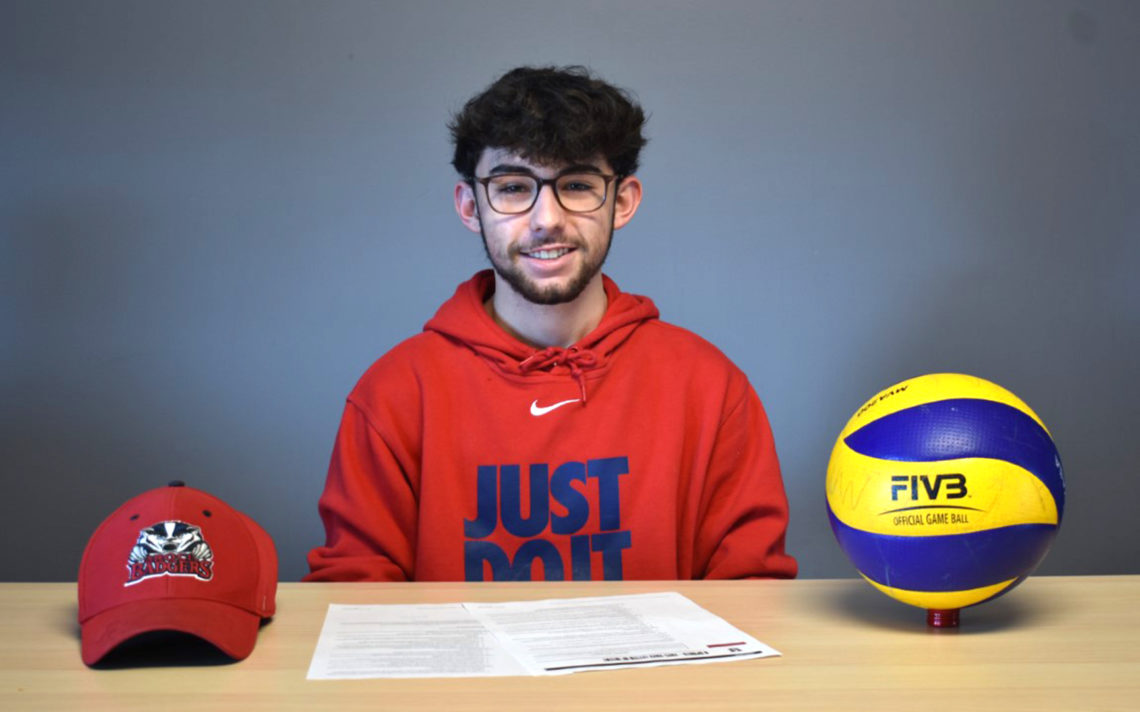 The 19-year-old Beamsville native played for the Niagara Rapids travel volleyball program and attended Beamsville and District Secondary School and Blessed Trinity before moving to Ottawa for his Grade 12 year.

After one season of Ontario Colleges Athletic Association play at Fanshawe College, the former Ontario Volleyball Association all-star will be joining the Brock men’s program for the 2021-22 season.

He was attracted to Brock by several factors.

“It is obviously my hometown university and it is only 20 minutes down the road,” he said. “I grew up watching the team when they first got their program back. Watching all the young volleyball athletes in the area coming out to support the post-secondary team really drew me in.”

He is also a big fan of Brock head coach Matt Ragogna, who was Levere’s head coach for three seasons when he suited up for the Rapids.

“He is one of the most supportive and knowledgable coaches out there and it’s a friendly face that I will be playing for again,” Levere said.

The familiarity is crucial for Levere.

“It is super important. He knows me as a person and as a player on and off the court. He knows exactly what my personality is in games, how I am doing and how we can translate that to off court and work on stuff. That connection is going to be really good for us.”

Ragogna is delighted to be back coaching Levere.

“It is kind of cool to see him come full circle and make his way back into the Niagara region and play with Brock,” he said. “He played with a great program at Fanshawe with one of the top coaches in the league and even across Canada in Pat Johnson.”

Ragogna feels Levere checks off all the boxes in what he looks for in the recruiting process.

“He is someone who is a hard worker, someone who is about the culture and someone who gets along well with his teammates,” he said. “He is a pretty calm presence on the court and he doesn’t get too high or too low. He plays a solid all-around game.”

Like every post-secondary volleyball player in Ontario, Levere lost his last volleyball season to the COVID-19 pandemic.

“It was honestly very tough because I was obviously looking forward to the season but it also gave me an opportunity to focus on school, train and work out as much as I can just prepping because I knew I was going to go to university,” the 5-foot-10 libero said. “It was good to focus on myself, get in shape and get ready for the next level.”

As a rookie with Fanshawe, Levere played in every game and registered 89 digs and 22 assists from the libero position. His college experience will help his transition to university volleyball.

“Playing in the OCAA showed me the difference between playing against guys my age and guys who are three and four years older than I am and have that much more experience,” he said. “It was very eye-opening to see the level of play and difference between club volleyball and post secondary.”

Levere, who trained with Team Ontario’s Elite program and was selected to the Youth National Team Selection Camp, felt his game got better during his one season with Fanshawe.

“I was in every single game as a rookie that year and it made me realize how important having a voice out there is and being a vocal leader as a young guy,” he said. “That improved my game a lot.”

He can’t wait to get started at Brock.

His personal goals for the season are to show up in the best condition he can and get off to a good start.

“I want to compete day in and day out in practice and prove that I am at the level that they are and that the two years between high school and university have made me better.”

Levere, who studied police foundations at Fanshawe, will be taking psychology at Brock. 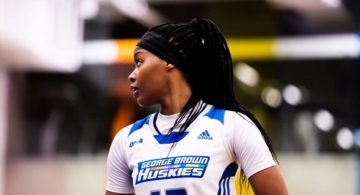